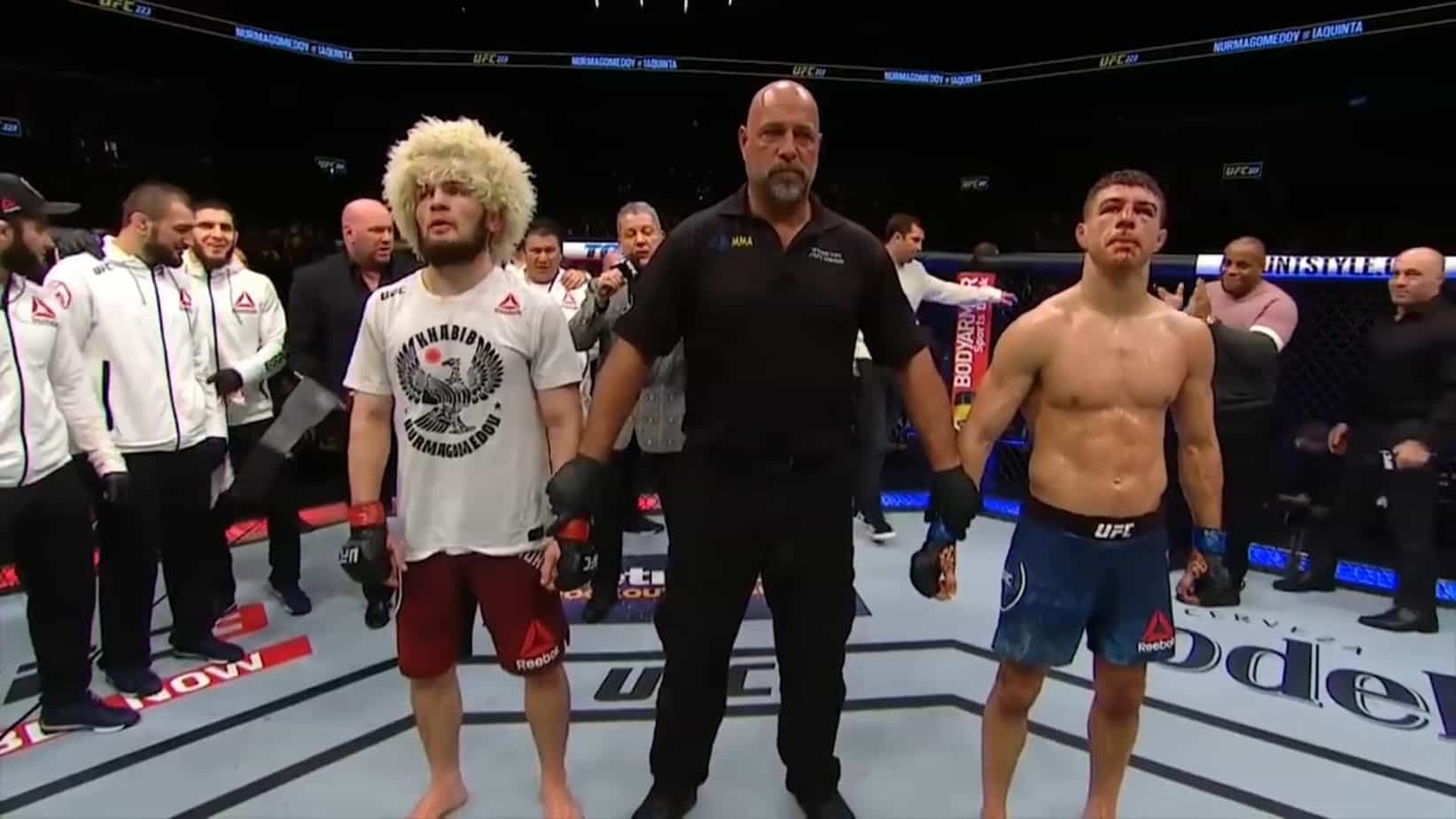 Ever watched a UFC fight and wondered what is the UFC referee salary?

In the rest of the article, I will discuss some specific numbers regarding UFC referee salary, what affects that salary, and how much are best UFC referees making.

Also, I will include the UFC judge salary and show you some really interesting numbers.

UFC Referee Salary: How Much Do UFC Refs Make?

The UFC referees are hired and paid on a fight-to-fight basis, although more money is earned for bigger PPV events.

The fact is that there is a basic salary for different categories of referees and it increases based on their reputation, the event and the money the promotor has.

For example, big name referees such as Herb Dean and “Big” John McCarthy earn substantially more than their lesser known peers for the same event and category, but that is business.

These numbers concern only professional referees with a high reputation in the UFC.

Younger referees earn as little as $250 per fight, but the less reputable pros manage to average about $500 per match.

If we include the fact that younger referees don’t actually get invited to pay-per-view events, the yearly amount of c. $14,500 is not just unfair compared to the above-mentioned sums, but also quite small.

These are, of course, just official numbers and there are speculations that some of the numbers go even higher.

Women referees average about $1,000 per fight if they have a high reputation, but it’s usually even less than that.

The difference is even more visible with pay-per-view events, where women earn just $3,000, compared to the more than three times higher amount their male peers earn.

UFC Judge Salary: How Much Do UFC Judges Make?

The issue with the judges is that they don’t have a high reputation in the world of MMA in general. Their decisions are often criticized and many commentators.

While there is no official confirmation, the Internet anecdotally reaffirms that UFC judges make $900 per fight, which is substantially less than the referees, with the younger ones being an exception.

How the fee is calculated is not exactly known. But, compared to some known data – this seems to be a relatively high amount of money.

To add to that fact, the Nevada State Athletic Commission (NSAC) states in its rules that the judges don’t get any sort of pay, just a non-fixed compensation for their participation in the match; the amount depends on the event and other external elements. [2]