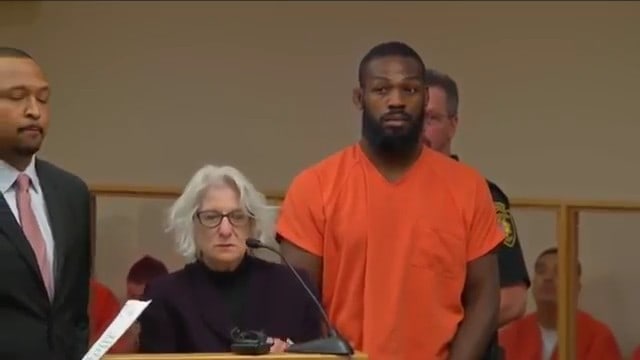 According to a KRQE News report, UFC champion Jon Jones reported to the Metropolitan Detention Center (MDC) on Friday and began serving the four-day sentence he received for the March incident this year.

Jones is allowed to do his 96 hours of programming outside of MDC, but he will have to wear a tracking device around his ankle, which, according to the same source, he decided to do.

Recall, Jones was arrested on March 26 in his Albuquerque for drunk driving and negligent use of a firearm. The UFC champion pleaded guilty to driving under the influence of alcohol, and as part of the deal, other charges were dropped.

In addition to the aforementioned 96 hours for which he reported to the MDC, Jones was told, according to U.S. media reports at the time, that he could leave his own home only with special permission. In addition, he received a year of probation, 90 days of outpatient therapy and 48 hours of community service.

Jones, let’s mention, is currently without a signed fight and is fighting a big battle with the UFC over financial conditions.

“If I need to have a bad relationship with Dana (White) and take a break for two or three years, just to point out everything that’s going on … These are the things that make people remember you more than they remember you after winning the belts. I’m here because of the young fighters. I am not currently interested in fighting in the UFC and so it will be until they pay me as much as I deserve. I think I am sending a very strong message when I stand by what I believe in. I also think that after some time in the UFC, you realize how stubborn they are, that they have one particular athlete in me and that they will eventually find themselves halfway with me, ” Jones said in a Wild Ride podcast.