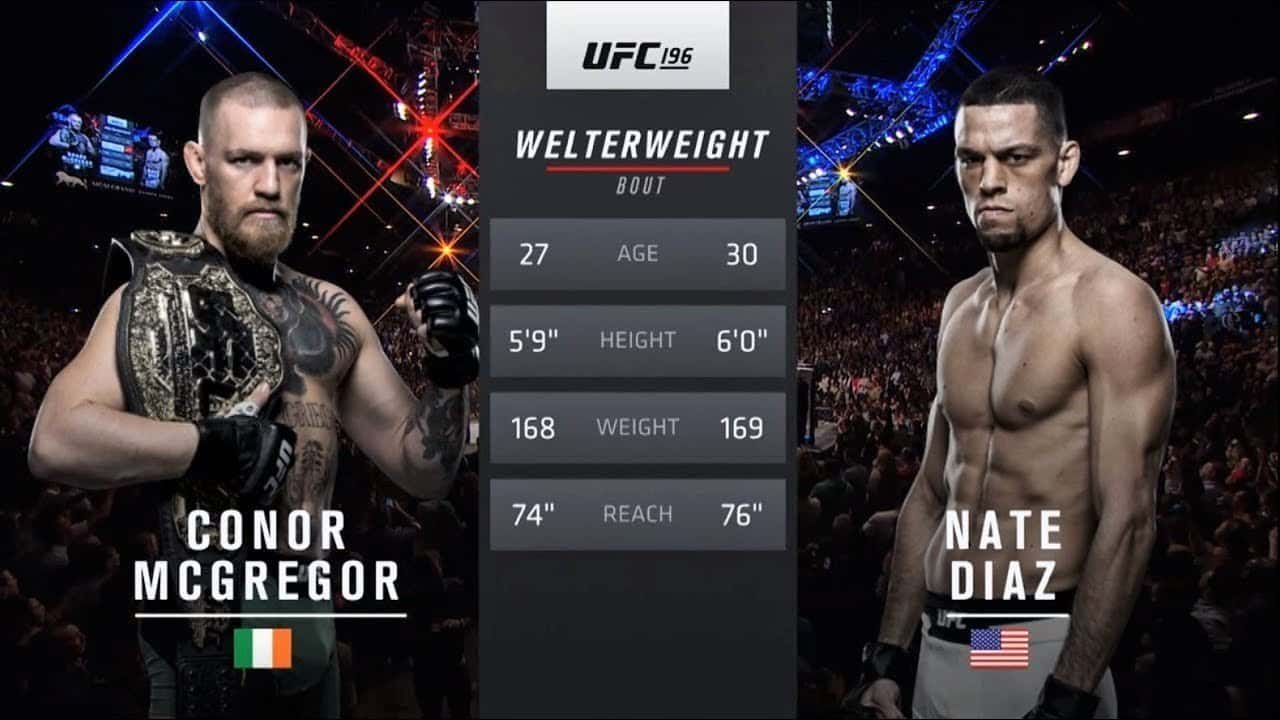 The UFC has decided to honor its fans with one of the most famous fights in recent MMA history, the first bout between Conor McGregor and Nate Diaz.

Diaz, let us remind you, jumped into the match with the biggest MMA star of today as a replacement for the injured Rafael dos Anjos, and he agreed to that only 11 days before the event.

Given that the popular fighter from Stockton did not have much time left to lose weight, instead of a match in a lightweight, a welterweight clash was arranged.

It was a great fight, but also an evening in which Diaz surprised the Irishman in front of 15,000 spectators in the hall and millions in front of small screens, and chocked him in the second round by inflicting his first defeat under the auspices of the UFC.

Let’s also mention how Conor leveled the score in a rematch held about five months later.

Below you can see a whole fight where Diaz shocked McGregor