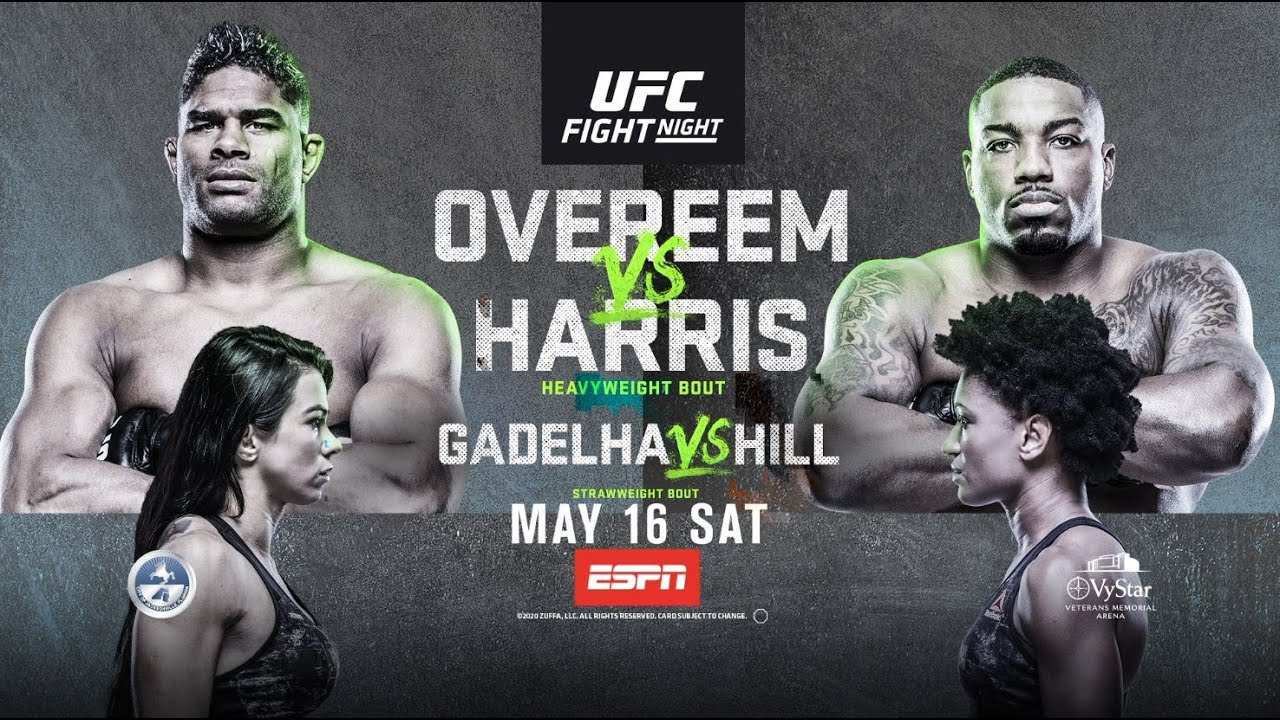 The latest UFC event just wrapped out and we bring you our review of it and who we expect for winners to face next.

UFC Fight Night 176: Overeem vs Harris was the third UFC event in just a week. It was full of questionable decisions, but the main event sure delivered.

There is a clear answer to who’s next for Overeem. He fought almost all contenders at heavyweight except Derrick Lewis. The fight with “Black Beast” has the perfect sense. With Stipe and DC trilogy coming up, and Francis Ngannou being the first contender, Overeem and Lewis should fight. The winner might be the next in line for the title after Ngannou.

Walt Harris has had some rough time in the last few months. Before the Overeem fight, he was coming off three KO/TKO wins in his last four fights. After this loss, he should win a fight to come back into the mix. Some possible fights are Sergei Pavlovich, Blagoy Ivanov, maybe even Greg Hardy.

With a win over Angela Hill, Gadelha has two wins in a row. Although she is still not a real contender for a title, she is not that far. After beating Randa Markos and Angela Hill, Claudia needs a top contender. With Rose Namajunas and Jessica Andrade having their rematch, and Tatiana Suarez being injured, possibilities for Gadelha are rematch with Nina Ansaroff or maybe even rematch with Andrade (there are speculations that Rose is not fighting soon).

Before this fight, Angela Hill was on a three-fight win streak. Although she lost, the fight was really close, and she should get another chance against a ranked opponent. Michelle Waterson, who has two losses in a row might be a way to go.

Before the fight, Dan Ige was ranked as #15 featherweight contender. Although not ranked in the featherweight division, win over Edson Barboza means a lot. He should have a jump in rankings, and his next opponent should be a ranked featherweight. Frankie Edgar and Jeremy Stephens are the highest-ranked opponents he could ask for.

Although Edson Barboza lost the fight, the decision was somewhat questionable. He made 145 pound fight, and we don’t see why should he continue to fight at featherweight. In fact, we might have a perfect fight for him. As stated, nobody wants to fight Ryan Hall. It is said that “styles make fights” and putting one of the best grapplers against one of the best strikers in the division is a recipe for an amazing fight.