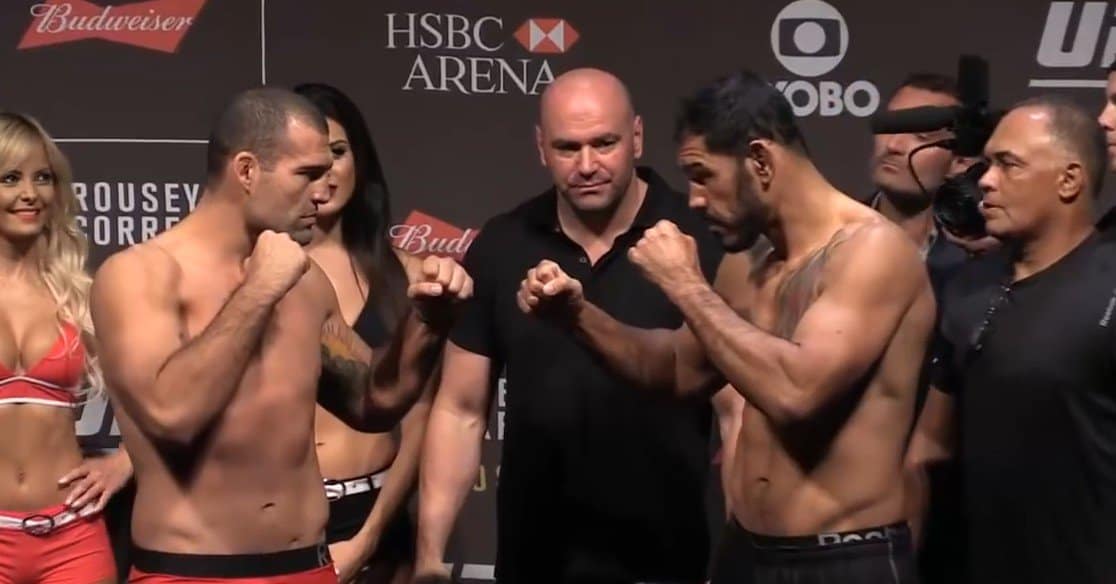 “Fight Island” is close. And we will see Antonio Rogerio Nogueira vs. Mauricio Rou fight for the third time on the Island.

During a recent interview with “Jackass” star Steve-O, Dana said that the UFC is making the Nogueira vs. Rua fight on the Fight Island. The same card is expected to be headlined by Robert Whittaker and Darren Till.

Mauricio is returning to the cage for the first time since a draw against Paul Cragin in November. Before that, Rua won four of his last five fights. In that period, he only lost to a future title challenger Anthony Smith.

On the other hand, Nogueira has lost four of his last six bouts. Last time he fought over a year ago at UFC 237 last May. Then, he was knocked out by Ryan Spann.