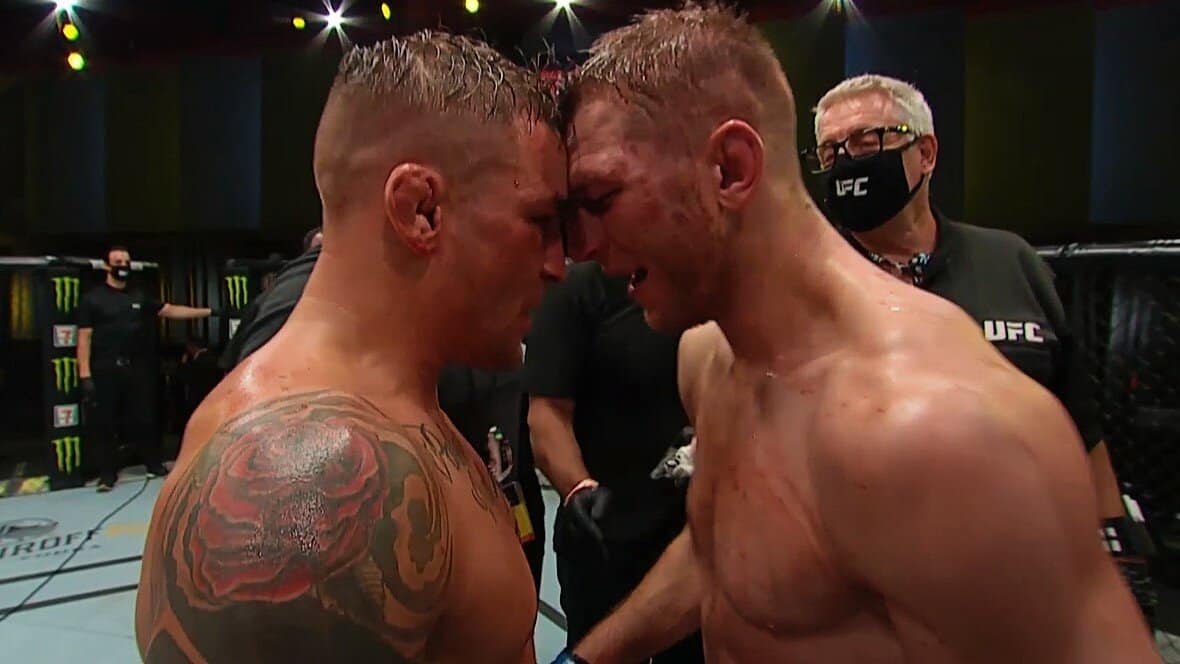 “In an empty arena, we are watching perhaps one of the best fights in history…”

Dustin Poirier defeated Dan Hooker on Saturday night and successfully returned to the Octagon after a nine-month break, and what ‘The Diamond’ and his rival afforded us delighted both fans and professional MMA fighters.

The brutal and ruthless battle from Las Vegas was declared the best fight of the UFC on ESPN 12 show, and we would not be surprised if in some six months it will take the title of the best in 2020.

The bombs that Poirier and Hooker survived, but also the techniques with which they once again confirmed all the splendor of their talent, we will not forget so quickly. And that this was an attractive clash is only confirmed by the numerous reactions of their colleagues.

Immediately after the event, Khabib Nurmagomedov, Tony Ferguson, Justin Gaethje, Francis Ngannou, Kamara Usman, but also many others whose reactions you can read below.

Reactions to Poirier Vs. Hooker:

I’m so happy right now! The diamond is back! @DustinPoirier #UFCfightnight

These dudes are trying to kill each other

It hurts my face watching this fight. #UFCVegas4

That was an awesome fight. Good win for @DustinPoirier and @danthehangman definitely deserves a seat at the big dog table.

That was one five round fight I’d watch anytime ?? #UFCVegas4 nonstop action from bell to bell. Respect guys #PoirierVsHooker

You can watch the highlights of this great match between Poirier and Hooker on our link.