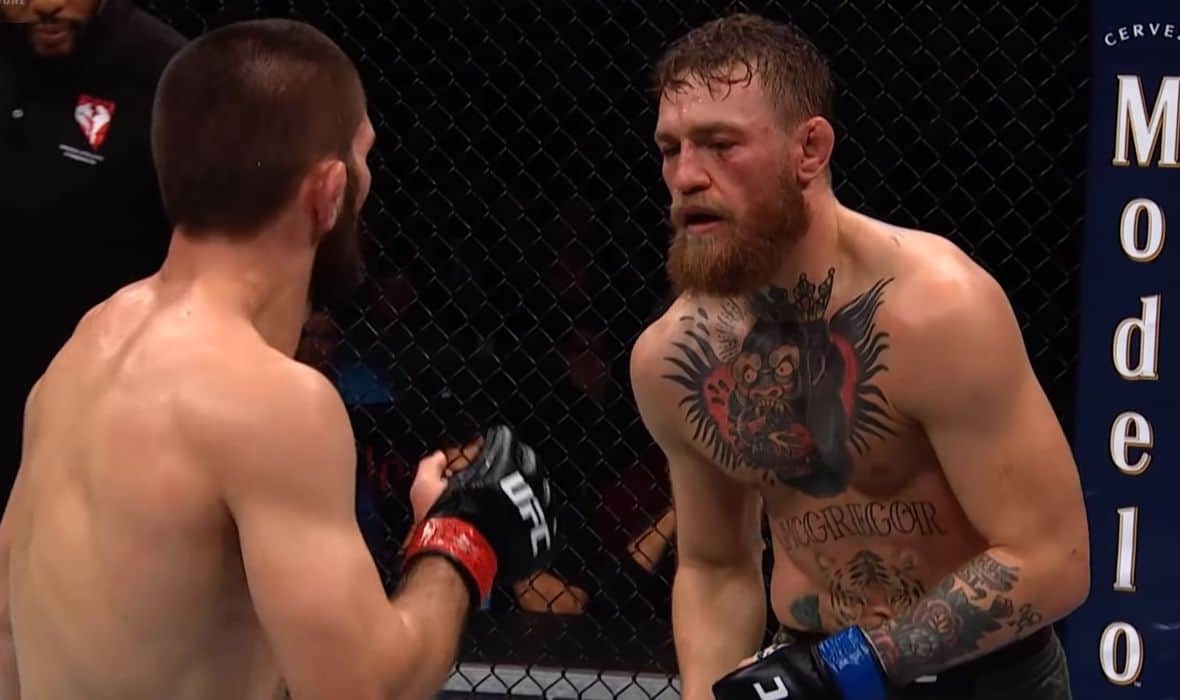 The most-watched fight in UFC history has found its place on the official YouTube promotion channel. Watch the main fight of the UFC 229 show between Khabib Nurmagomedov and Conor McGregor.

20034 people in the T-Mobile Arena, $17.18 million in ticket revenue, and 2.4 million purchased PPV transfers in the U.S. alone. These are the numbers behind the biggest UFC fight to date, the clash of Khabib Nurmagomedov and Conor McGregor, held on October 6, 2018, in Las Vegas. A fight that is written in several different chapters of MMA history and a fight that seems like it’s not a closed book yet.

The return of the biggest MMA star in history has been long-awaited, and after long announcements, it came in the form of an instant attack on the title against the new champion, the undefeated Khabib Nurmagomedov. The long introduction to the spectacle finally culminated when they entered the Octagon and did 18 minutes of great, very dynamic combat. The two MMA superstars did not disappoint those who decided to dedicate their time and money to them that day.

Of course, we all know how that fight ended, many remember all the main details, but it is not bad to look at it once again from the first to the last second. This time, however, the UFC did not put in the video what was written much more about after the fight than in the fight itself, the riots around and inside the Octagon, but that is probably better. This is how we can focus on the fight itself. Well, look at it below!