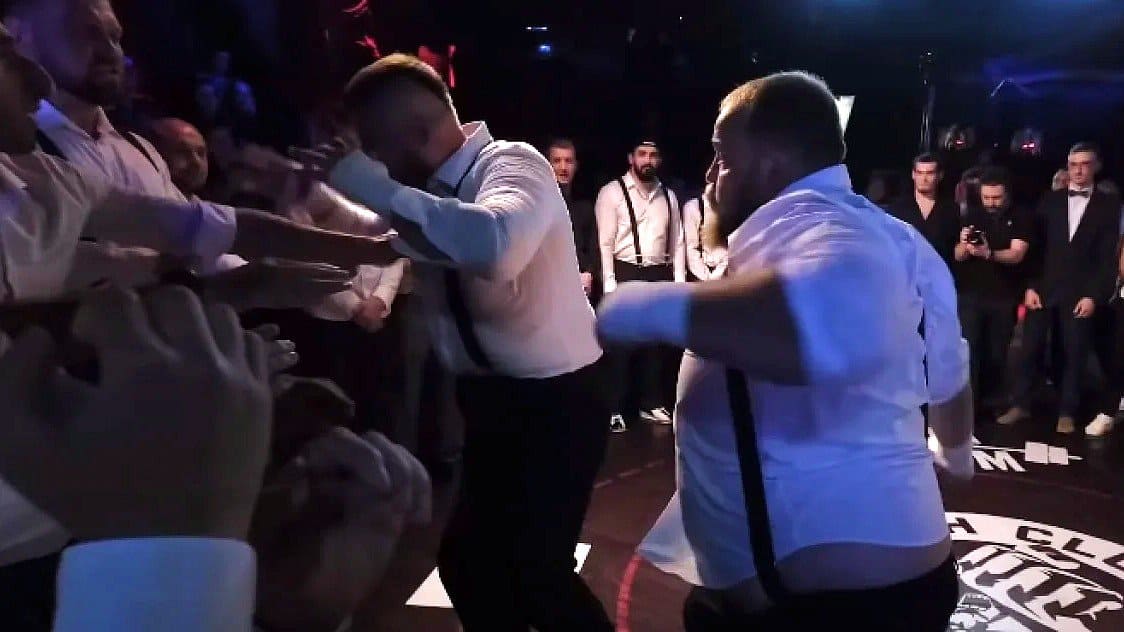 The famous slapping king Vasily Kamotsky made his debut in a new sport – boxing without gloves in the Russian way.

After competing in slapping tournaments for two years, where until recently he was the absolute ruler, he decided to try his hand at boxing without gloves.

One Russian promotion organizes tournaments in classic boxing, but without gloves. Only the joints were bandaged and Vasiliy checked in there, to test his strength here as well.

His first opponent was the 400 pounds Russian farmer who did not have a chance. Sergei Postak was powerless against the beast. He received several fierce blows, literally ran around the circle in which the fight took place, and in the end, after about 40 seconds, he was knocked out.

He was saving his head and in the end, his best decision was to give up and not risk serious injuries.