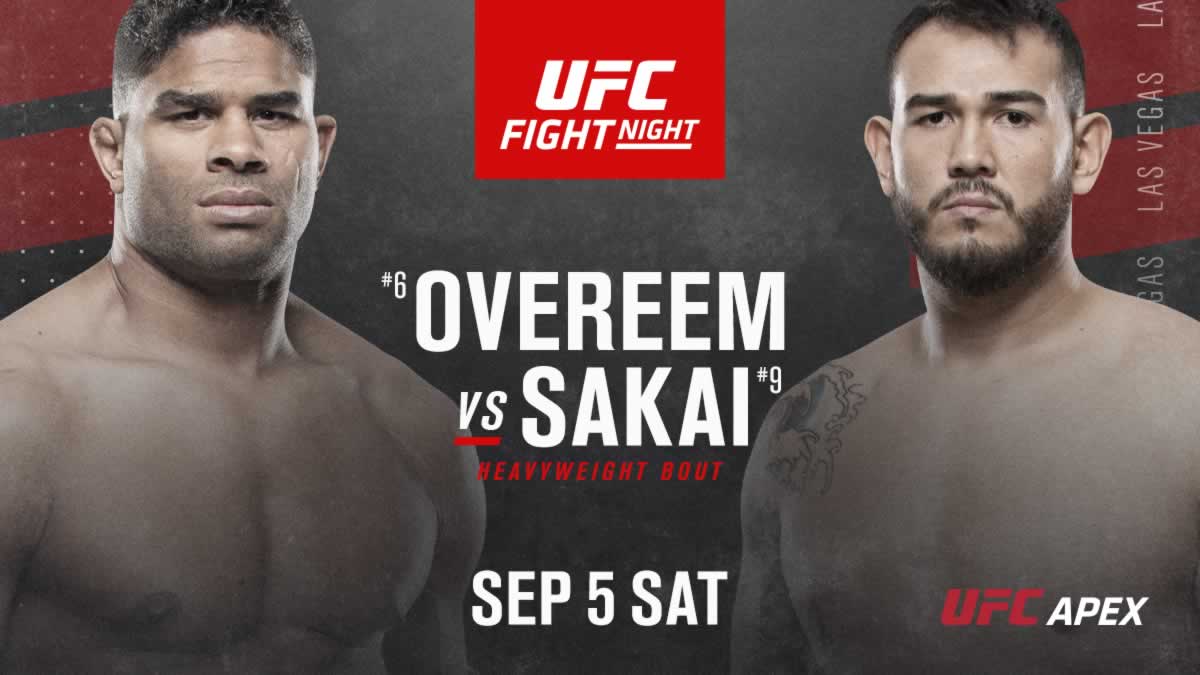 After watching the clash between Aleksandar Rakic and Anthony Smith next weekend, the month of September will bring us four new UFC events.

The most famous MMA promotion has resolved some doubts and finally officially confirmed the main fights of the upcoming martial arts events.

So let’s go in order…

The program starts September 5 with an event led by a heavyweight clash between Alistair Overeem and August Sakai.

Only a week later, the main stars will be the light heavyweight’s Glover Teixeira and Thiago Santos, and their meeting will probably bring us a new challenger, ie an opponent for the more successful from the match Dominick Reyes and Jan Blachowicz.

As early as September 19, a new big showdown awaits us in the Octagon. Namely, the main role of this event will be played by the elite welters Colby Covington and Tyron Woodley.

All three listed events will be held in the Las Vegas APEX complex.

Let us also remind you that it has been known for a long time that next month concludes the big UFC 253, which will lead the middleweight title match on September 26 between the champion Israel Adesanya and the dangerous challenger Paul Costa.

On the same day, at the still unconfirmed location, the previously mentioned Reyes and Blachowicz will be settled. The winner of this interesting duel will receive a belt intended for the light heavyweight champion, the same one that Jon Jones recently left.

Your September line-up is OFFICIAL ? pic.twitter.com/FlkhrDbh60