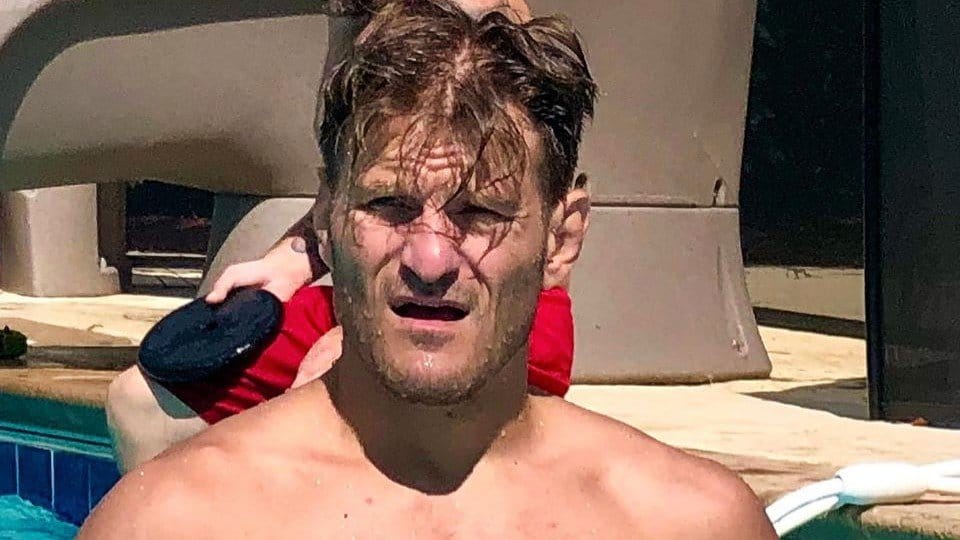 Stipe Miocic has never been extremely active on social networks, and you will rarely get any specific information while he is preparing for a fight. No exception is the case of the third fight against Daniel Cormier, which will take place on August 15 and for which he is in the main phase of preparations.

Part of his time Stipe decided to spend at the pool and even found time to post four photos on Instagram. Fans responded positively but did not miss a single detail. Namely, Stipe uses swimming goggles, which fans think could help him on another occasion. Of course, they think about the fight, since they did not forget what happened in the first two fights against Cormier and what is still the subject of controversy today.

“Great idea, to wear those glasses to defend yourself from eye stabs,” one fan wrote, while another immediately added:

Among other comments, we found those from fans advising Stipe to get a haircut before the fight, and some even noticed what he looked like as a dangerous version of renowned chef Gordon Ramsey. You can see for yourself how Stipe Miocic looks in the pool.