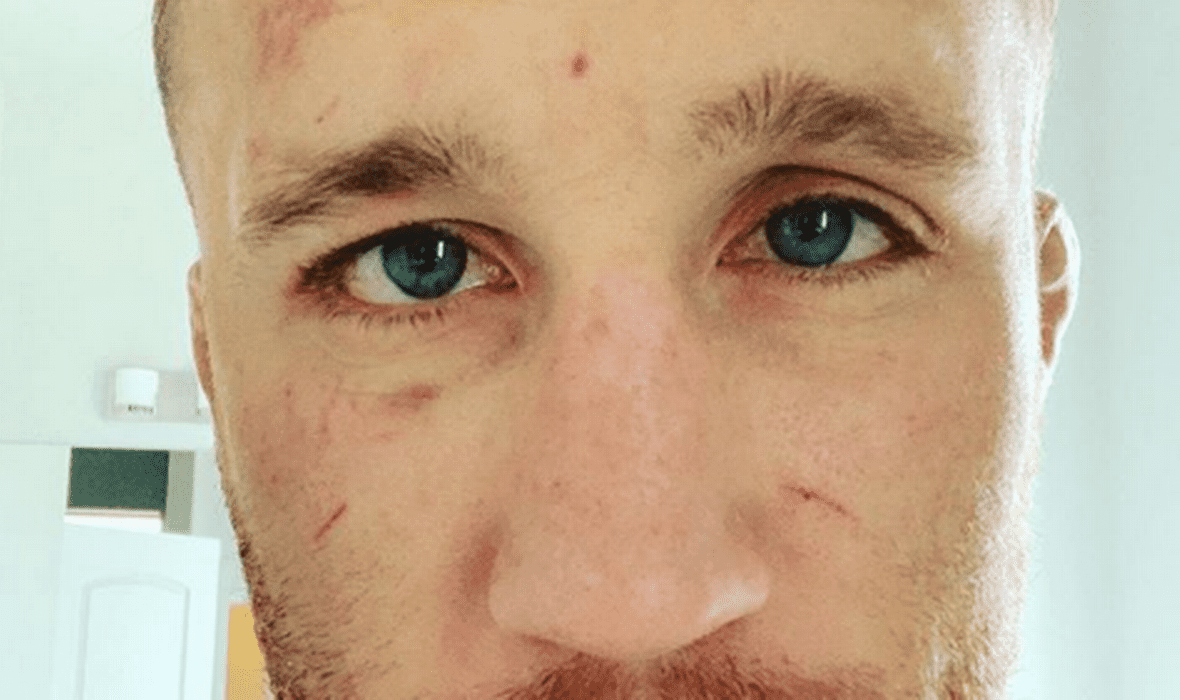 The interim champion treated the fans to a photo of the injury from the last training session.

Justin Gaethje took the preparation for the big match with Khabib Nurmagomedov seriously, and he has now taken one cut from the hard training.

Aware of the strongest weapon available to the undefeated Dagestani, the interim lightweight champion obviously focused more seriously on that wrestling segment of MMA, but he also earned a nasty cut on his chin while honing that skill.

“Going to need a few stitches today. Caught an accidental head butt during wrestling today,” Gaethje explained with a photo via Instagram Story.

Given that the match for the unification of the title and his meeting with the current champion Khabib in combinations is only for September, ‘The Highlight’ should have more than enough time for a complete recovery, that is for complete healing of this cut.

Gaethje won the match with Nurmagomedov by stopping Tony Ferguson with a technical knockout in May. It was a victory worthy of a temporary belt, and the position of the first challenger, which secured him the biggest match in his career so far.