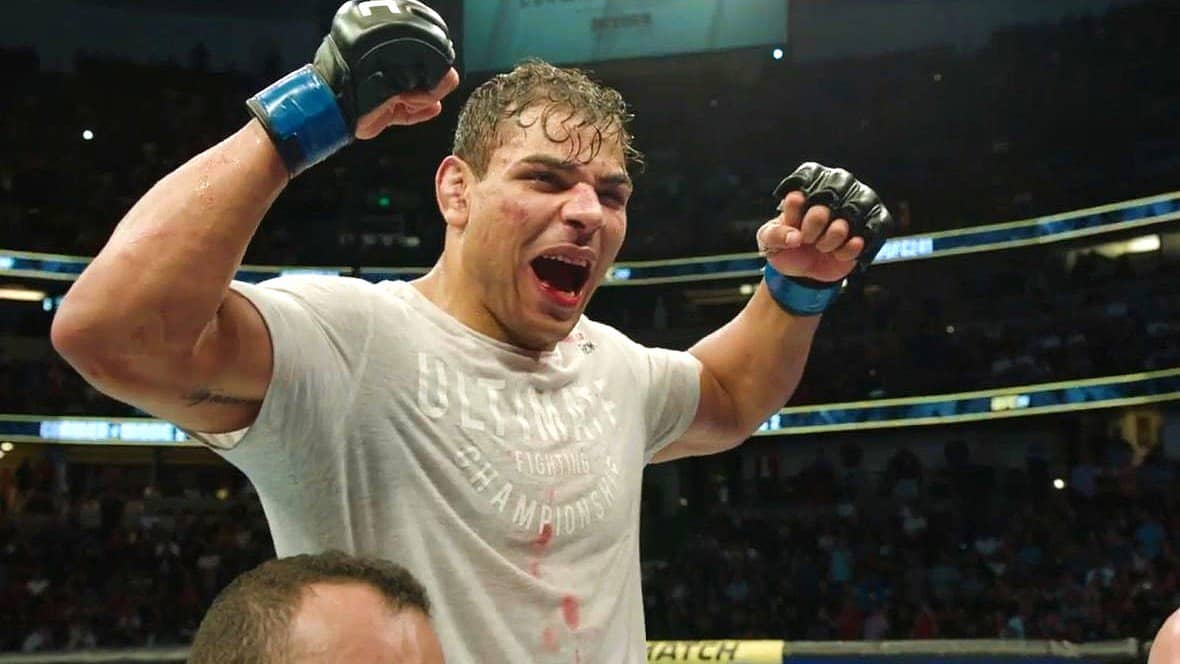 Paulo Costa has no intention of making any friendships with Israel Adesanya after their fight.

On September 19, Israel Adesanya and Paulo Costa should finally enter the Octagon. It is a fight that has been awaited since October last year, that is since Adesanya reached the title with a victory against Robert Whittaker. Costa had beaten Yoel Romero two months earlier and the pairing of the two was logical. That was supposed to happen, but Costa got injured this winter and Yoel Romero was Adesany’s opponent in his first title defense. Thus, the fight that everyone wants to see was on hold, during which tensions on both sides increased considerably.

Costa can hardly get over everything Adesanya said about him. Accusations of steroid use have already become commonplace, and various names have not been missing, such as “juice monkey,” for which Adesanya miraculously was not declared a racist. All this has led to a state that the Brazilian cannot cross and has no intention of pretending after the fight as if nothing had happened.

“Even after I knock him out, I won’t give him a hand. It will be wild, it will be violent. I believe I will catch him and knock him out in the second round because in the first one he will mostly run away from me,” Costa told MMA Junkie, adding immediately something about the tactics he has for a fight.

“I’m not just going to stand and wait for him. I know he can run around the cage a lot and that’s what he wants to do, what he normally does. I’m not going to do what Yoel Romero did. I’ll chase him inside the cage, and then I’ll shorten the distance and hit blows to the body and then to the face. I can’t be too hasty like Whittaker, but I can’t be as slow as Romero. I have to find a middle ground. Luckily, I’m different from both of them because I can work the pressure all 25 minutes.”

Robert Whittaker really rushed too much in that fight, while Romero was passive and acted as if Adesanya had the task of attacking him, not that he was the one who came to take over the title. In fact, when you look at the UFC champion summary so far, it is clear that the most problems were created by Marvin Vettori and Kelvin Gastelum, fighters who managed to move forward, but by shortening the distance and thus did not allow Adesanya to spread or use its diverse arsenal of punches. Somewhere on that trail, we can recognize what Costa is saying in his announcements.

“I can be very aggressive against him. I can press him, and I have a lot of strength in my hands. After all, I’m like that everywhere, bones, arms, legs. And against him, I only need one blow to end the fight. I just want to tell him not to gives up this fight, to give me a chance, and to fight. It’s time to stand up to him and see how much his skinny body and skinny face can handle the blows,” Costa is extremely motivated, for the fight after which he can become a UFC middleweight champion.

This fight represents only the second case in history that two undefeated fighters will fight for the title. It was first seen back in 2009 when Rashad Evans defended the title against Lyoto Machida who suffered his first defeat.