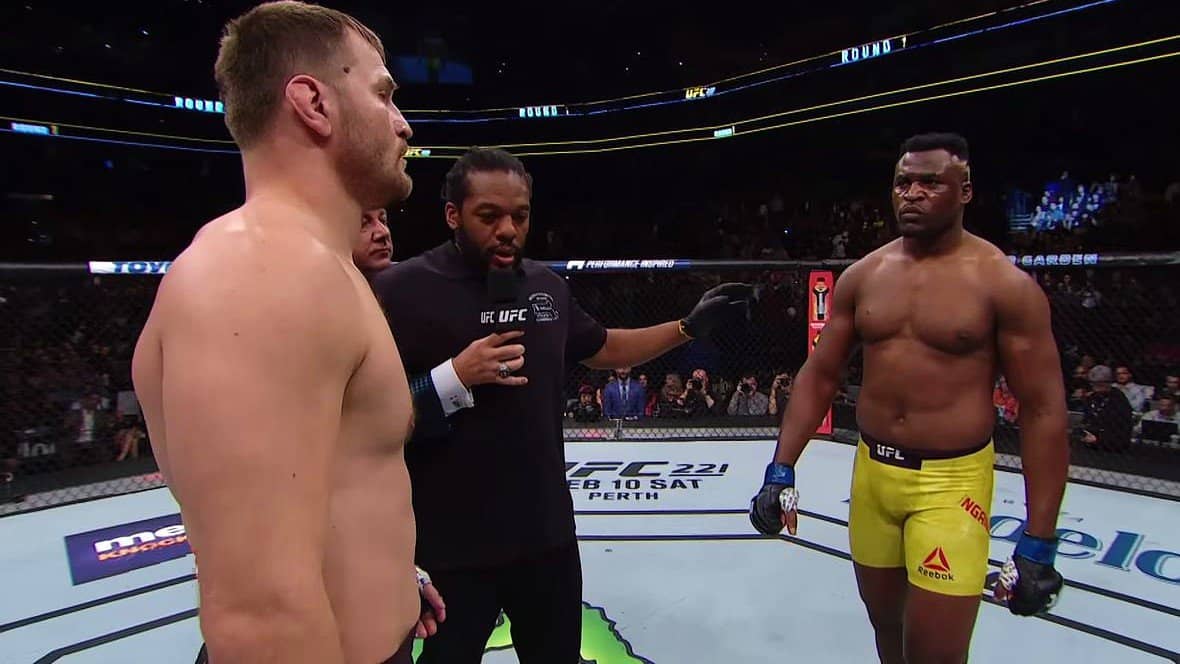 In the announcement of the last match between Stipe Miocic and Daniel Cormier, UFC President Dana White revealed that the next opponent for the American with Croatian roots will be Francis Ngannou.

The dangerous Cameroonian knockout with four knockouts in the first round secured his challenging position, and very soon after the end of the historical trilogy, he commented on Miocic’s latest victory.

“I just talked to Francis Ngannou who is in Cameroon. From there he watched the fight at six in the morning. He said at times it looked like DC didn’t want to be there,” recounts ESPN reporter Brett Okamoto of the conversation he had with ‘Predator’.

“As for Stipe, he said he looked great. What he saw was great. He can’t say based on what he saw who will win in their fight, but he claims he knows that he progressed and that he can beat him,” read the Ngannou’s part relating to the current champion.

“How about Miocic vs. Ngannou 2 as the last PPV of the year,” Ngannou added on Twitter.

Stipe, let us remind you, already fought with Ngannou in January 2018, and then, in front of the full stands of Boston’s TD Garden, he completely dominated and defeated the hitherto unstoppable Francis by points.