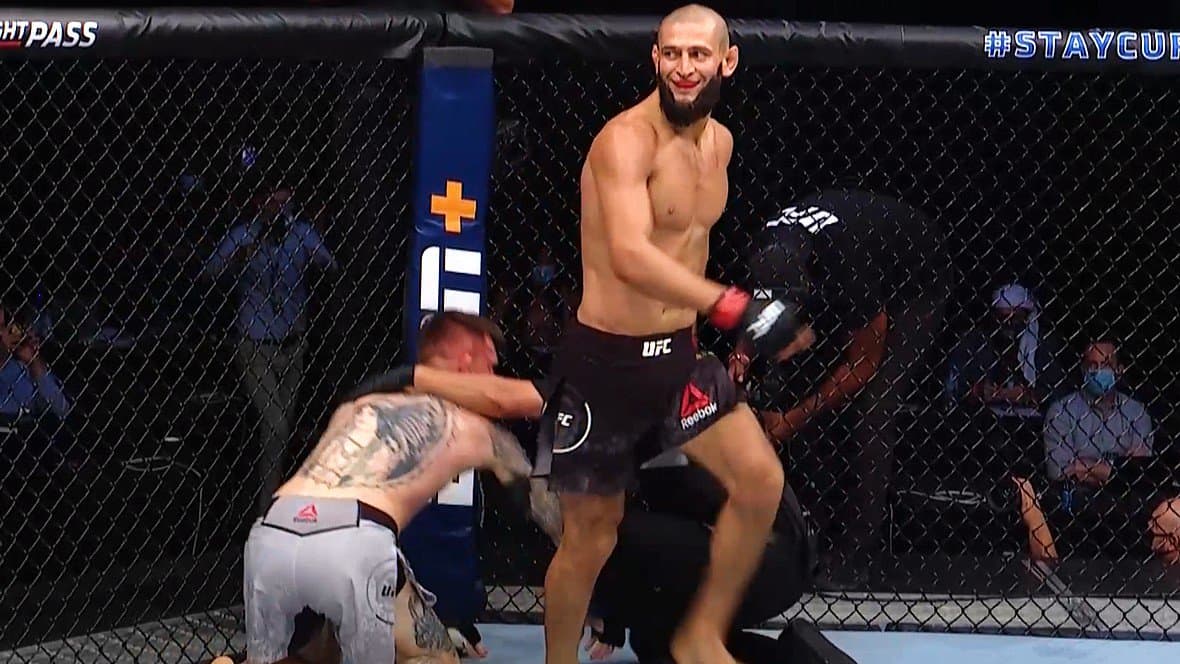 Behind us is a great UFC on ESPN 14 show where we watched a handful of exciting action and several very impressive performances, and the leaders of the most powerful MMA promotion obviously appreciated that.

Namely, after the end of the fighting event on Yas Island, the UFC, instead of the standard four, distributed as many as six bonuses.

Probably the loudest echo was that of Khamzat Chimaev, a Swedish fighter of Chechen origin who has been compared by many to the undefeated champion Khabib Nurmagomedov since his recent arrival in the UFC.

Chimaev reached his eighth professional victory in Abu Dhabi from the same number of appearances, and he put an extra $50,000 in his pocket after stopping Rhys McKee with a technical knockout in the first round.

Khamzat, let us remind you, reached the bonus in his UFC debut, and with a new victory, he entered the history of the famous promotion. Namely, Chimaev became the first fighter in the modern era of the UFC to record two triumphs in just 10 days. No one has been able to do that so quickly yet!