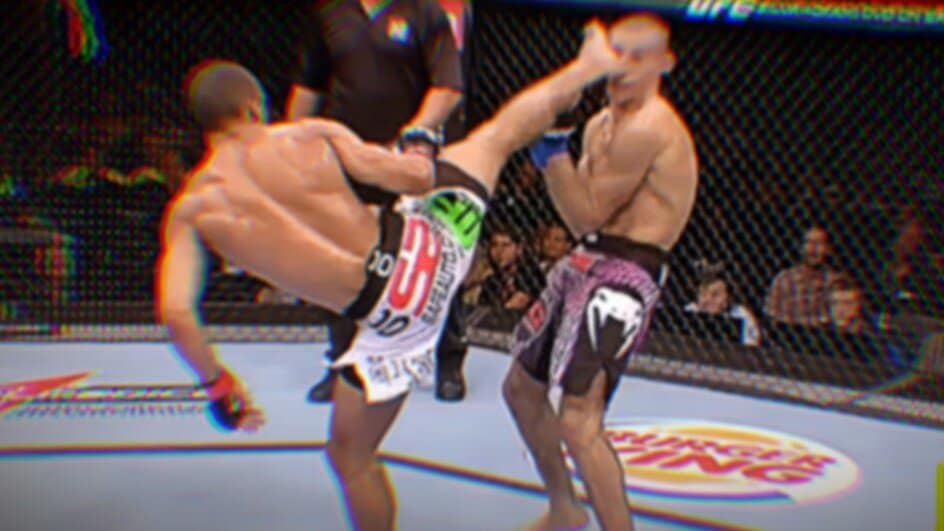 Muay Thai, originally from Thailand, due to the popularity of MMA and UFC, is getting more and more popular by the day. So, people are with reason wondering, which one is better, Muay Thai or MMA?

MMA is a better and more complete combat sport because it is made up of various combat sports and martial arts from around the world, which includes Muay Thai.

But, as we said, Muay Thai is just one part of MMA, and it would be a great base to start training in MMA, so let us explain in detail.

Contents hide
What is Muay Thai
What is MMA
Muay Thai is a Big Part of MMA
Main Differences Between Muay Thai and MMA
Conclusion – Muay Thai vs MMA: Which One Is Better?

What is Muay Thai

Today, the World Muay Thai Council is the world’s umbrella organization committed to promoting the sport and developing this skill. Within the WMTC are two organizations, IMTF and IFMA, which agreed to join the WMTF. Since 1996, world and European amateur championships have been organized continuously with the use of protection (body armor and protection for lower legs, elbows, and head), which brings significant growth in sports outside the borders of Thailand.

In professional Thai boxing, however, the quality is still concentrated in two stadiums in Thailand (Randjamen and Lumpini stadium) with several strong tournaments in the Netherlands, France, Japan, and Sweden. Recently, the SupeLeague project brings a big shift in the European framework, although it is a modified rule (fight without the use of elbows with fewer restrictions on the use of the knee), but with a large number of quality fighters and media coverage from Eurosport have significantly contributed to sports promotion.

May20.2010 Ben Askren advances to the Bellator Welterweight tournament finals, when he def. Ryan Thomas by unanimous decision

Mixed Martial Arts (MMA), also known as ultimate-fight, freestyle wrestling, Vale Tudo, and free-fight is a martial art that combines the vast majority of martial arts disciplines in order to defeat an opponent.

There are three phases in which the fight can take place:

Every fight and round starts with fighters on their feet, and in such a fight, the techniques of boxing, kickboxing, and Muay Thai are most often used.

If the stan-up fight turns into a fight in the clinch, the techniques from boxing and Muay Thai are most often used to deliver blows.

If a fighter wants to go to the ground fight, he usually uses the techniques of wrestling, sambo, and judo. The same techniques are used by fighters in the clinch, when there is a non-striking possibility of completing the fight, that is ending the fight with a submission.

When the fight turns to the ground, the techniques of Brazilian jiu-jitsu, wrestling, sambo, and judo are used the most.

Victory in an MMA match is normally gained either by the judges’ decision after an allotted amount of time has elapsed, a stoppage by the referee (for example if one fighter can’t defend himself intelligently) or the fight doctor (due to an injury), a submission, by a competitor’s cornerman throwing in the towel, or by knockout.

Knockout (KO): as soon as a fighter is unable to continue due to legal strikes, his opponent is declared the winner. As MMA rules allow submissions and ground and pound, the fight is stopped to prevent further injury to the fighter.

Submission: a fighter may admit defeat during a match by:

Doctor Stoppage/Cut: the referee will call for a time out if a fighter’s ability to continue is in question as a result of apparent injuries, such as a large cut. The ring doctor will inspect the fighter and stop the match if the fighter is deemed unable to continue safely, rendering the opponent the winner. However, if the match is stopped as a result of an injury from illegal actions by the opponent, either a disqualification or no contest will be issued instead.

Corner stoppage: a fighter’s corner may announce defeat on the fighter’s behalf by throwing in the towel during the match in progress or between rounds. This is normally done when a fighter is being beaten to the point where it is dangerous and unnecessary to continue. In some cases, the fighter may be injured.

Retirement: a fighter is so dazed or exhausted that he/she cannot physically continue fighting. Usually occurs between rounds.

Decision: if the match goes the distance, then the outcome of the bout is determined by three judges. The judging criteria are organization-specific.

Forfeit: a fighter or their representative may forfeit a match prior to the beginning of the match, thereby losing the match.

Disqualification: a “warning” will be given when a fighter commits a foul or illegal action or does not follow the referee’s instruction. Three warnings will result in disqualification. Moreover, if a fighter is unable to continue due to a deliberate illegal technique from his opponent, the opponent will be disqualified.

No Contest: in the event that both fighters commit a violation of the rules, or a fighter is unable to continue due to an injury from an accidental illegal technique, the match will be declared a “No Contest”, except in the case of a technical decision in the unified rules. A result can also be overturned to a no-contest if the fighter that was originally victorious fails a post-fight drug test for banned substances.

Muay Thai is a Big Part of MMA

As you could see from above, Muay Thai is just one of the martial arts included in MMA. But, it has to be said, that Muay Thai is a big part of the MMA, and actually a great base to start your training journey in MMA.

If you want to be good at MMA then you have to specialize in many different martial arts, and it would be a smart move for you if one of them would be Muay Thai. If you want to find out how good Muay Thai is for MMA go to our link.

Best MMA/UFC fighters have adopted the best elements from different martial arts in their fighting and that way they know how to attack different opponents, but as well, how to defend from all sorts of opponents attacks.

The main differences between Muay Thai and MMA are in the stance, footwork, and technique.

One of the key differences between Muay Thai and MMA is in the stance and footwork.

Muay Thai has a very unique stance that can be seen just by looking at it, and you can easily recognize a Muay Thai fighter by it. On the other hand, the MMA stance is also very recognizable and it mostly defers because of the rules in both martial arts.

In Muay Thai, your stance is more upright with hips facing forward, square to the opponent.

MMA stance, on the other hand, is usually a little lower to the ground, with the knees more bent and fighters posture lowered to allow for better takedown defense as well as launching for takedown offense.

But, in MMA, there can be other stances, from fighters that are better in some other martial arts, such as Karate and Tae Kwan Do, for example.

Muay Thai fighters typically aren’t moving away or retreating from upcoming attacks, but they stay ground and try to block attacks. This is again related to culture from which Muay Thai comes, and its scoring system.

MMA guys, on the other hand, are usually much more fluid in the footwork and their movements, fainting, switching their stance, and moving in and out of range, while circling and angling.

Usual MMA fighter’s defense response to attacks is to quickly back up and use defensive techniques to evade incoming attacks. This again comes to the rules, this time mostly because of the smaller gloves used in MMA which makes much more damage, so they need to be quick and evade attacks because blocking attacks with their arms, forearms, and shoulders is less effective.

I have to say it again, but the difference in techniques between Muay Thai and MMA again comes to the culture of both combat sports, or to be more clear to their scoring system.

Beauty and style in the technique of Muay Thai executions are an important part of scoring fights along with damage caused, so they give it a fair share while training.

On the other hand, the sole purpose of the MMA technique is to cause effective damage to your opponent in any way legally possible.

Muay Thai stylish techniques such as the effortless clinch throw, reverse spinning elbow, catching kicks, and dumping opponents all get high scores in that martial art but are of little use or possibly harmful in MMA.

Conclusion – Muay Thai vs MMA: Which One Is Better?

As you could probably see in this article, both of these martial arts are great, but Muay Thai is just one part of the big picture, which is in this case MMA.

On the other hand, there is really no reason why would a Muay Thai fighter like to fight an MMA fighter, when he is in start limited by rules of its combat sport, while MMA fighter has only one goal in a fight, how to deal as much as possible damage to its opponent.

But, Muay Thai is an excellent martial art to start with if you think about going into MMA. It can be used for a stand-up fight and has some great techniques for cliche as well. If you want to succeed in MMA you will have to be at least familiar with other techniques, but Muay Thai is a great way to go.