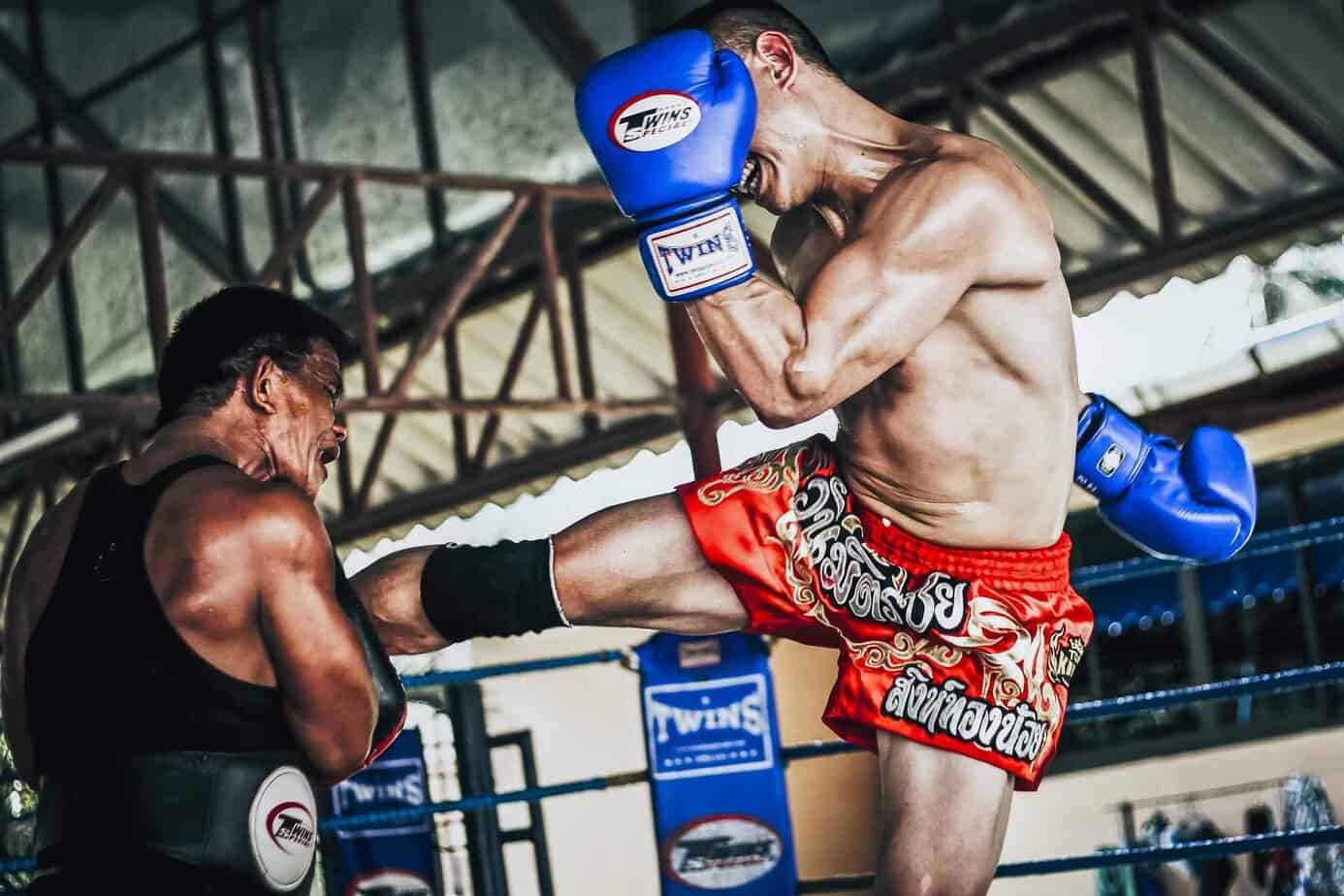 As we know very well, martial arts and combat sports are a varied group of sports that have too many styles, techniques, and approaches for us to name them all. Just kung fu, which is in itself an umbrella term, encompasses more than a hundred individual styles. People often use umbrella terms related to combat sports in everyday life, not knowing that these terms might, actually, not be synonyms. One good example of that is the often used, yet completely wrong synonymity between the terms MMA, which is actually a combat sport, and UFC, which is actually an organization that promotes MMA battles.

In the broad sense, kickboxing is a group of stand-up combat sports that include kicking and punching, and Muay Thai is a “child” art of kickboxing. In the narrow sense, kickboxing utilizes the usage of punches and kicks, while Muay Thai also allows usage of knees and elbows, as well as clinching.

So, where are we heading with this? The important part is the differences and we are going to discuss one of these differences in today’s article. Muay Thai and kickboxing are very similar disciplines and laymen might think they’re either the same or stem from each other, but the truth is – they’re not. Well, not actually, but more on that later. Despite the similarities in combat, Muay Thai and kickboxing are different arts and we’re going to talk about these differences in today’s article.

Muay Thai (Thai: มวยไทย), literally “Thai boxing”, is an Oriental martial art and combat sport that originated in Thailand somewhere during the 18th century. It is a full-contact discipline that is also known as the “art of eight limbs” and is heavily reliant on the use of fists, elbows, knees, and shins.

It originated as a fighting technique to be used in wars, Muay Thai soon became a fighting sport used outside its original setting. After more than a century of development in the Far East, Muay Thai became extremely popular in the West during the 20th and 21st centuries, when Western practitioners that came from Thailand started using the discipline in kickboxing and MMA competitions, thus introducing and popularising Muay Thai in the West.

Muay Thai is, today, a global combat sport practiced around the world and is internationally governed by the IFMA.

Kickboxing (Japanese: キックボクシング) is a relatively new combat sport that developed in Japan somewhere in the 1950s. It was created by Osamu Noguchi and Tatsuo Yamada somewhere during 1959, when Yamada, a karateka, wanted to establish a form of full-contact karate; at the time, competitors did not hit each other in karate matches.

Yamada soon acquainted Noguchi, who was the manager of Thai fighter Nak Muay and found out that both shared an interest in Muay Thai. They decided to pursue that even further and so – kickboxing was established.

But it wasn’t until the 1970s, when kickboxing came to the United States, that the sport truly became popular. Today, it is considered to be a hybrid or mixed combat sport, as it combines elements from several other sports and martial arts. As is Muay Thai, kickboxing is today practiced throughout the globe, but unlike its main influence, it does not have a single governing body.

This covers the essentials. As you can see, while both Oriental arts (or sports), Muay Thai and kickboxing are different disciplines, despite the former influencing the latter. The original, Japanese kickboxing style was more or less based on Muay Thai, but the later, American style was more distinct and had a plethora of different influences from around the world of martial arts.

Now that we have analysed the historical and theoretical differences, we’ll get down to the more practical elements – the fighting. In this section, we shall discuss the main differences between Muay Thai and kickboxing when it comes to the fights themselves.

Both sports rely heavily on boxing. Heck, they even have the word “boxing” in their names. But, who’s a better boxer? A Muay Thai fighter, or a kickboxer? It is the latter. Namely, although initially influenced by Muay Thai, modern kickboxing is much more reliant on Western boxing and is, today, considered to be more of a Western fighting style, despite its Oriental roots (due to a rapid development in the States from the 70s onwards).

Kickboxers could stand on their own in a boxing match, which cannot be said for Muay Thai fighters since they rely more on kicks and leg techniques than kickboxers. Kickboxing also uses more punch combos, includes more headwork (just like boxing) and its footwork is much more similar to regular boxing than in Muay Thai.

The kicks are also very different, which is sort of interesting when you look at it. Sure, the arts are similar and they both use low and high kicks, but the techniques are very different. Some kickboxing styles tend to draw more from Muay Thai, but modern American kickboxing has very different kicking techniques than traditional Muay Thai.

Typical kickboxing kicks rely heavily on bending and withdrawing the foot after the kick and rely more on the use of kicks. Muay Thai kicks come from the ground in a more explosive manner and the leg doesn’t bend while kicking.

The footwork is also different, although not substantially. The approach is, though. Muay Thai is an art that requires patience. Thus, a fighter has to adapt his footwork to patiently follow the opponent and his movements in order to find the right moment to strike.

Kickboxing, on the other hand, demands faster, more aggressive footwork that is aimed at attacking the opponent, so it’s a lot more fast-paced than regular Muay Thai. Certainly, Muay Thai can also be fought like that, it is not a strict rule, but rather a generalized observation.

As for head movements, we’ve already said that kickboxing uses more headwork than Muay Thai. Why? Well, Muay Thai relies more on kicks and despite the fact that you can easily kick someone’s head, such kicks are far more seldom than regular body or leg kicks.

On the other hand, kickboxing’s emphasis on boxing techniques requires a lot more headwork in order to successfully evade an opponent’s shot. Nonetheless, headwork in kickboxing and Muay Thai is still reasonably small compared to regular boxing.

Since we’re dealing with defensive approaches, we have to say that some differences exist both in the way you execute blocks. In classical Muay Thai, a fighter will readily shin-check an opponent’s kick, thereby reducing the risk of serious injuries and of losing the fight. Kickboxers never developed such techniques to it is truly rare to see a professional kickboxer shin-block kicks in a fight.

The last difference we’re going to discuss is related to the pace of the fight. Namely, kickboxing tends to start very strongly, very aggressively from the first sound of the bell and the pace slows down as the rounds pass because the energy level of the fighters decreases.

On the other hand, classical Muay Thai, as practiced in Thailand, usually has five rounds and it is normal for fighters to use the first two rounds to “examine” each other before the real fighting begins in round three. This is, of course, mostly limited to Asian Muay Thai; Western practitioners usually start fighting from the beginning of the fight.

Well, that covers the basic differences between Muay Thai and kickboxing. If you want to know more about the world of martial arts, please follow us and see you next time.