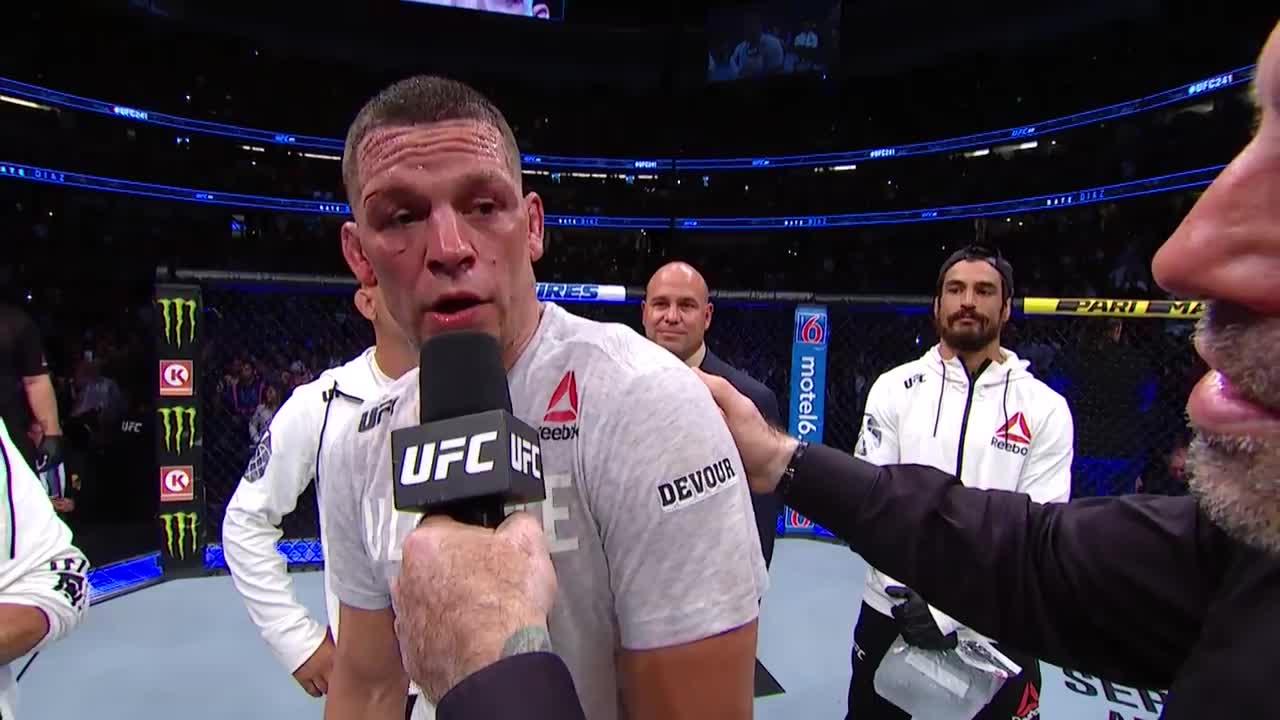 Mexico is a country well-known for its incredible boxing superstars. However, there is no shortage of amazing MMA fighters coming from Mexico or being of Mexican descent, too.

For Mexican fighters, it’s all about heart, as Brandon Moreno showed when he became the first Mexican-born UFC champion in history. His triumph after a rocky career was nothing short of spectacular, but he isn’t the only Mexican fighter deserving recognition among the all-time greats.

Here’s a list of the 11 best Mexican UFC fighters of all time. While some are 100% Mexican, many have a Mexican heritage, which is enough to be included on this list.

Anthony Showtime Pettis is an American UFC fighter, but many people don’t know that he has a half Mexican, half Puerto-Rican heritage. His grandfather anglicized their last name from Perez to Pettis to avoid discrimination when moving to Milwaukee, Wisconsin.

Anthony and his younger brother Sergio are both UFC fighters, but Showtime made a bigger name for himself. He’s a former WEC, and UFC lightweight champion well known for his incredible striking abilities and a specific no holds barred fighting style (hence, the nickname Showtime).

Interestingly, Pettis won the WEC and the UFC titles against the same opponent, Benson Henderson. He defended it once against Gilbert Melendez before losing to Rafael dos Anjos. Anthony moved from lightweight to welterweight, where he had some success, but as he parted ways with the UFC and took his talents to PFL, he returned to lightweight competition.

The story of Brandon Moreno nearly just began, and it’s already one of the most exciting and inspiring stories in MMA history. Moreno became the first 100% Mexican UFC champion after beating Deiveson Figueiredo with a rear-naked choke at UFC 263.

The young Mexican flyweight started his UFC career in 2017 when he was just 23 years old. He got off to a good start but then seemed to stop making any progress as he moved up on the rankings. He lost two straight fights via decision when he faced some tougher competition, which was enough for the UFC to cut him from their roster.

He didn’t give up, though, and earned a UFC contract once again, determined to prove himself. Even when he was in trouble, he showed that pure Mexican heart and gave it his all, leading to a draw against Askar Askarov and then three wins in a row.

He got his chance at the belt against Figueiredo and once again fought to a draw, only to destroy the champ in their second bout to become the first purely Mexican UFC champion in history. It just goes to show that hard work, will, and persistence can conquer everything, even if things don’t go as planned at first.

Cain Velasquez might be the most popular fighter on this list, belonging to the golden age of the UFC heavyweight division. He was fighting out of the USA, but he was always proud to represent his Mexican heritage (hence, his “Brown Pride” tattoo over his chest). During his prime, Cain was arguably the best heavyweight fighter of all time.

Injuries slowed him down, but his relentless spirit and spectacular bouts he had given us throughout his career definitely put him in that conversation. He destroyed some UFC legends such as Junior dos Santos, Mark Hunt, Antonio Bigfoot Silva, Antonio Nogueira, etc.

Interestingly, Cain was a wrestler before his MMA days, but he never used submissions inside the cage. Instead, he used his superior grappling to get the dominant position and then pounded on his opponent relentlessly until the lights went off.

Yet another fighter who fights under the US flag, Carlos Condit, represents his Mexican heritage in many ways. Most notably, he represents it with his phenomenal performances in the octagon. He is known to be the best when the odds are against him, showing that Mexican heart and pride in his every fight.

He never became the undisputed champion, though. One of the best (if not the best) MMA fighters of all time, Georges St-Pierre, reigned over the division at the time. He was out with an ACL tear and fought Condit in a title unification bout upon returning to action.

They fought tooth for tooth, and Carlos looked incredible, but it just wasn’t enough to dethrone the king. Nevertheless, he earned the respect he deserved. Condit is still an active fighter, and although he’s older and merely a shadow of a fighter he once was, he’s undoubtedly one of the best UFC fighters of all time, let alone amongst those of Mexican descent.

If you don’t have Dominick Cruz on your list of the most technically skilled MMA fighters ever, you’re delusional. Cruz is also a Mexican-American fighter fighting out of San Diego, and he ruled the UFC bantamweight division for a long time before Cody Garbrandt dethroned him.

Dominick is as skilled as it gets, having a deep, profound understanding of body movement, footwork, and all the other small things a regular MMA fan doesn’t even see. That’s why he works as an analyst and commentator for the UFC, even though he’s an active fighter.

Love him or hate him, Henry Carlos Cejudo is one of the best UFC fighters of all time. The Mexican-American former UFC champion is one of the few fighters to become a UFC double champion (ruling two divisions simultaneously).

Also, he’s the only double champion who was an Olympic gold medalist as well (he won the gold medal in wrestling at the 2008 Games in Beijing). To become a UFC double champion, he defeated the seemingly unbeatable Demetrious Johnson and dethroned him after Johnson successfully defended his flyweight title eleven times.

He then beat TJ Dillashaw to take the bantamweight title and defended it against Dominick Cruz before retiring. Some fans call him the “King of Cringe” for his awkward public displays, but that doesn’t change the fact he was a spectacular martial artist.

Nate Diaz is the younger brother of Nick Diaz, both UFC fighters. They fight out of Stockton, California, but they have Mexican heritage. Nate commonly presents it in the octagon with his fantastic boxing. Some might say it’s sloppy, but Nate has one of the strongest chins in the game, and he never backs down from a fight.

He was never the champion, but he’s still one of the most popular UFC fighters of all time, especially after his two spectacular fights with Conor McGregor. Nate is still an active fighter, but he delved into other businesses. Most notably, he opened a CBD manufacturing company, which didn’t come as a surprise since he’s been a marijuana advocate for years in the UFC.

Nick is Nate Diaz’s older brother, and he was the first to shine in the octagon. Diaz was a Strikeforce and WEC welterweight champion and came incredibly close to becoming a UFC champion both in the welterweight and the middleweight divisions.

Nick is known for his entertaining style and showmanship, both inside and outside the octagon. Although some controversies surrounded his career and incidents happening outside the octagon, Nick was an amazing fighter in his prime.

He lost the battle for the UFC interim welterweight belt against Carlos Condit and moved to the middleweight division after that. He came incredibly close to beating Anderson Silva for the title there (and Silva is in the top five best MMA fighters of all time).

The bout was incredibly exciting, but what ensued later wasn’t. Diaz got a five-year suspension after testing positive for marijuana, which created a huge backlash from the MMA community. PED violations that are a lot worse than cannabis are sanctioned with only two years.

Tito Ortiz was one of the first UFC mega-stars, and rightfully so. Although he was born and raised in the US, he never shied away from his Mexican descent, regularly carrying the recognizable half-Mexican, half-American flag to the octagon.

Ortiz was the UFC light heavyweight champion and is best known for his huge rivalry with Chuck Liddell. During his career, he defeated incredible fighters such as Guy Mezger, Wanderlei Silva, Ken Shamrock, Vitor Belfort, Forest Griffin, etc.

After his fighting days, Tito ventured into politics and even became a pro tempore mayor of Huntington Beach, California. Some people loved him, some hated him, but one thing is for certain – he always fought with heart and always had a knack for making a show and selling record-breaking PPVs.

While Tony Ferguson is classified as an American fighter, he’s also a fighter with a Mexican background. El Cucuy is quite possibly the best UFC fighter ever not to be crowned the undisputed champion. He decimated the lightweight division for years before coming up short at the last step numerous times.

Injuries prevented four fights against the all-time great Khabib Nurmagomedov, which disappointed fans who believed these two were two of the greatest lightweights ever. Ferguson was an interim UFC lightweight champion after choking out Kevin Lee, but his unification bout never materialized.

Last but not least, Yair Rodriguez is one of the most attractive strikers in the UFC, not only today but all time.  Although he was almost cut from the UFC even though he was very successful in the octagon, he bounced back from the controversy and proved his worth time and time again.

His Mexican heart of a fighter was at full display in his fight against Chan Sung Jung in 2018. It was the fight of the year that was a non-stop back-and-forth battle throughout. Sung Jung led on the scorecards, but Rodriguez banged out a crazy inverted elbow to knock the Korean Zombie out in the last second of the fight.

El Pantera keeps on winning, and it wouldn’t come as a surprise if he gets a title shot sooner rather than later.