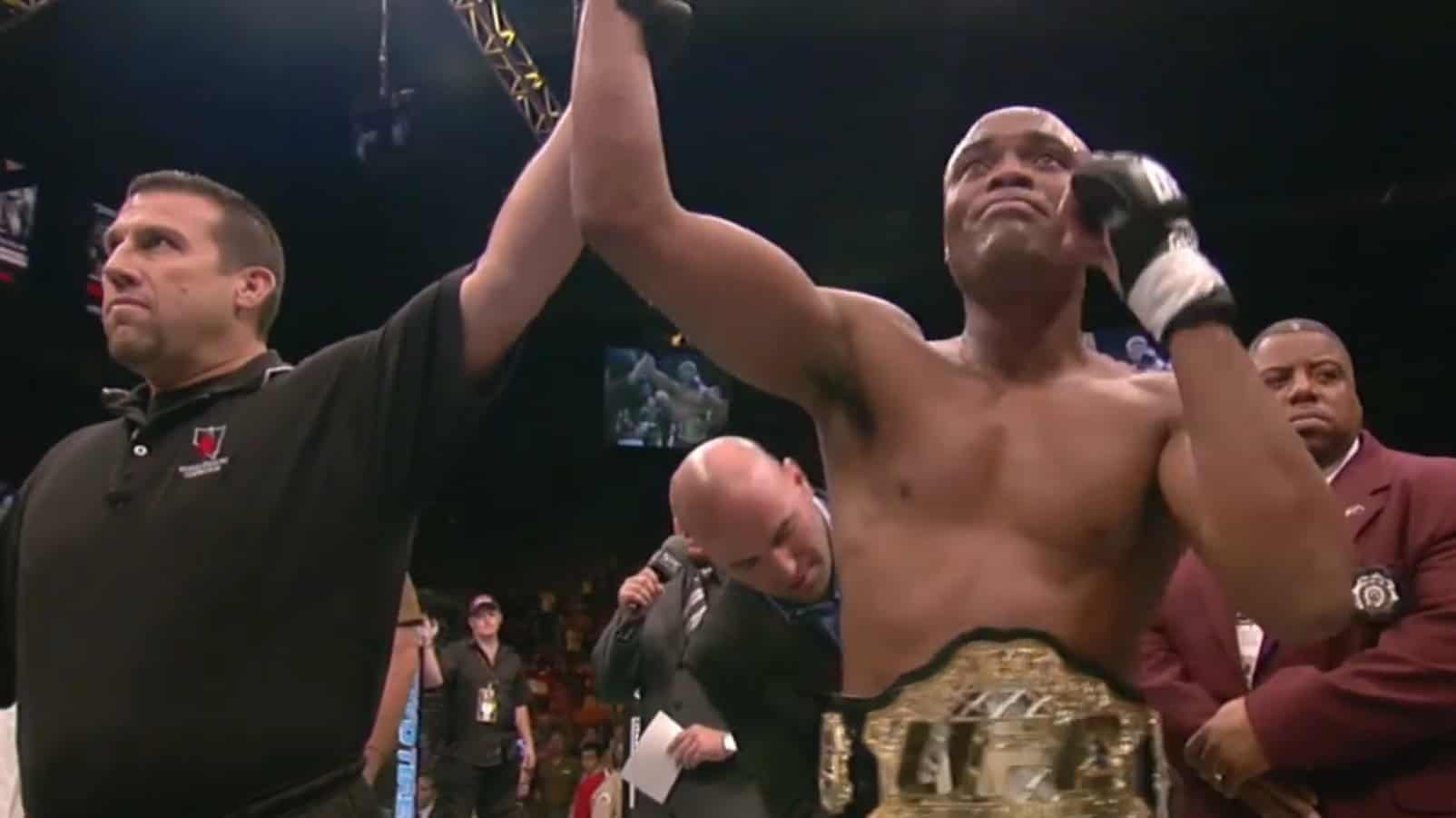 When watching the sports section or comments on TV, or reading about them in the media, you always hear that some people are best in one thing, some are best in another and there are, of course, those that are simultaneously best at the same thing, which is impossible. Martial arts are no exception and it is very difficult to objectively state that someone is or was the best fighter in their category. In today’s article, we shall discuss some of the numbers in the UFC, namely – which fighters have the most consecutive wins in the history of the UFC?

Anderson Silva holds the record for the longest winning streak in the UFC. He won 16 fights in a row over a period of 6 years.

Fighting in the UFC is not an easy thing and not many fighters reach a large number of fights during their careers. For example, the record holders for most fights in the UFC are American fighters Donald Cerrone and Jim Miller, both of who have just 34 fights. That number is extremely low when compared to some other martial arts and combat sports, but it shows how difficult it is to have a prolific UFC career. That, of course, just shows how much determination it takes to achieve such a career and we’re going to honour the best of them in this article.

Who Has the Longest Winning Streak in the UFC?

The record holder for most consecutive wins in the UFC is legendary Brazilian fighter Anderson Silva, who managed to collect 16 straight wins from June 28, 2006 to July 6, 2013. Silva was primarily a middleweight fighter and he totalled 24 UFC fight in his career, with a total record of 17-1-6.

Interestingly enough, when Silva lost his first UFC match on July 6, 2013 – after having had 16 wins before that fight – he managed to win just one UFC fight (in 2017) up to now. His winning streak was as follows:

Silva ultimately lost to Chris Weidman on July 6, 2013 and what was his first loss after 16 consecutive wins. Weidman would go on to defeat Silva in their rematch several months later, thus effectively finishing Silva’s record-breaking career.

Now that we have answered the big question, we are about to give a brief analysis of the other fighters that have been or are close to Silva’s record.

So, we’ve stated that Silva’s record holds at 16 consecutive wins. The next best series of wins is 13, which again demonstrates the difficulty of having an incredibly successful UFC career.

There are four fighters who’ve managed to achieve 13 consecutive wins in the UFC, but only one of them could potentially elevate that record and that is Canadian fighter Georges St-Pierre, who is the only one among them whose run is “active”.

Sadly, St-Pierre is retired at the moment so he’ll go down in history as ending his career with a 13-win run, but you never know when he might decide to return. It’s happened before, so why should it not happen now?

Two fighters have 12 consecutive wins, both of them who can elevate it as they’re both active and still unbeaten in their runs. One is American Tony Ferguson, who has only one loss in his career, and the other is the notoriously well-know Russian Khabib Nurmagomedov, who has 12 wins in his 12 battles and is, along with Nigerian Kamaru Usman, the only (active) UFC fighter with a 100%-win ratio.

Kamaru Usman is also next in line, as he has a streak of 11 wins out of 11 fights, a record he shares with retired Brazilian fighter Royce Gracie, who managed to win 11 consecutive fights between 1993 and 1995.

The last name on our list is a female fighter, Brazilian Amanda Nunes, who still has an active streak of 10 wins in a row.

One thing we would like to add over here. Although Jon Jones has one defeated in the UFC, that loss came by disqualification from 12-6 illegal elbows usage in a fight against Matt Hamill which Jon was clearly winning. So, when we talk about the longest winning streaks in the UFC, fans of Jon like to mention that he is technically undefeated inside the Octagon with the 20 consecutive wins.

As an interesting piece of trivia, we can also give you a short table of the most consecutive wins in each weight category in the UFC and by gender. This is a larger table as it doesn’t just list the best overall, but rather the best for each category, meaning that you can see for yourselves how the records evolved for each of them.

The table is as follows:

That’s it for today. We hope you’ve enjoyed reading this article and will follow us for more of the same in the near future.