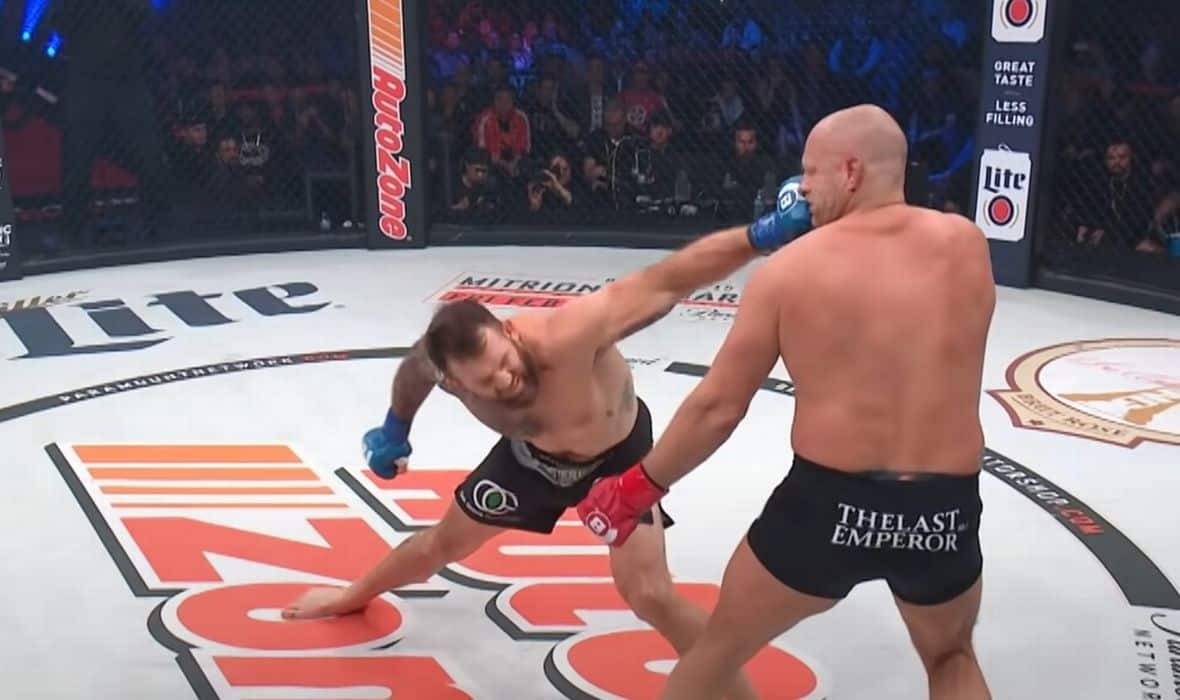 Bellator has decided to post on its YouTube channel a recording of the final fight of their heavyweight tournament last year between Ryan Bader and Fedor Emelianenko. Let’s recall how it took the current two-time Bellator champion just 35 seconds to knock out one of the sport’s greatest legends.

Ryan Bader is currently probably Bellator’s best fighter, as evidenced by the fact that he owns the titles of the two strongest categories of the second-best MMA promotion. He won the light heavyweight first, and then the heavyweight, which he reached through a tournament of eight fighters. In his final, held on January 26 last year, he was better than the legendary Fedor Emelianenko.

After going through Frank Mir and Chael Sonnen, Fedor believed that he could also go through Bader and reach the champion title of some American promotion since his greatness was often challenged in that very state. But the veteran came across a fighter in his best years and in the best form of his career.

Bader as a UFC welterweight was known as a wrestler who makes every fight passive, but as Bellator’s heavyweight he became a knockout, and he further confirmed that in this fight, as he finished the legendary Russian after only 35 seconds. It was Fedor’s arguably fastest defeat in his entire 20-year career. Recall how Bader came to the aforementioned victory in the video below.