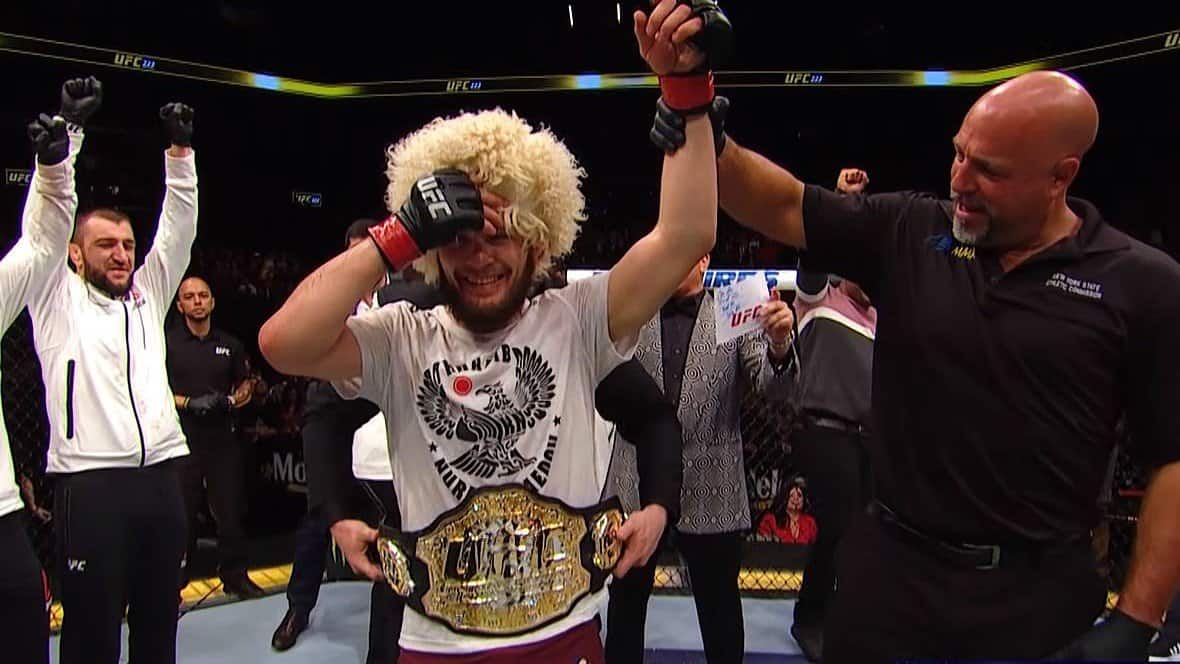 After it became known yesterday that Khabib Nurmagomedov and Justin Gaethje would be fighting for the UFC lightweight title on October 24, the MMA community reacted very positively to the news. One of those who decided to share it on Instagram was a longtime UFC commentator and the world’s most successful podcaster, Joe Rogan. But with its announcement, something came up that led to various thoughts from fans and the media.

Namely, Rogan shared a photo of the poster announcing the fight, commenting that he was impatient.

“It’s impossible to be more excited about this fight than I am. The return of the greatest fighter in lightweight history, Khabib Nurmagomedov, against the most dangerous challenger, Justin Gaethje. I can’t wait,” Rogan wrote.

One of the first to comment to him was Conor McGregor, but his comment in which he calls Rogan for a cool down, with the mention of a hangover, is not entirely clear. But that is why what Khabib wrote is clear.

As Dana White recently stated that he would be ready for Khabib to organize a farewell fight against Georges St-Pierre, many thought this meant the champion was ready to retire. This has been mentioned for some time, and recently his now-deceased father Abdulmanap said he has a few more fights, maybe even just two or three.

If Khabib were to record two more wins, he would reach a 30-0 ratio, which he may consider the right time to leave the sport. He is only 31 years old and he certainly has more achievements ahead of him that can be achieved. But he also announced that he does not intend to fight for a long time, but intends to dedicate himself to his family. He also added that even money is not his motivation, that is, that he earned more than he needed. Now he has to fight for the legacy and in honor of his father. How long this will last will probably depend on several factors.