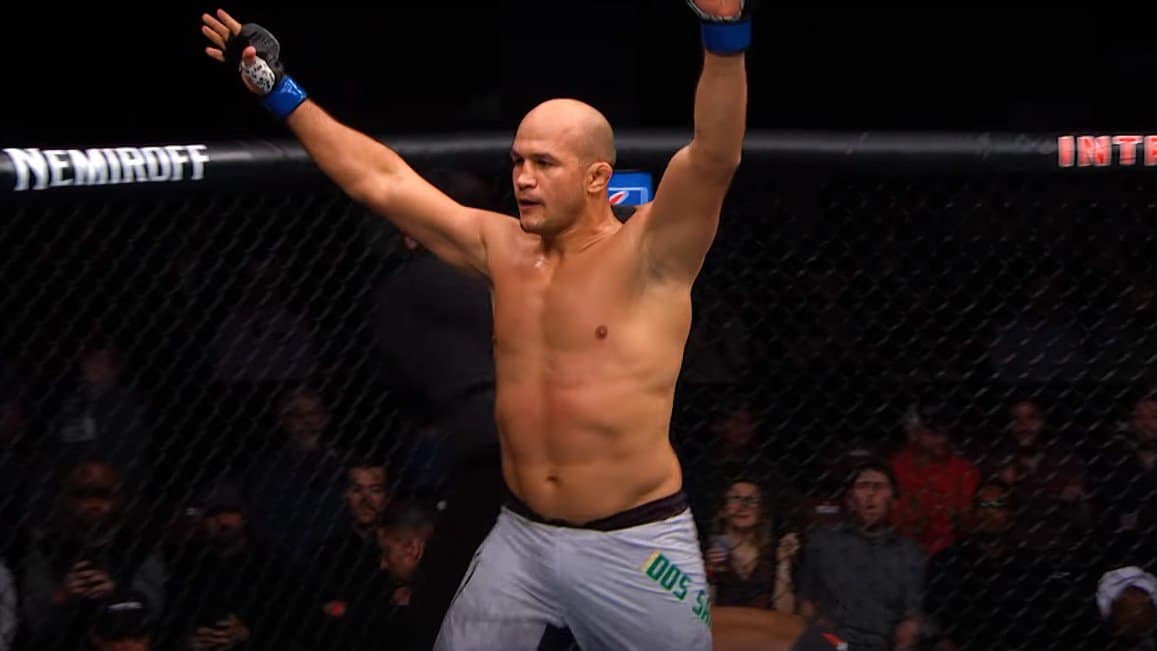 The huge heavyweight fight is on for UFC 252, and Junior Dos Santos has gotten his next opponent – Jairzinho Rozenstruik!

Former UFC champion Junior Dos Santos has been booked to take on top contender Jairzinho Rozenstruik at UFC 252 on Aug. 15. We still don’t know the location for the event and wait for it to be announced. The news was first reported by Combate and later confirmed by MMA Junkie.

Dos Santos is coming off defeats to Francis Ngannou and, most recently, Curtis Blaydes. His most recent victory came in March 2019, when he picked up a TKO over Derrick Lewis. Dos Santos (21-7 MMA, 15-6 UFC) is 3-2 in his five most recent UFC outings.

Rozenstruik (10-1 MMA, 4-1 UFC) also looks to come back from defeat. He fought this past month at UFC 249 and suffered a knockout loss to Ngannou. It was his first defeat as a professional fighter. Prior to that, Rozenstruik was 4-0 in the UFC, including wins over Alistair Overeem and Andrei Arlovski.