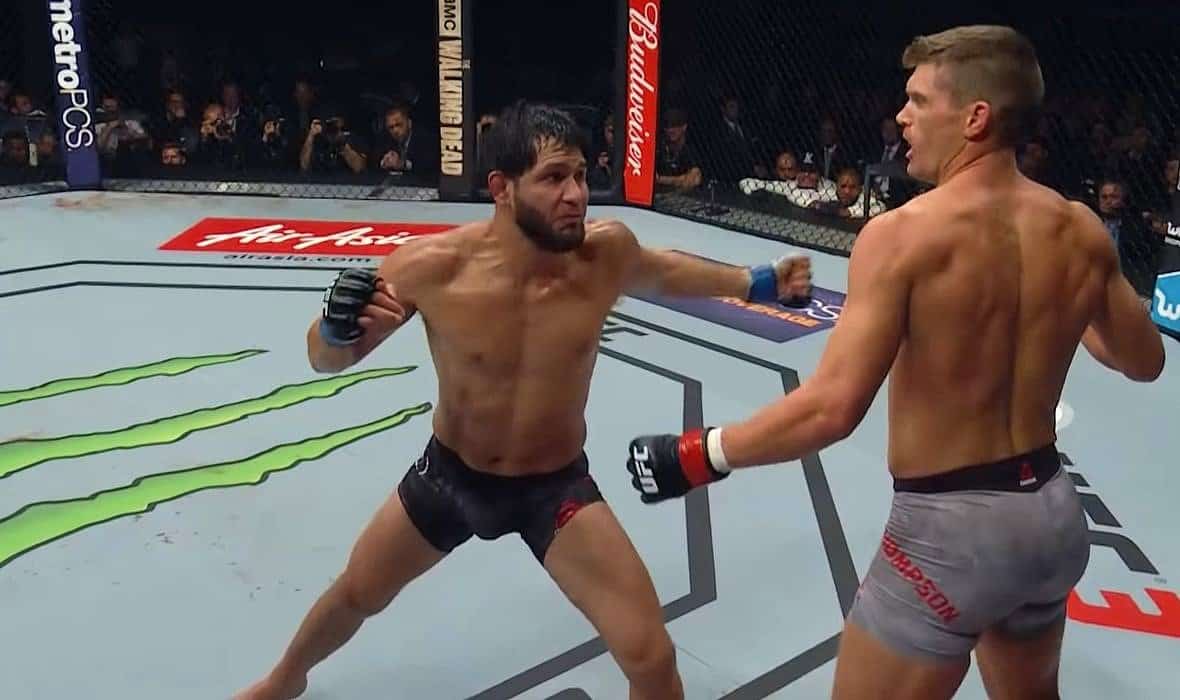 Stephen “Wonderboy” Thompson is still waiting for his first fight in 2020. One of the world’s best welters returned in November last year to victories, defeating Vicente Luque, ending a series of two defeats inflicted on him by Darren Till and Anthony Pettis. He is currently waiting to contract the next fight, but the UFC is not responding and his patience is running low. Mostly because some options are constantly there.

On the other hand, the possibility of an interesting rematch opened up. Namely, even before he did the fight against Kamaru Usman, Jorge Masvidal mentioned that he would like to try again against Thompson, who at that moment was the last man to defeat him. It happened at the UFC 217 event in November 2017, and Thompson celebrated with a unanimous referee decision after a technically very interesting stand up fight. That there is a chance for something like that, Wonderboy himself said in one of his last media appearances.

“I hope something could be agreed soon. August or September would be great. But who am I going to fight? I did the last fight against the 12th fighter in the rankings, Vicente Luque. My focus is always on the title and I want to progress. Colby Covington, Leon Edwards, even Masvidal, I don’t care. Although he doesn’t have a title, I would like to try again against Masvidal because it would definitely help me improve my ranking. Any of the above would be a great choice for an opponent,” he said. Thompson in an interview with Line Movement, to then add that he thinks the fight against Masvidal would be harder than the first time:

Thompson fought twice for the title against Tyron Woodley and both times he was close to winning the same. The first time the fight was a draw, while the second time he had a victory “in his pocket” until Woodley sent him to the floor half a minute before the end and thus stole the round, and in the end the victory.

In the official ranking of the category, ie in the ranking of challengers, Masvidal currently holds fourth place, while Thompson is two positions below him.