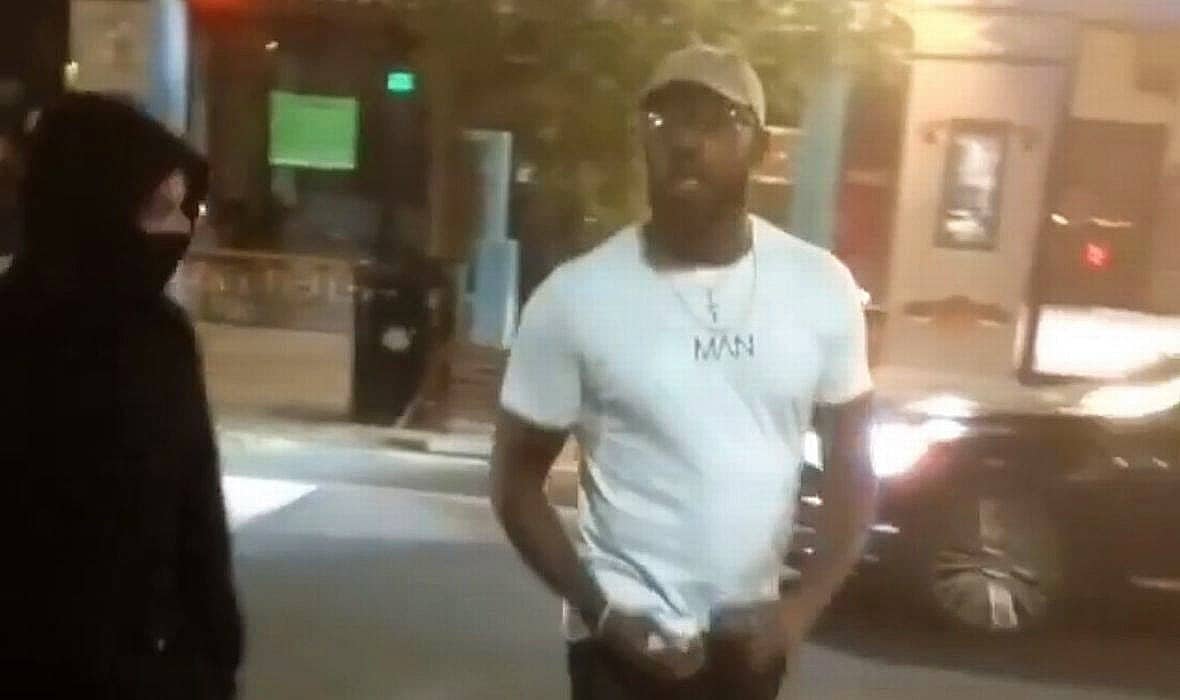 After a series of Twitter posts further inflamed the situation between himself and UFC President Dane White, Jon Jones took to the streets of Albuquerque, where protests by citizens over the treatment of the tragically deceased George Floyd took place. But he did not go out to join the protesters but was filmed in a situation where he confronted vandals destroying city property.

Violent protests are currently underway in most U.S. cities sparked by the deaths of African-American George Floyd, who died last week as a victim of police brutality. One of those cities is Albuquerque, the capital of the state of New Mexico, the city where UFC light heavyweight champion Jon Jones also lives. He himself took to the streets yesterday, but from a post on his Instagram, we can conclude that he did not go out with the aim of joining the protests, which in many ways got out of control.

On the mentioned profile, a video was published in which we see Jones approaching masked vandals and taking away the sprays they intended to paint on the city facades. He approached them very angrily and asked them to give him sprays, which they, probably recognizing who he is, did without objection. He posted a significant message with that recording.

Is this shit even about George Floyd anymore?!? Why the fuck are you punk ass teenagers destroying our cities!?? ?? As a young black man trust me I’m frustrated as well but this is not the way, we are starting to make a bad situation worse. If you really got love for your city (505), protect your shit. All you old heads need to speak up, call your young family members and tell them to come home tonight.

The protests have indeed come to the point that the situation with George Floyd itself is no longer in the forefront. Of course, the majority of protesters are still there because of this topic, but these same protests served as a basis for vandals to express their passion, while it was also used by robbers who break into restaurants and steal valuables from them, which automatically does great damage to their owners. The police are on the streets and trying to keep things under control, but it is not ruled out that the army will soon take action.

Probably everything would have been much better if more responsible people had behaved like Jones, who this time presented his positive side.