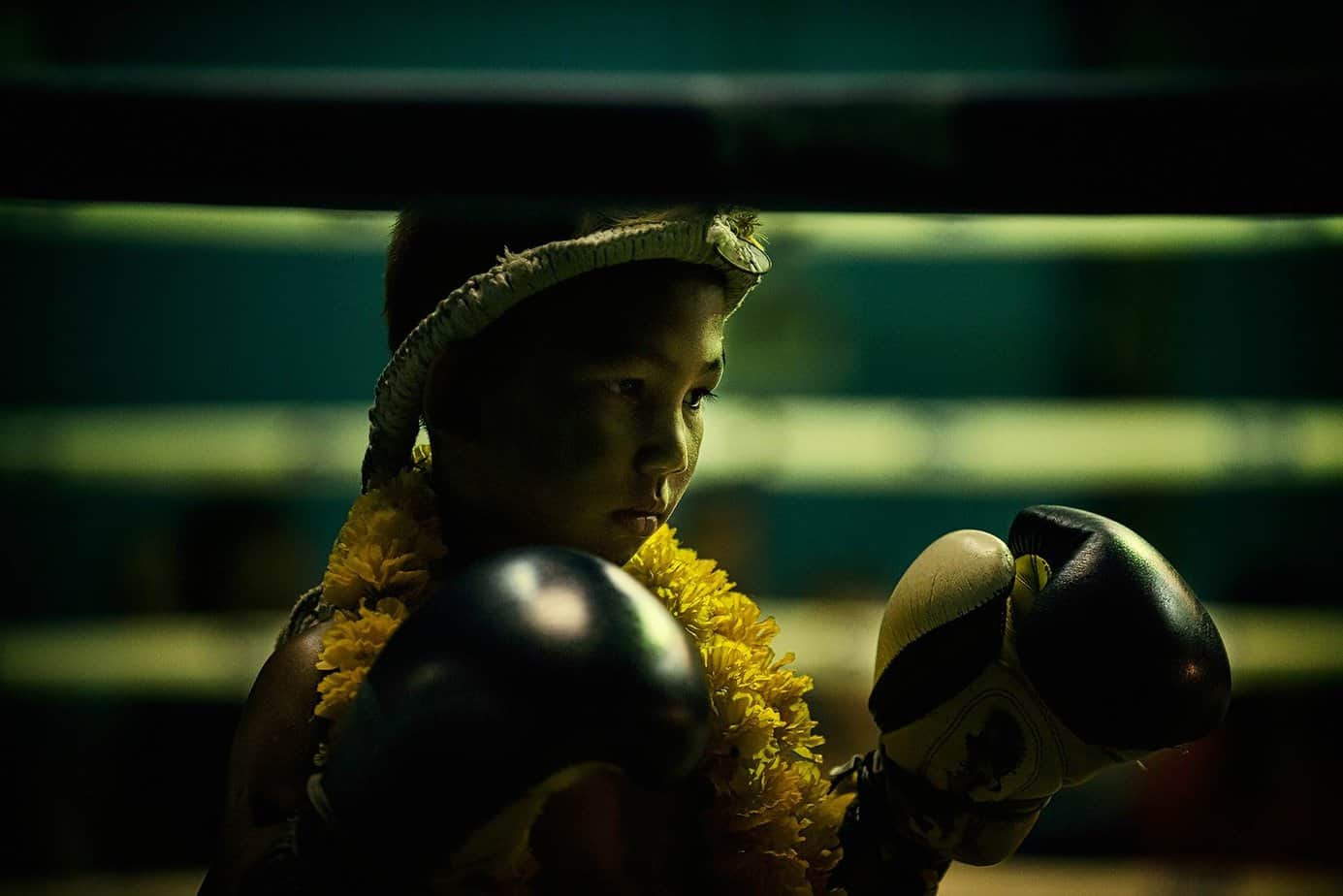 We all know that Muay Thai is a very popular martial art among adults and that is very useful in modern mixed martial arts. But Muay Thai is generally considered to be one of the more aggressive and more dangerous martial arts, because it involves a lot of close-range combat and has no defensive equipment. So, one could wonder – is it safe for children?

In general, Muay Thai is both safe and good for kids. But, the right approach for kids to learn Muay Thai is crucial. At a younger age, kids shouldn’t spar nor fight. They should focus on learning the moves and techniques while working on the bags and pads in the process.

Because of safety concerns, we recommend you stick with this article to the end. We will go through every aspect of safety and what benefits learning Muay Thai has for your kids. Let’s start.

What is Muay Thai?

Is Muay Thai Safe for Kids?

When it comes to children in Muay Thai, there are a lot of controversies. Namely, we all know that it is better to start early with a sport than to be later. You have more time to learn the art and develop your skills, which is generally beneficial when it comes to martial arts.

In the West, where the system is generally well organised it usually not problematic to start training early because the programmes are adapted for each age group and the instructors will take every precaution to secure your child and keep him out of harm’s way.

In Thailand, on the other hand, the situation is very different and, thus, more controversial. Namely, the system is not that organised in the country of origin of Muay Thai, meaning that the general conditions are much, much worse. The instructors will teach the children to fight, but won’t do much to keep them safe and not even nearly as much as in the West.

A recent New York Times article (https://www.nytimes.com/2018/12/23/world/asia/thailand-children-muay-thai.html) talked exactly about this, discussing the possibility of Thailand banning all forms of underage boxing because it was unsafe for the children involved.

So, if you’re somewhere in the West, Muay Thai is probably safe for your children because the instructors will conduct the training sessions in accordance with general safety practices. In Asia, on the other hand, you might experience some difficulties, but that question is too complex to be analysed in this brief text.

Some Myths About Muay Thai and Children

There are several myths circling around the Internet about Muay Thai and children and all of them paint Muay Thai as a negative influence on children. We’ve decided to show you these four myths and explain how they actually have nothing to do with reality and how they really are just urban myths. Here they are:

This one of the most common myths connected to martial arts in general – that they encourage violent behaviour in children. It is, to a certain degree, understandable why this myth persists, because martial arts involve fighting, and fighting is associated with violence.

Muay Thai involves not only punches and kicks, but the use of the knee and elbow too, meaning that it utilises the whole body in a fight. Based on this, Muay Thai should certainly encourage kids to be violent? But in fact, Muay Thai emphasizes the importance of respecting elders and only using physical strength as a last resort.

Kids who attend classes constantly have self-control drilled into them and are likely more aware of their own strength than their peers. This is because Muay Thai has been heavily influenced by Buddhism, which has pacifism heavily built into its fundamental concepts and dogmas.

This is also a very general urban myth, along with the first one, that can be applied to every martial art there is. The idea behind this myth is that young kids should always be protected from any activity that may cause their body (especially their head), significant trauma.

This also includes the idea that kids should not be encouraged to harm other kids, even in a controlled environment such as a fighting ring. Their skulls are still forming and should not be subjected to any sharp blows, because it can cause permanent damage to their nervous system. Knowing this, it’s easy to see why parents would avoid sending their kids to Muay Thai classes.

The truth is that very young kids will never fight each other in a controlled environment, not even with pads on and are explicitly told not to direct any blows anywhere near the head area. Young kid classes involve stretching, exercises and many games – very different from what many people believe. The goal is to teach the children something, to let them have fun and learn the basics of a sport and not to turn them into fighting machines.

This one of the stupidest myth people could think of, but the hordes of annoying, pushy ‘tiger-moms, who think that anything besides advanced math or music lessons represents an activity for stupid kids, also have the right to express their opinion. And they’re right, are they not? Wrong! They couldn’t be farther from the truth!

Muay Thai actually promotes and fosters a whole range of skills that stand kids in great stead at school. Kids are taught to listen better, sit attentively for longer, set goals and work towards targets more effectively. Although Muay Thai seems like a non-academic pursuit, it builds a host of attributes and qualities that improve kids’ academic achievements.

This couldn’t be farther from the truth, but due to the nature of the art itself, it’s somewhat understandable that people might think that. In actuality, Muay Thai training will teach a child all about the value of age, rank and experience. This is a hallmark of Thai customs in general (a lot of Asian cultures have these aspects) and traditions.

Thai children are taught to defer to age, experience and authority at all times. In fact, students are taught that they are worthy of teaching others as their skill levels progress. They are very respectful of parents, teachers and those in authority positions.

Well, that covers the basics of Muay Thai for children. If you want to know more about the world of martial arts, please follow us and see you next time.