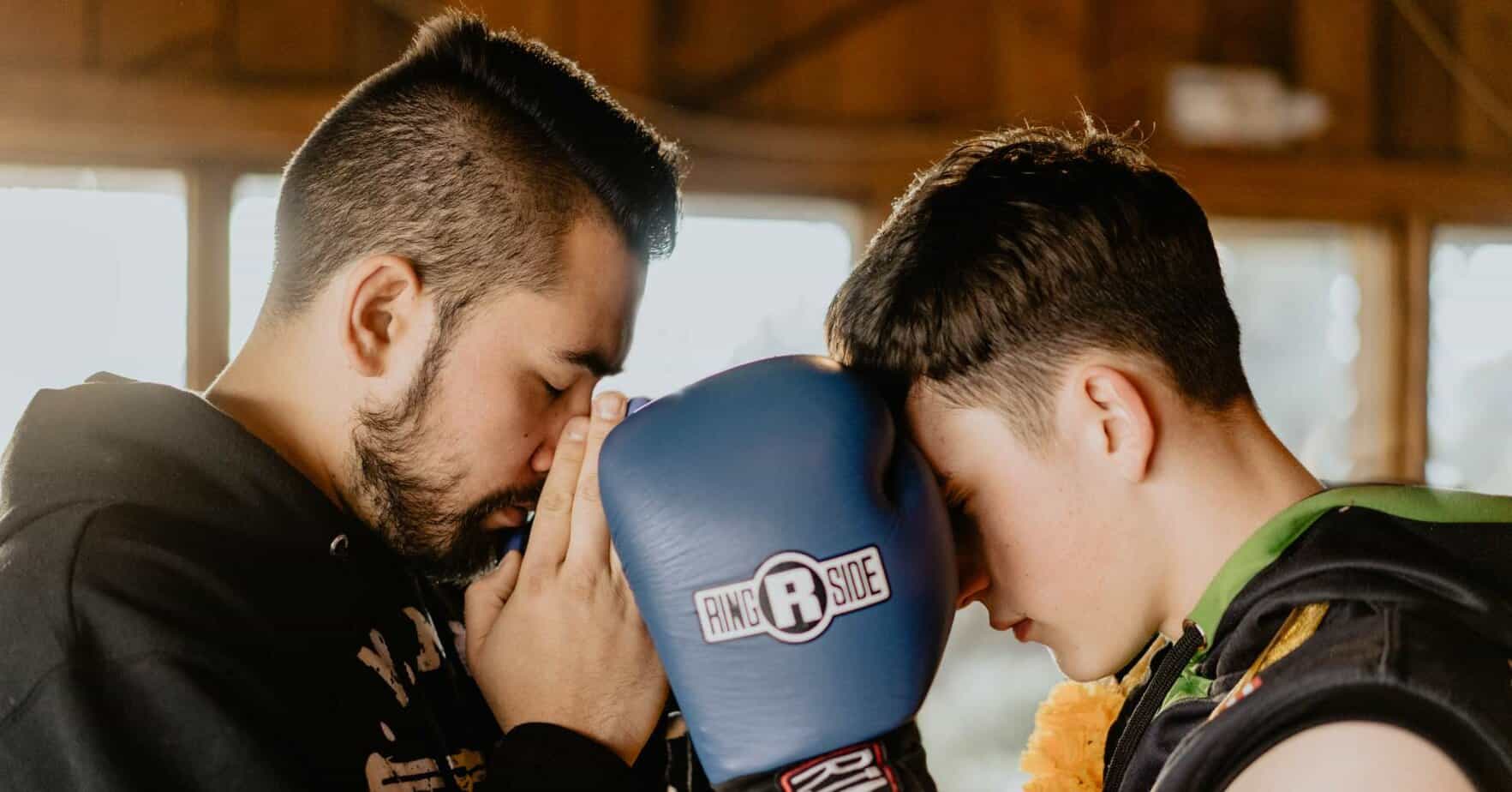 We’ve talked about Muay Thai on our site several times before, mostly about technical aspects of this sport and its rules. But, is Muay Thai actually good for you or is it just a brutal martial art that people practice somewhere in the East? This article is going to answer this question for you, so it is for those who love but don’t know why and for those who don’t love it yet, but will certainly rethink their positions after seeing how beneficial it can be.

So, if you want to know the 15 main reasons why Muay Thai is good for you – just keep reading!

1. Everyone Can Do Muay Thai

Also, because of that width, it can be practiced by practically anyone. So, whether you’re a man, woman, young, old, or whether you’re a manual labourer or hold a PhD – you can find something in Muay Thai that suits you. It’s also good because you can adapt your training according to your preferences and it doesn’t matter at what age you start, because it’s never too late to do it.

2. Muay Thai Is Effective and Realistic

Muay Thai is not that different from other combat sports or martial arts, at least in the fighting aspect of the training. But, unlike some disciplines, Muay Thai is more realistic and it prepares you for more real-life situations.

3. Muay Thai Is a Full-Body Workout

Muay Thai is a discipline that is not just a good fighting preparation, it is great for workout. Since a lot of Muay Thai disciplines use specific training techniques that activate your whole body, it’s only logical that Muay Thai provides an excellent full-body workout for you. It will activate and engage every part of your body – from head to toe – and will burn c. 1,000 calories per a one-hour session for you!

Muay Thai trainings can be a good replacement for fitness trainings, but it’s so much more. Fitness can be boring and monotonous, even if you do it in a group. The exercises are usually the same and after a while – it all becomes a routine. In Muay Thai, you’ll achieve the same results, but with a much more dynamic approach that will stimulate not just your body, but also your mind.

Muay Thai is so much more than regular fitness that it can be described as a completely new level of fitness training, an upgraded version with which you’ll have to do more, but also achieve more in less time.

5. Muay Thai Is Good for Self-Defense

Although self-defence is – directly or indirectly – a part of a vast majority of combat sports and martial arts, none of them provide such a good blend of different styles such as Muay Thai. Due to the fact that Muay Thai uses practically the whole body and a lot of different defensive (and offensive) techniques, you can learn a variety of different self-defence techniques by training Muay Thai.

If you relate this aspect to the one mentioned in point 2, you will quickly deduce that the realism of Muay Thai is an excellent addition to the self-defence techniques you’ll certainly want to learn, because – it’s better to be safe than sorry.

Be sure to read more about Muay Thai for self-defense and how Muay Thai compares to other martial arts when it comes to self-defense.

6. Muay Thai Is Good for Strength

Due to the fact that Muay Thai is both demanding and physically straining, you’ll have to be quite strong to successfully follow all the training sessions. But not all people start doing Muay Thai fully prepared and bulked like Anthony Joshua. No, most people start off slowly and then work until they reach the desired level. Muay Thai is good because it enables you to work and upgrade your strength in a relatively short period of time. So, if you want to become strong quickly, Muay Thai is definitely something you should try.

7. Muay Thai Is Good for Condition

This part is closely related to the one before. Namely, strength and conditioning usually come in pairs and if you work on one, you’ll automatically increase the other. Conditioning is important if you want to follow Muay Thai training sessions and become better and just like with strength, Muay Thai will allow you to work on that part quickly.

You’ll still have to put a lot of effort and dedication if you want to achieve something quickly, but just imagine the satisfaction when you finally get to where you wanted to be when you started!

Although you don’t have to become a fighter, Muay Thai will certainly try to increase your competitive spirit and if you allow it to do so, it will succeed. Muay Thai is very competitive and that kind of spirit doesn’t come just with professional fighting. It comes from the beginning, from the starting point of an Muay Thai career – the training arena.

So, whether you want it or not, Muay Thai will train you to want to be better, to actually be better. Of course, it’s up to you how you’re going to use that competitive spirit – you can become a pro or just a recreational sportsman – but your competitive spirit will certainly increase and you can easily translate that into other fields.

Although Muay Thai is usually perceived as aggressive, brutal and vulgar, with a lot of trash talking, it actually teaches you how to respect your opponent and the rules of the game, which is typical for most Oriental martial arts. To be frank, this is a thing all combat sports and, as we’ve said, martial arts especially, but even if it doesn’t look like it – Muay Thai will certainly teach you respect.

Respect is very important in Muay Thai. You have to respect your coach, your opponent, your rules and you will never become a good and well-respected fighter until you give the necessary respect to others.

Interestingly enough, Muay Thai can be just as effective as chess in some specific aspects. Well, it won’t stimulate your brain the same way, but Muay Thai is a very unpredictable discipline that requires concentration and constant mental activity. You have to watch out for your opponent, you have to apply an adequate tactical approach and you have to know how to get out of a tight spot.

Certainly, your physical predispositions are more important, but brute force won’t get you very far if you’re fighting an intelligent opponent who knows how to play to his strengths and to your weaknesses.

Building on point 8, it has to be said that Muay Thai will also increase your confidence. Confidence usually comes from self-satisfaction and by elevating your stamina, your physique and your boldness, Muay Thai will raise your confidence to new levels. After seeing what you can do in the ring and during training sessions, you will use the newly found energy in all other aspects of your life, so it’s not surprising that Muay Thai has its psychological benefits as well.

12. With Muay Thai You Will Learn Something New

Muay Thai will teach you something new. Even if you’re not a complete “noob” when it comes to combat sports and martial arts, the complexity and diversity of Muay Thai will always allow you to learn something new, no matter what, because it offers a lot when technique and combat are concerned.

This is also a psychological benefit of Muay Thai, but it can be related to several aforementioned points. So, if you want to broaden your horizons and learn something new, Muay Thai will certainly give you enough material to do exactly that, so don’t hesitate and use it to your advantage.

13. You Will Socialise More

Although you probably won’t start doing combat sports to find new friends, it’s one of those benefits that comes with the programme, whether you want it or not. Although the fights are one-on-one, training sessions don’t have to be; plus, you’ll always meet new people in the gym.

So, with everything going on, you’ll learn how to be a part of a larger, new group of people who share the same interest and passions as you do, and that is always a good thing.

You know those rooms full of stuff and furniture, where you can pay to go and smash stuff? It’s a very efficient form of stress relief, albeit a tad destructive. Well, Muay Thai works in a similar way. Namely, the punches, the kicks and the “aggression” of Muay Thai are actually a great form of stress relief and it’s certain you’ll benefit from it.

You might not become Sagat or some other Muay Thai legend, but – you just might? Muay Thai careers are often unpredictable and it is the underdogs who surprisingly succeed on many occasions. You never know – you might just be one of them so it would be a shame if you missed your chance!

If you are choosing between Muay Thai and other martial arts for start, take a look at our articles that compare Muay Thai to different martial arts: