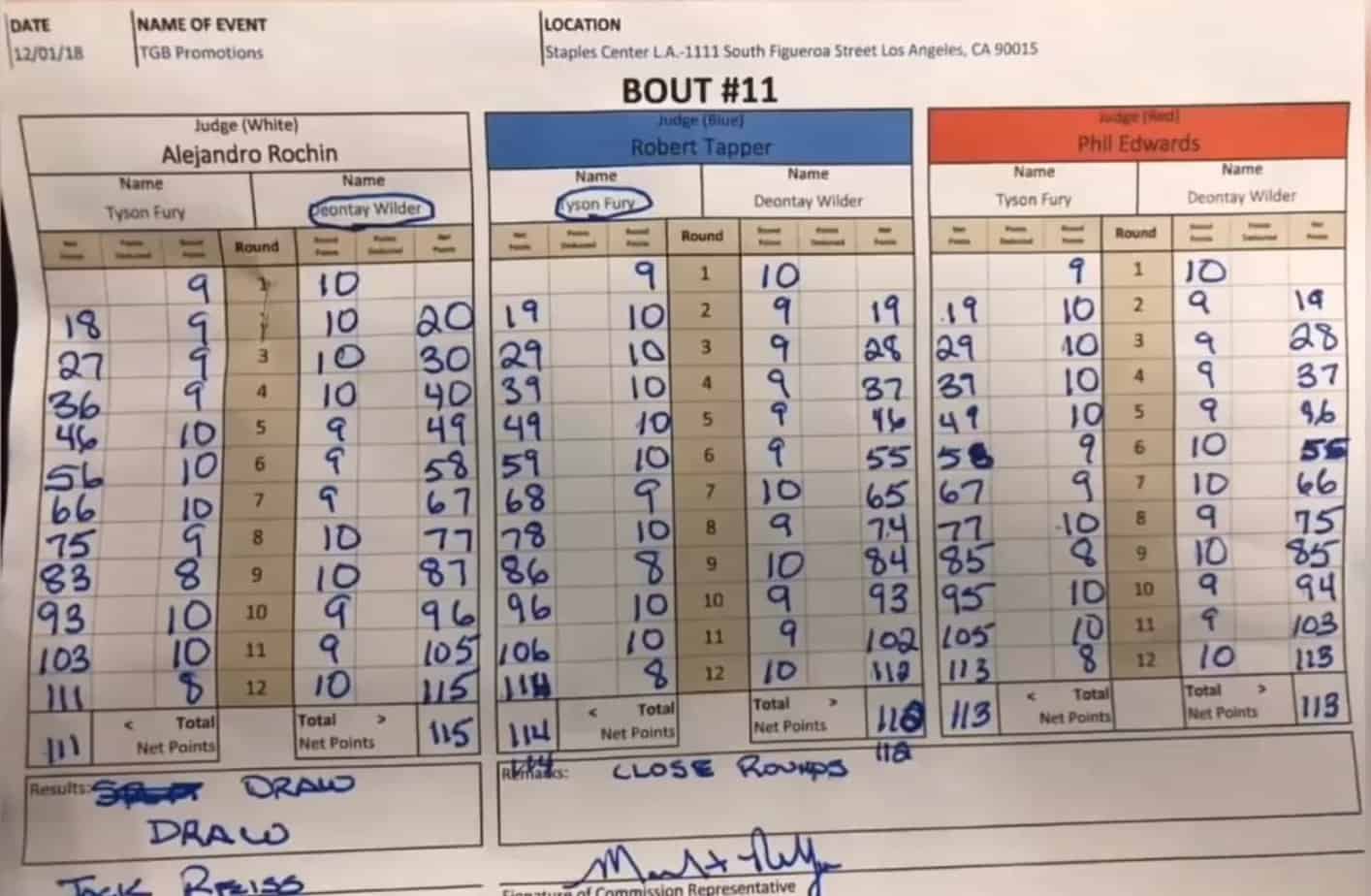 The fighters are the most important and well-known part of MMA. But they’re not the only ones there. You have referees, who oversee the fight in the octagon, and the judges, who sit outside the ring and observe the fight. In case there’s no K.O. or a disqualification, the judges are the ones who decide the winner, which is why they have to know the rules and observe the fight well, because one point, one round can make a difference. The judges are often scorned upon and their decisions are always in the spotlight, but they’re the only people we currently have and we have to trust their judgements.

Becoming an MMA Judge is not easy. You have to register with your local sanctioning body and get a license. Although not necessary, you should have some MMA background. The whole process takes up from six months to a year. At that moment, you can start judging amateur matches.

Difference Between MMA Judges and Referees

Although the difference is probably well-known and we’ve already discussed it in an earlier article, it’s not in vain to recapitulate the difference between a judge and a referee.

Judges are ringside observers who score the match and make the final decision in case there’s no K.O. or a disqualification. They do not participate in the fight directly, but rather just observe it. They score each round based on the fighters’ performances, they can deduce points for rule violations and ultimately decide the winner if both fighters are still standing after the fight is over.

The referee, on the other hand, participates in the fight. He is always inside the octagon and has to watch out that the fighters respect the rules and each other. He’s responsible for announcing the winner, but his actual powers are quite limited. He can deduce points for rule violations, he can stop a fight, declare a fighter as unfit for further combat, but he cannot influence the final decision about the winner.

How Do You Become an MMA Judge?

The process of becoming an MMA judge is far from easy. First of all, you have to register with your local sanctioning body. This is an organisation in charge of certain sports in a certain area, so you’ll have to find the one in charge of MMA or martial arts/combat sports in general. You have to register with them and obtain a licence, after which you can start your career in amateur matches.

You can also obtain a licence via a private, specialised school, but that will probably cost you more, although they are equally valued like state-issued licences.

Before you obtain your licence, a good way of preparing yourself and practicing is the so-called shadow judging. Shadow judging is when a judge-in-training sits behind the actual judges during matches and does the scoring. His scoring doesn’t, of course, count, but his goal is for his scores to be similar or the same as the official ones.

The training self is pretty complex, because there are several very important things you have to watch out for and they are not always easy to notice. You have to watch out for the control aspect and the technique, but also two other things which are usually very hard to score and for which you need a lot of experience – the damage component (how much damage one fighter did to the other) and the pain factor (how painful was the fight).

How Do You Become a UFC Judge?

But, it’s one thing to judge amateur fights and a another to do so in the UFC. So, how do you get to the UFC? Well, we don’t actually know that much about it. It is certain that you have to have experience, but you also have to have good connections, since there is a lot of protectionism in the UFC. So, for you to come and judge the best, you won’t just have to be the best, you’ll have to be connected to the right people.

The whole process itself is very secretive and it is very difficult to stumble across any precise information, so we’ve brought you everything we managed to find out. The prerequisites are probably similar like those in amateur fights, but you’ll still need much more than the basics.

The judges, although important, aren’t that popular like referees, so we haven’t collected much information on them. Thus, we cannot say – with any certainty – who the best and worst judges are.

But we did do a little digging for you, so we’re going to present you some of the names on whom we’ve managed to gather some information.

These judges are mostly controversial, so it’s up to you to decide whether their notorious reputation is a good or a bad thing.

The first name we’ve managed to dig out is Sal D’Amato, a judge whose controversial decisions – even in clear cases – secured him the reputation of being one of the most dissenting judges in the MMA, meaning he most often doesn’t agree with his colleagues.

Due to the controversial role of the judges and the fact that their decisions are almost always under some level of scrutiny, it is difficult to find names about whose qualities there is a consensus. In this context, we’ve only managed to find the name of Doc Hamilton, who is considered to be a fairly good and knowledgeable judge.

The rest will, for some time at least, remain a mystery, but hopefully – we’ll get access to some more precise information on the judges, their decisions and their knowledge. That way, online forums won’t be a source of information, because we all know how unreliable anonymous guys on the Internet are.

How Much Do MMA Judges Make?

Since we’ve already discussed the salaries of MMA judges in a previous article, which is much more detailed, we refer you to that link to find out all the necessary details.