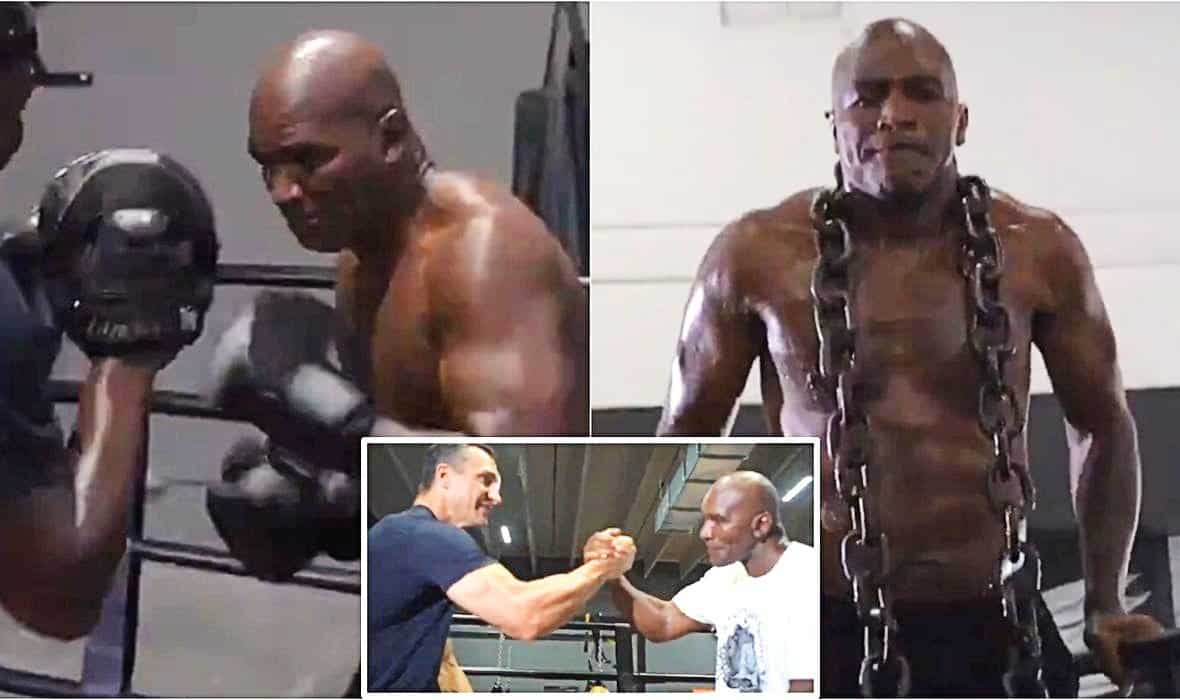 In addition to Mike Tyson, the only man to beat him twice, Evander Holyfield, is preparing to return to the ring. He is already thinking about opponents and has three names, one of which is Iron Mike, while the other two are also his former great rivals and boxing icons of the 90s.

The 57-year-old Holyfield has already had a very long career, since he retired only in 2011, at the age of 48. However, for people like him, the call of the ring is too strong, and as he stayed in training, he decided to follow Mike Tyson’s intention and to return through exhibition matches. He took the preparations seriously and is working with Vladimir Klitschko, and he has three names of opponents in mind.

One of them is Tyson, with whom he has met twice, recording two wins. Although there was a great rivalry between them, especially after Tyson bit off part of his ear in the second match, today they are in a very good relationship, but they are also ready to try again in the ring, this time in a much more relaxed atmosphere.

There is also an option that has been talked about before. It is a match against 52-year-old Riddick Bowe, a boxer believed to have retired prematurely. It was 1996, at just 29 years old. He came back three more times later but in weaker matches. He finished his career with 43 victories and only one defeat inflicted on him in 1993 by Holyfield. Holyfield actually then avenged the defeat a year earlier, so this would actually be a trilogy as well.

Bowe was also contacted, unlike the third man Evander mentioned. This is Lennox Lewis, against whom he also fought twice. In March 1999, there was a draw, with Lewis celebrating eight months later with a unanimous decision. Holyfield has confirmed that there has been no contact yet, but believes Lennox could be interested.

“It’s best to do it with someone who’s been close to you. I don’t want to go out and fight someone who would build their name that way. People want to see me and Bowe, but also Mike Tyson or Lennox Lewis,” he confirmed to the Times why are these guys exactly the opponents he prefers, and added that this could happen at the end of the year in Saudi Arabia:

“We’ll fight three rounds, not ten or 15, and we might have helmets. My plan isn’t to knock someone out, but we’ll have 16-ounce gloves, and sparring can go well with them, too.”