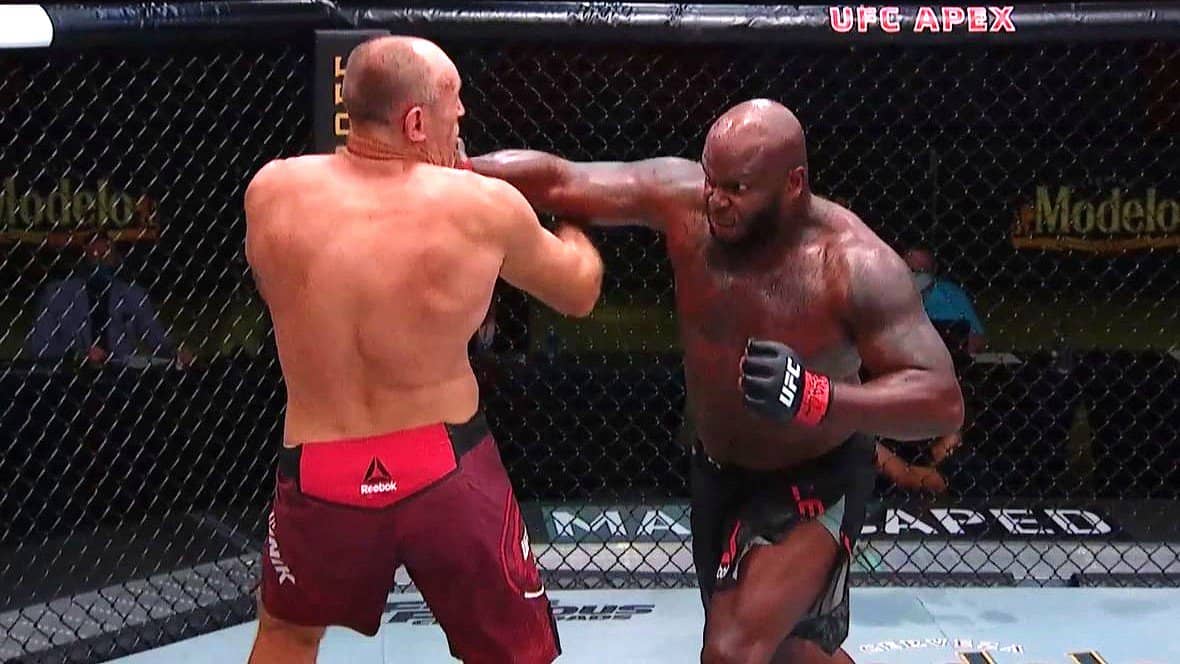 Derrick Lewis recorded a new victory confirming the fourth place in the UFC heavyweight rankings, but he also became the fighter with the most knockouts in the history of that division, leaving behind Cain Velasquez and Junior Dos Santos. A very important victory was also achieved by Chris Weidman in the title fight of the UFC Fight Night 174 event, but let’s go in order.

Derrick Lewis and Aleksei Oleinik offered fans a very interesting first round, which featured mostly grappling outsmarting. Lewis took the fight to the floor first, but failed to do much from the top position, as he watched out from Oleinik’s ezekiel choke. In the middle of the round, the Russian makes the transition and he ends up in the upper position and starts working on choke. He wasn’t far, but Lewis still managed to close the full grip with his hand, only to end up in a better position again for a short time, but Oleinik ended up on Lewis with another great move. So he stays until the end of the round, as he has failed more than that. Already at the start of the second round, Lewis finished the fight. He started to hit with his knee, which did not find the target, but he found it with the right crochet hook, which he connected to the attack. With it, he sent Oleinik to the floor, and there, with a series of strong blows, led to the stoppage of the fight. It is the 15th victory of Lewis in the heavyweight category and the 11th knockout in total, which is now a division record.

The big winner is also Chris Weidman, after a 15-minute tough fight against Omari Akhmedov. In the first round, we saw the dominant Chris whose wrestling was too much of a problem for Akhmed. The action wasn’t too much, but enough for a safe Weidman round. Likewise, the former champion continued in the second round, but in the middle of the same Akhmedov came to the top position on the floor and created problems for Weidman until the end of the round. Apparently equalizing the situation, Akhmedov intended to continue the same in the last round, but Weidman annulled it beautifully and again he was the one who took the fight to the floor, and then with great control, he brought the fight to an end for his victory by a unanimous decision. in the last seven fights.

Darren Stewart managed to take advantage of the mistake his opponent, Maki Pitolo made, and caught him in a guillotine which ended that fight.

Yana Kunitskaya tactically did the fight against Yulia Stoliarenko for a clear victory, while Beneil Dariush is the author of the most beautiful move of the show. Scott Holtzman endured a lot within the first four and a half minutes of the fight, but the circular punch was something that ended him up on the floor instantly. It was clear that he had completely lost track of where he was and the judge very meaningfully stopped the clash.

Tim Means defeated Laurean Staropoli in the main fight of the introductory program, which also brought three stoppages. Kevin Holland knocked out Joaquin Buckely in the third round, Andrew Sanchez did the same to Wellington Thurman in the first, while Gavin Tucker forced Justin Jaynes to surrender in the third round. Nasrat Haqparast defeated Alexander Munoz by decision, and in the same way, Youseff Zalal against Peter Barrett and Irwin Rivera against Ali AlQaisi achieved more victories.