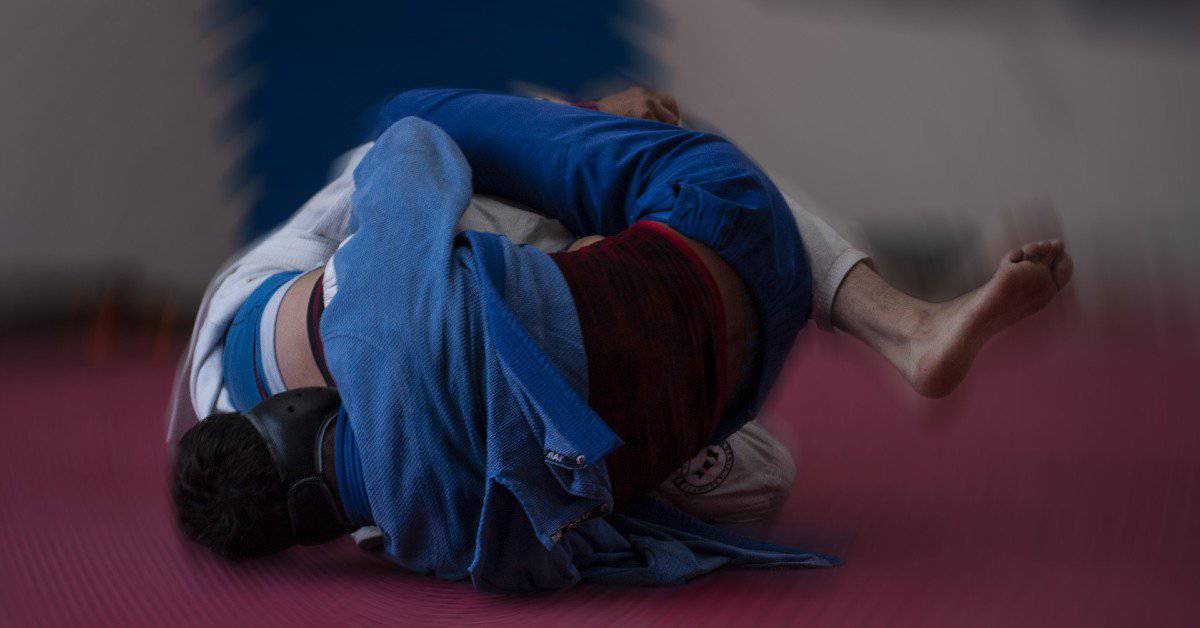 What Is a Grappling Dummy?

Which Martial Arts Use a Grappling Dummy?

Mixed martial arts originated as mixed combat sports in Ancient China and Ancient Greece. The Chinese combat sport of Leitai is one of the first mixed combat sports and utilised elements of different kung fu styles, boxing and wrestling. In Ancient Greece, such an example can be found in the art of pankration, a very specific martial art that combined boxing – which was very popular in Ancient Greece – and wrestling – which probably originated in Mesopotamia or Ancient Egypt. Pankration was extremely popular (even the most popular sport, according to some historian) in Ancient Greece and there is vague evidence that similar mixed combat sports were practiced in Ancient Japan, Egypt and India. Different hybrid martial arts developed as centuries passed, but despite a large number of historical influences, modern MMA is considered to stem from Brazilian jiujitsu and vale tudo; the latter is yet another full-contact hybrid combat sport that originated in Brazil. Vale tudo events date back from the 1920s. MMA events continued to develop as decades passed until 1993, when the first official global MMA event – the UFC 1 – was held in Denver, Colorado. This is the official “birth year” of MMA and one of the most important events in the evolution of mixed and hybrid combat sports. UFC 1 was televised and it was in a review by critic Howard Rosenberg that the term “mixed martial arts” appeared for the first time.

Wrestling is a modern combat sport that involves grappling techniques such as clinch fighting, throws and takedowns, joint locks, pins and other grappling holds; the aim of wrestling is to pin your opponent down on the mat, thereby winning the match. The sport can either be theatrical for entertainment purposes (professional wrestling), or genuinely competitive; competitive wrestling has several styles such as folkstyle, freestyle, Greco-Roman, judo, sombo and others, although some of them are now distinct martial arts and/or combat sports. A wrestling bout is a physical competition, between two (occasionally more, although seldom) competitors or sparring partners, who attempt to gain and maintain a superior position. There are a wide range of styles with varying rules with both traditional historic and modern styles. Wrestling techniques have been incorporated into other martial arts (especially judo, Brazilian jiu-jitsu and MMA) as well as military hand-to-hand combat systems. The term wrestling comes from the Old English word wræstlunge (glossing palestram).

Brazilian Jiu-Jitsu (BJJ) (Portuguese: jiu-jitsu brasileiro) is a self-defence martial art and combat sport based on grappling, ground fighting and submission holds. BJJ focuses on controlling one’s opponent, gaining a dominant position over him and using a number of specialised techniques to force them in to submission via joint locks or chokeholds. Brazilian Jiu-Jitsu was first developed an modified in the 1920s by Brazilian brothers Carlos, George and Hélio Gracie after Carlos was taught traditional Kodokan judo by a travelling Japanese judoka called Mitsuyo Maeda in 1917; the brothers later went on to develop their own self defence system named Gracie Jiu-Jitsu, which is not that different from traditional BJJ, but it’s still very distinctive. BJJ eventually came to be its own defined combat sport through the innovations, practices, and adaptation of Gracie Jiu Jitsu and Judo, with governing bodies such as the IBJJF working worldwide, becoming an essential martial art for MMA.

Judo (柔道, jūdō, lit. gentle way) is a modern martial art, which has since evolved into a combat and Olympic sport. The sport was created in 1882 by Jigoro Kano (嘉納治五郎) as a physical, mental, and moral pedagogy in Japan. With its origins coming from jujutsu, judo’s most prominent feature is its competitive element, where the objective is to either throw or take down an opponent to the ground, immobilize or otherwise subdue an opponent with a pin, or force an opponent to submit with a join lock or a choke. Strikes and thrusts by hands and feet as well as weapons defences are a part of judo, but only in pre-arranged forms (kata, 形) and are not allowed in judo competition or free practice (randori, 乱 取り). It was also referred to as Kanō Jiu-Jitsu until the introduction to the Olympic Games. A judo practitioner is called a judoka and the judo uniform is called judogi. Th philosophy and subsequent pedagogy developed for judo became the model for other modern Japanese martial arts that developed from koryū (古流, traditional schools).

How and What with Do You Fill a Grappling Dummy?

Although it might be better to buy one because of the very specific design it has, a grappling dummy is not something you cannot make yourself, at home. Rener Gracie, of the famous Gracie family, made a very detailed video guide you can check out online:

Since the video is pretty detailed, we won’t be bothering you with the details, but are rather going to tell you which materials you can use to fill your own grappling dummy:

What Size Grappling Dummy Should You Get?

The question of size depends on several factors. Namely, first – you have to consider your own height and weight, as to not buy a dummy that is too big or too heavy (or vice versa) for you.

The second thing you have to watch out for are the techniques you want to practice on the dummy. Not all dummies are fit for all techniques, with the smaller and lighter ones generally not having as much to offer as the larger ones.

Although each manufacturer offers something of his own, here are some general guidelines when it comes to size and weight:

Are Grappling Dummies Worth It?

Whether you’re spending money on buying one, or time on making one yourself, you might wonder whether it’s actually worth it to have a grappling dummy? Like most utensils, a grappling dummy has its benefits and its downsides and we are going to list them here for you.

What Are the Best Grappling Dummies You Can Get?

After reading all of this, if you decide on buying a grappling dummy rather than making one yourself, we’ll being you a list of some of the best models out there, along with their prices so you can pick for yourselves:

The best grappling dummy model that you can buy right now is from the Combat Sports manufacturer, which you can see here. Worth noticing is, that it is really not cheap, so we highly recommend looking at the one from Celebrita MMA. It is as good as the first one, but far cheaper.

If you are looking for a grappling dummy for your kid, then this one is your go-to option.

Well, that covers everything you need to know about grappling dummies in different martial arts and combat sports. If you want to know more about the world of martial arts, please follow us and see you next time.