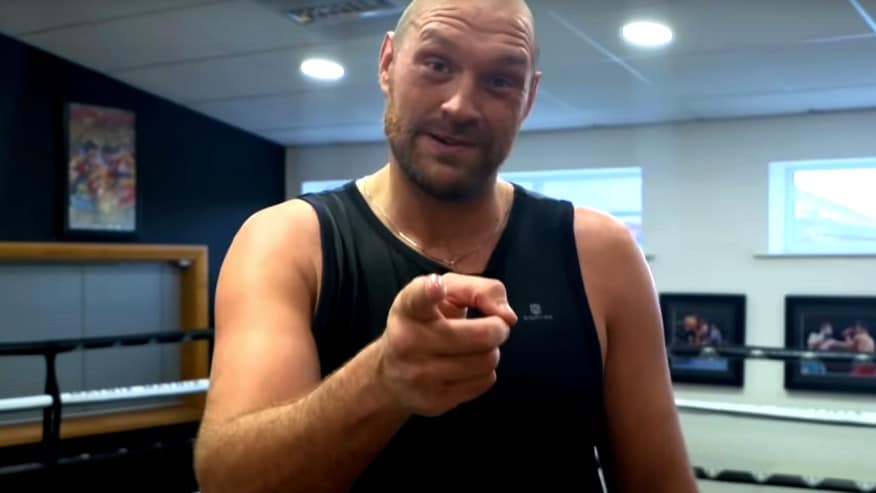 The current WBC heavyweight world champion has put together his list of the five best heavyweights of today, and the part of the ranking that concerns Anthony Joshua and Deontay Wilder caught the eye of many.

Shortly after the two sides managed to reach an agreement on as many as two mutual encounters between Fury and Joshua, the ‘Gypsy King’ had already begun to lightly provoke his potential rival by placing him in third place in his standings.

Although the contracts have not yet been signed, the people behind today’s best heavyweights have confirmed that if all goes according to plan, Fury and his compatriot holding the WBO, WBA, IBO and IBF titles will settle accounts twice so that the first match could be held as early as the summer of 2021. Of course, for something like this to be achievable, both Tyson and ‘AJ’ will have to overcome already known rivals in their next matches.

Recall, Fury is having his third meeting with Deontay Wilder, while Joshua faces a dangerous challenge in the form of Kubrat Pulev.

‘King of the Gypsies’, as expected, put himself in first place in front of the ‘Bronze Bomber’, which he sees as the second best representative of the ‘royal’ category. Joshua, despite holding all the remaining prestigious titles, was awarded only third place. It is followed by the former ruler of the lightweight category Oleksandr Usyk, and the TOP 5 is closed by Dillian Whyte – a mandatory WBC challenger who could be Fury’s last obstacle before the clash with Joshua, although it does not fit into the plans of the WBC champion …