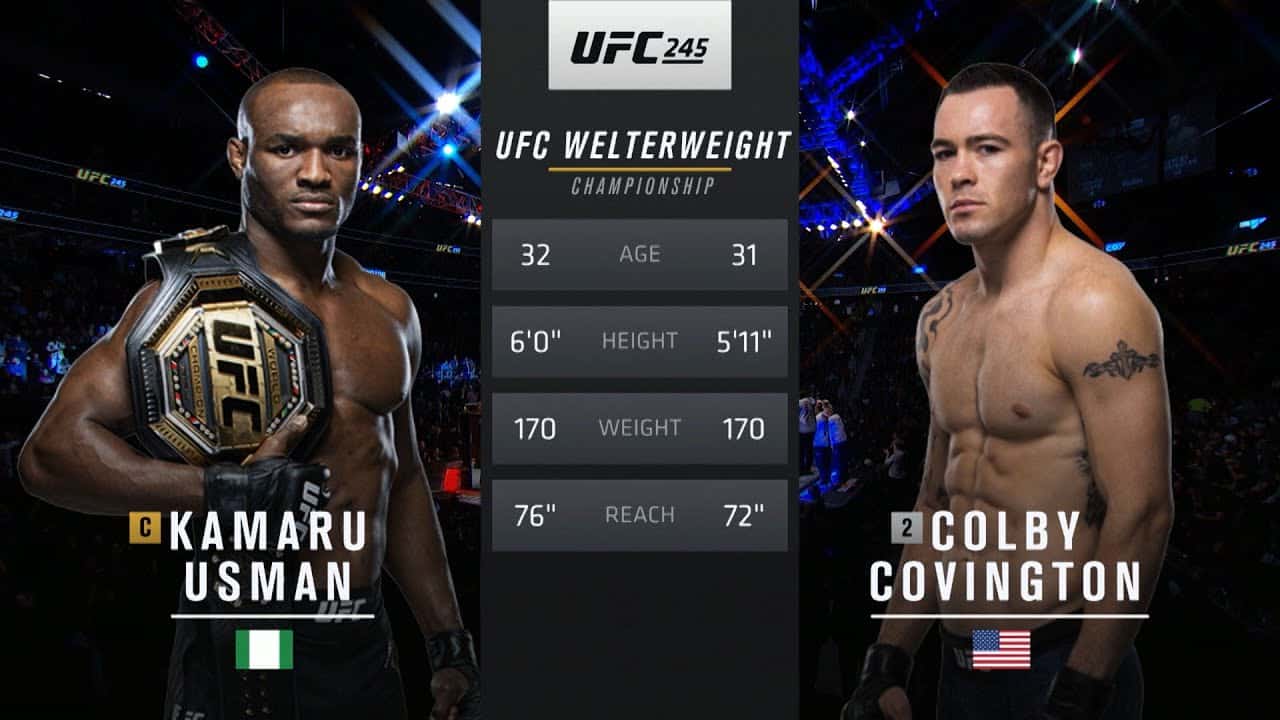 After five events at the APEX complex, the UFC is leaving American soil and moving to its ‘Fight Island’, or Yas Island in Abu Dhabi.

The most famous MMA promotion will open its program at the new location with a big UFC 251 event led on July 11 by a welterweight bout between champion Kamaru Usman and his challenger and friend Gilbert Burns.

To make the spectacle even bigger, the UFC made sure by adding two more championship fights to the same event. First is the rematch of Alexander Volkanovski and Max Holloway, and second is the showdown for the vacant bantamweight title between Petr Yan and Jose Aldo.

And to warm us up for this event from the UFC, they decided to honor us with a recording of an unforgettable fight in which Usman stopped Colby Covington and defended his welterweight title for the first time.

It was a match that took place in December last year at the UFC 245 event, and how things went that night in the Octagon, you can check out the rest of the article.