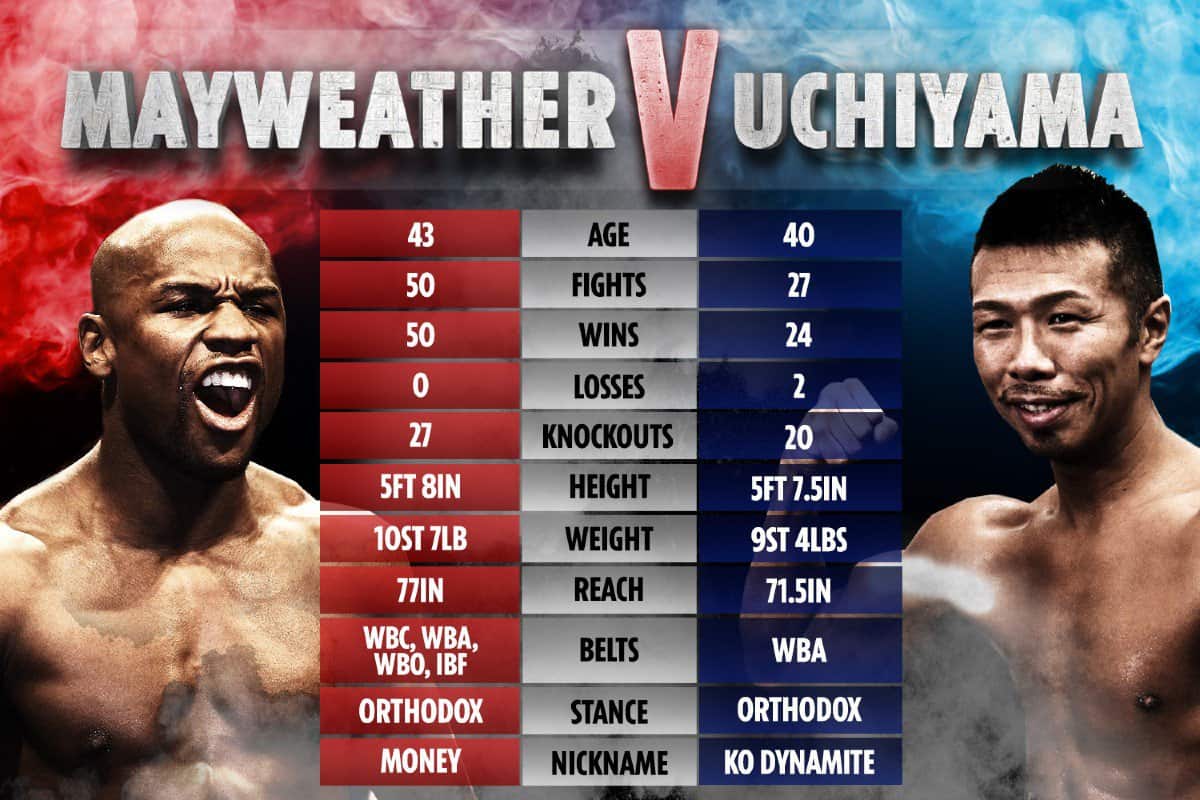 Floyd Mayweather, one of the best boxers in history, could return from retirement and do a new multimillion-dollar match.

Mayweather, 43, retired in 2017 and could now return to the ring and cross gloves with another former world champion, Takashi Uchiyama.

Mayweather held an exhibition match against kickboxer Tenshin Nasukawa in Japan in 2018, collecting $10 million, and now he should return to the Land of the Rising Sun to do a professional fight.

The fight is arranged by RIZIN, which was confirmed by the promoter of this organization, Nobuyuki Sakakibara.

“We are arranging a fight between Mayweather and Uchiyama. We have to agree on the money, but the talks are going in the desired direction with both of them. I expect the fight to happen,” Sakakibara told Japanese media, adding that he expects Pia Arena MM in Yokohama to get permission to receive 50 percent of the capacity due to the coronavirus pandemic, that is to be held in front of about 5,000 people.

Although RIZIN wants this fight to be the 51st professional in Mayweather’s career, due to strict rules, it seems that it will be like the previous exhibition character.