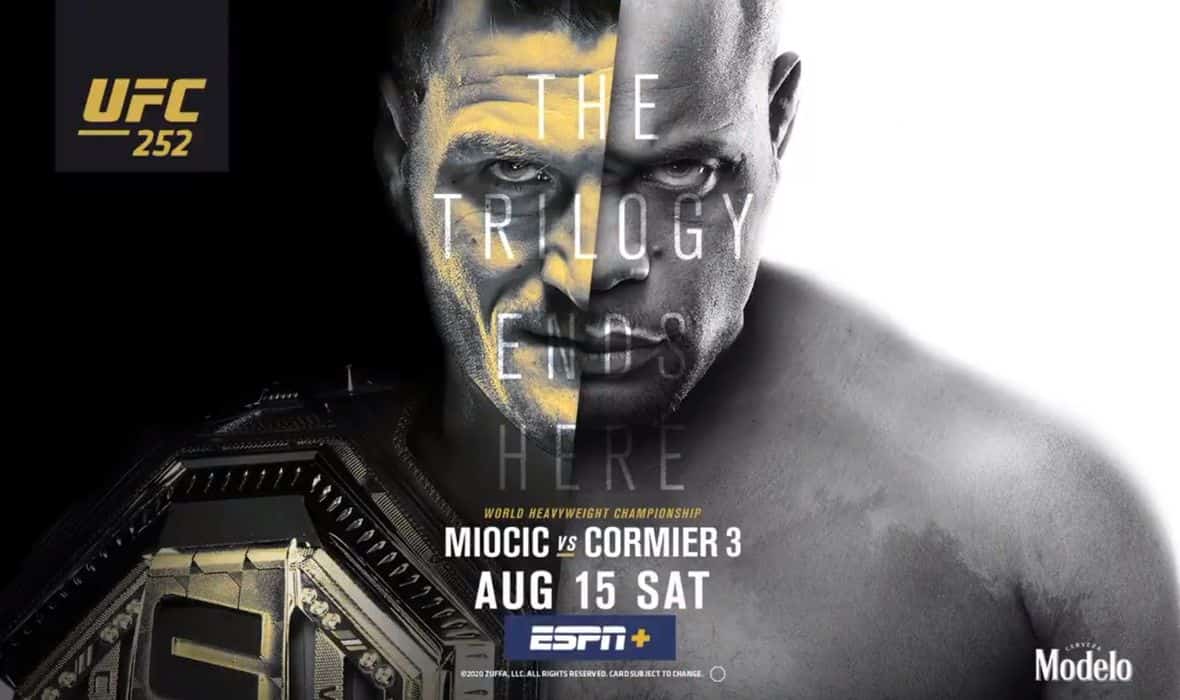 The great UFC 251 is behind us, which means it’s time to gather impressions and immediately start preparing for the next big spectacle that follows. In the next five weeks, the UFC will delight fans with several interesting events, and the best one is scheduled for August 15, exactly four weeks and six days from today; UFC 252 in the UFC’s APEX complex, with the third fight between Stipe Miocic and Daniel Cormier as the main event.

363 days after Stipe Miocic found the strength to get out of adversity and then found Cormier’s liver with punches, the two best heavyweights in the world will compete in one of the biggest and best trilogies in the history of the sport. Some questions have been reopened, and the answer will be given at that event, where a real fight for the legacy is being waged. Stipe intends to defend what he has proven to be his, and Cormier will be maximally motivated because his last fight is ahead of him, there is simply no make-up exam!

See what the first announcement prepared by the UFC, which premiered during the broadcast of the UFC 251 event, looks like. There is little time left, and we know exactly where you will be in mid-August and what you will be doing at that point.