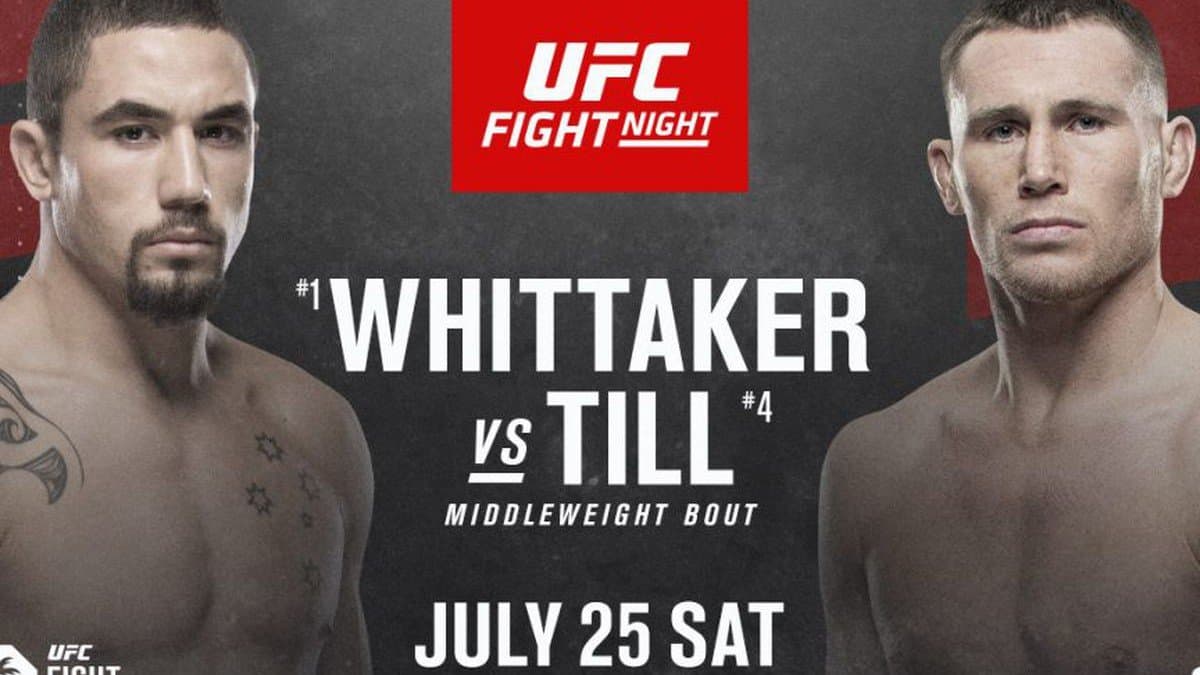 As many as 15 matches bring us a new show on the UFC’s ‘Fight Island’.

The UFC will conclude the month of July with the fourth in a series of events taking place on Yas Island, and then the action will relocate to the Las Vegas APEX complex.

The main stars of the new event in the Flash Forum will be Robert Whittaker (20-5) and Darren Till (18-2-1). These top middleweight fighters will lead the UFC on ESPN 14 event, and a better one between two of them will come one step closer to attacking the title.

For former champion Whittaker, this will be his first appearance since October last year and the UFC 243 event where he was knocked out by Israel Adesanya. It was the ‘Bobby Knuckles’ first defeat after nine consecutive victories, and his new quest for the throne kicks off this weekend from the Octagon where a 27-year-old Liverpool fighter awaits him.

Till, let us remind you, decided to refresh his career by moving from welterweight to middleweight. And that he made a good change was already shown in November 2019 when he broke a two-game losing streak and defeated the dangerous Kelvin Gastelum in New York.

But Till and Whittaker are just some of the big names that will be reckoned with in Abu Dhabi.

A great trilogy and farewell to a Brazilian legend

The co-title match of the evening brings us a clash of true MMA legends and the third meeting of Maurizio Rua (26-11-1) and Antonio Rogerio Nogueira (23-9). This fight of Brazilian icons gained in value when the 44-year-old Minotauro announced that it would be the last match of his career.

“I think my time has come. I have a lot of other work, a few projects in the pipeline and my head just doesn’t stop. I’m sure I’ll successfully adjust to life without fighting. I’ll be a coach, I have my own team and I’ll be able to dedicate myself to it. Maybe finding some new champions fulfills my desire to win. All this is going on in the best possible way – I am fighting a great champion, someone I respect and who has given me a rivalry that has made me train even harder. Yes, when I fight Shogun then I’m training more than usual. I’m excited and I know it’s going to be a great fight,” Nogueira announced back in June.

Lil Nog and Shogun first clashed in 2005 at the Pride event in Saitama, and we watched the rematch 10 years later at UFC 190. On both occasions, Rua, six years younger, won by unanimous decision.

This will be the first match for Nogueira since the fight in which he was knocked out by Ryan Spann, while Rua returns to the cage after defeating Tyson Pedro in the last two appearances and recording a draw in a fight with Paul Craig.

We should also mention that former heavyweight champion Fabricio Werdum (23-9-1) and former light heavyweight challenger, and today a member of the ‘royal’ category – Alexander Gustafsson (18-6), are fighting at this event. For both celebrities, this is a very important match as both have been defeated in their last two appearances.

Robert Whittaker vs. Darren Till