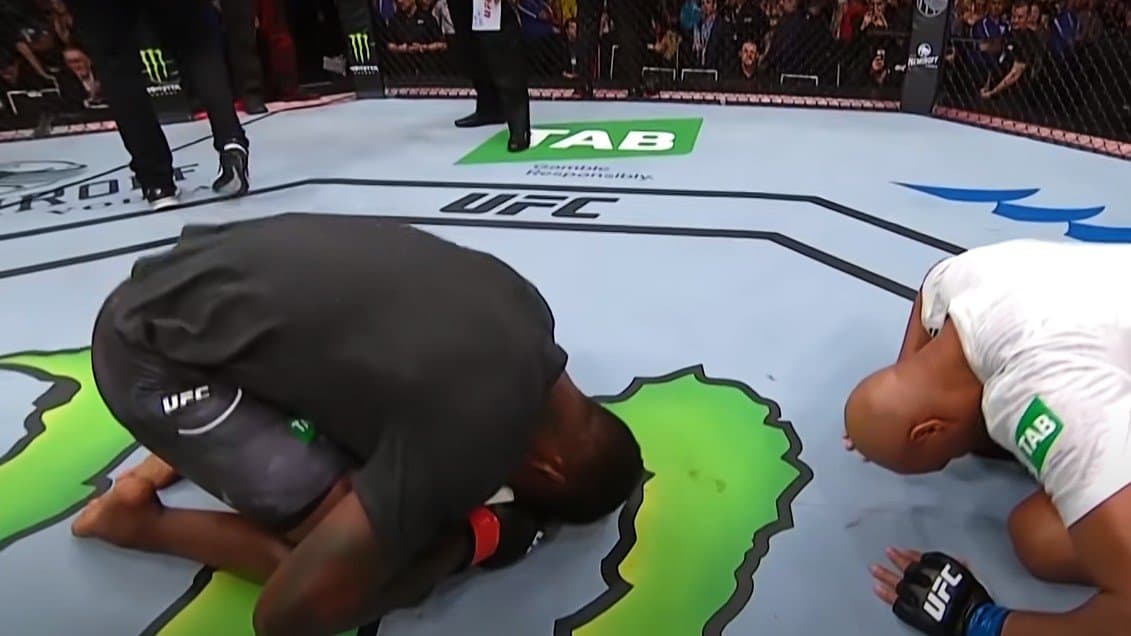 Monster is one of the biggest brands in the world, and official UFC sponsor. But, do UFC fighter really drink it, or is it only for promotion of the company and the organisation?

We will tell you below about connection between UFC and Monster, tell you more about fighters drinking it, as well as are they compensated for promoting the energy drink.

Deal Between UFC and Monster

Monster Energy is one of the biggest brands in the world. It is based in Corona, California, and has overtime risen to become the leading distributor of energy drinks and products like the Java monster, Dragon tea, Extra strength, and other several drinks under the brand.

In 2013, reports had it that the company held a 35.1 percent share of the US energy drink market. It had a place on the business magazine’s list of best-managed companies for the year 2014. Making 2.4 billion in sales was definitely worth getting the spot. They are often seen in connection with the spot.

Monster Energy also supports some music brands in the world. The Company’s help in extreme sports events is one of the things that brought the company to the limelight. Various extreme sports such as skateboarding, motocross, Bellator MMA, some electronic sports, and even the Ultimate Fighting Championship ( UFC ) are some of those they supported.

The Company’s support for sports was again proven as the brand signed a new contract with the Ultimate Fighting Championship (UFC). The drink becomes the Official Energy Drink of the UFC and also a sponsor. The contract between the brand and the mixed martial arts promotion company will not only be beneficial to both parties but will also contribute to the growth of sports.

Reports from several sources with knowledge of the contract have confirmed that about $9 – $10 million dollars is the cost of renewing the contract annually. This will encompass the rights to place the brand’s logo in the center of the octagon canvas in the UFC, amidst other components of the contract. Before the contract was made public, a Monster athlete, Quinton “Rampage” Jackson wore a hat that had the brand logo on it.

This actually got most people sensing that there might be some sort of partnership between the brand and the UFC because fighters on the UFC are always prevented from being seen, especially while on camera, with brands or sponsors that are not authorized by the UFC. So for Jackson to have the brand logo on his hat, it showed that something was up.

A partnership between these exceptional bodies is definitely something to keep continuous. And indeed that was the case, as the UFC announced a continuation of the contract they had with the brand. The news of the continuation of the global partnership between UFC and the brand was very pleasing to many individuals. The renewal reinstates Moster Energy drink as the Official Energy Drink of the UFC.

Mitch Covington, who is one of the top personalities at Monster Energy, said he is pleased that the brand is continuing its relationship with the UFC and still holds its position as the Official Energy Drink of the UFC. He said both parties in the contract are global brands that share a common interest in supporting athletes, and also a love for creativity as well as performance. He hopes that the brand’s relationship with UFC will help build a dominant position for the brand and also increase its reach globally.

Paul Asencio, who is the UFC senior Vice President of Global partnership, also expressed how thrilled the Company was to continue the worldwide partnership with the brand. He described it as a renowned brand and strong sponsor that not only helps but also goes well with UFC.

He made it known that the Monster brand always seeks to promote its image among enthusiasts and also provide good products as well, and is also creative in its market, both being special qualities that the brand shares with the UFC. He hoped that both brands will, through organized effort, provide exceptional products for their fans.

Dana White, the UFC President said the UFC as a body is excited to proceed with the partnership with the brand which he described as an amazing partner, and he is expectant that the partnership is taken to another level.

One of the executives at UFC said that they are excited to partner with the brand, and he hopes that a multi-year deal will bring opportunities for both parties.  He said that the place of center canvas and entrance logo placement inside UFC’s Octagon at events still remains that of the brand.

A number of UFC fighters have been seen drinking Monster Energy and quite a lot have signed endorsement deals with the brand. It is said that Monster Energy is not just a drink but also a pattern of life lived by their enthusiasts, and athletes.

Yes, fighters are compensated for advertising Monster Energy. Monster has signed a multi-million-dollar endorsement deals with various UFC fighters. The brand renewed one of these with Conor MacGregor, a big UFC champion and probably its biggest star. Though the athlete had been previously endorsed in the year 2015, the renewal which is a one-year contract has been said to be one of the very lucrative deals the brand has done with him, as the fighter bags the millions of dollars deal.

It is said that the amount MacGregor would receive from this deal is way higher than the amount he got from the last deal with the brand. Another extraordinary fighter Ronda Rousey also bagged an endorsement with the brand. She was described as not just a good fighter but also a champion, an athlete that is good at her game, just enough to reward the athletes’ work.

Other UFC fighters who have been sponsored by Monster Energy and have earned quite a lot of money from the deal include David Cormier, Cain Velasquez, Max Holloway, Dominick Cruz, Paige Van Zant, Tyron Woodley, Chris Weidman, Yair Rodriguez, Jon “Bones” Jones, and many others.

Some popular names from the UFC that are seen drinking Monster

Chad Laprise, Chris Weidman and Conor MacGregor are some UFC fighters who have been seen drinking Monster.