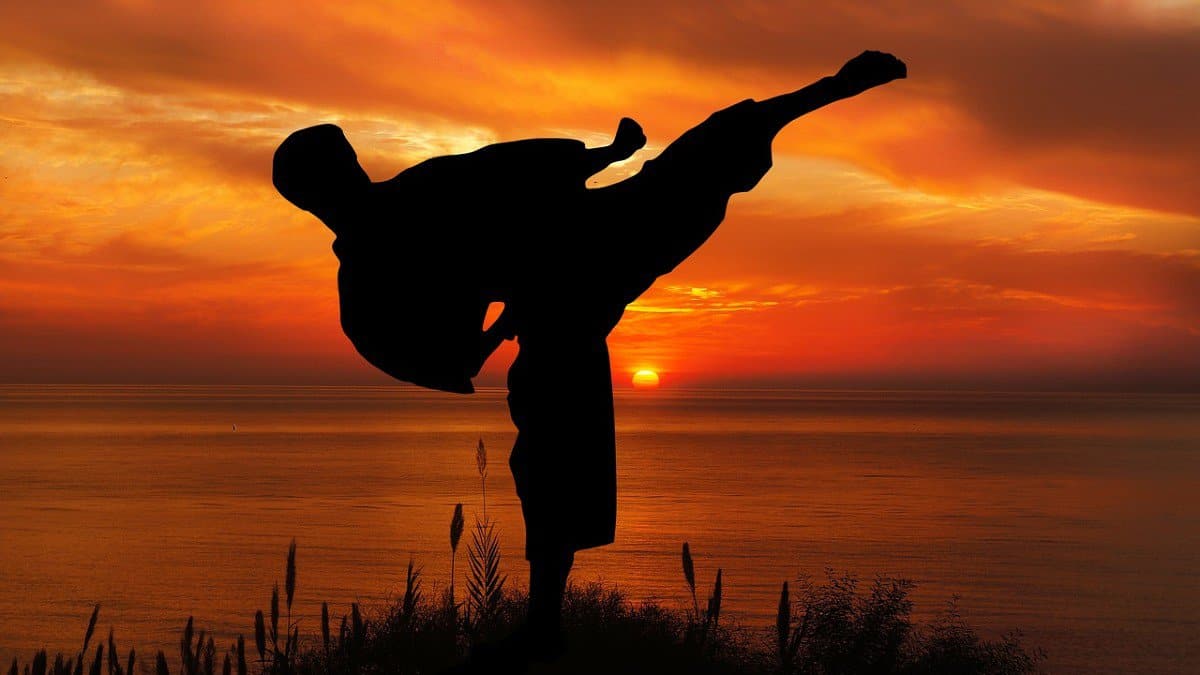 There are many different styles of Karate, and in this post, we are going to discuss the difference between the two forms, Kyokushin Karate and Shotokan Karate.

Kyokushin Karate is a full-body contact with using maximum force. On the other hand, Shotokan Karate allows strikes only at certain parts of the body, and they are weak and very limited.

Karate was founded in Japan in the 17th century. Like in many other martial arts styles, Karate focuses on mental power, coordination, and respect. Karate fighters are trained on using their bodies as weapons, rather than using human made arms.

What is Kyokushin Karate

Kyokushin karate is regarded as the best Karate in the martial arts world, using conventional and systematic Japanese training techniques to cultivate energetic individuals and top combatants. It is an enjoyable way to develop excellent physical fitness, expertise in self-defense, confidence, and self-discipline.

The technique is a self-defense method that involves straight kicks, punches, and body movement. The style is an intense physical discipline that benefits the mental conditioning of the player. The fighter uses blows on the elbows and knees as well as low kicks to fight at near distances. This karate style focuses on vigorous Middle Shock combat.

All the teaching methods used in this style are different from their methodology. Since the sparring is so hard-hitting and can often be done without using gloves and any other defensive equipment, both hand and elbow hit to the head or neck during both training and competition are prohibited. Kata, the elegant self-training sequence of moves, can also be a crucial activity in practice.

What is Shotokan Karate

This is a traditional Japanese martial art developed by Master Gichin Funakoshi. Karate’s style remains firmly rooted in a deep tradition of martial arts, emphasizing a continuous discipline for a balanced mind and body rather than being purely a sport.

With the use of wide stances and linear techniques, this technique allows students to use their hands, elbows, knees, and feet to deliver impressive strikes quickly and effectively. The Shotokan karate philosophy is not merely about martial art training or self-defense. It is all about improving yourself.

The technique results in physical and aerobic fitness, improved perceptibility, body alignment, posture, and motion, managing stress, concentration, trust, and discipline. Individuals who are overweight, inflexible, uncoordinated, or lacking self-confidence or self-discipline can significantly benefit from this style of Karate. Results should not, of course, be expected overnight, but with regular training, you will see improvements.

The main difference between Kyokushin Karate and Shotokan Karate

How hard is to learn Kyokushin Karate

Kyokushin was founded in a philosophy of self-improvement, hard work, and discipline. The player can train to be effective in the fight. One of the techniques taught is sparring.

The method does not allow you to hit the head; the opponents will inevitably train to hit the other parts of the body with hard punches. And since there are no gloves, when you get punched, you can feel the knuckles very well. People in Kyokushin do not necessarily spar with shin guards.

The player will also learn the abilities to effectively land the strikes with both the hands and feet from a close distance. The player can spend a reasonable amount of time learning how to use hips and move weight to maximize strength in the punches.

If the player does not rely on wraps and gloves, he/she can learn how to make a fist and strike.  The legs are conditioned to take punishment from a kick or a check if you fight without shin guards. But you will not be surprised at the amount of pain that a punch or a check would feel like without a shin guard.

How hard is to learn Shotokan Karate

While it is a beautiful form of sport or relaxation for many people, it has a far more profound and broader significance for individuals who practice it seriously. However, this style of Karate can be learned after years of diligent practice. The method emphasizes relentless dynamic strength and movement and destructive strikes.

It was created with real-life fighting scenarios in mind, not sports competitions. Because of different factors, such as strength and flexibility, individuals may find one kata more difficult than another when learning. A karate player requires impeccable coordination, strength and concentration to perform a successful attack.

The style features a technique that offers a difficult jump that needs the practitioner to turn 360 degrees in the air. Skilled karate practitioners also attempt to achieve a very high jump on this leap. It also involves several slower movements that need more grace and rapid relaxation, which some players may consider difficult. While it has slower movements, it requires strong stamina from a player. It also demands a great deal of agility, power, and speed.

Is Kyokushin Karate effective in a street fight?

Yes. It is a complete full-body contact style, requiring practitioners to be in optimum mental and physical health. One on one, no guns, no cheap shots, any time it is perfect against the average street fighter.

It has all the potential to be because the fighter is advised to use sparring training much more than other systems, so you should be prepared for self-defense. However, there are specific areas that are not covered by sparring, such as scenario training and defense of weapons.

Most styles of Karate are effective in street fights, but in the end it all depends on the individual. Kyokushin Karate is effective because of the body hardening you have to do and proper training.

Is Shotokan Karate effective in a street fight?

As for the effectiveness of Shotokan Karate in the street fight, it depends on individual training. If the students are trained in sport fighting, they may not be good for street self-defense combat. But for individuals who learned their striking skills for personal success, it could be effective. I think the strength of Karate’s striking techniques makes one successful in real self-defense.