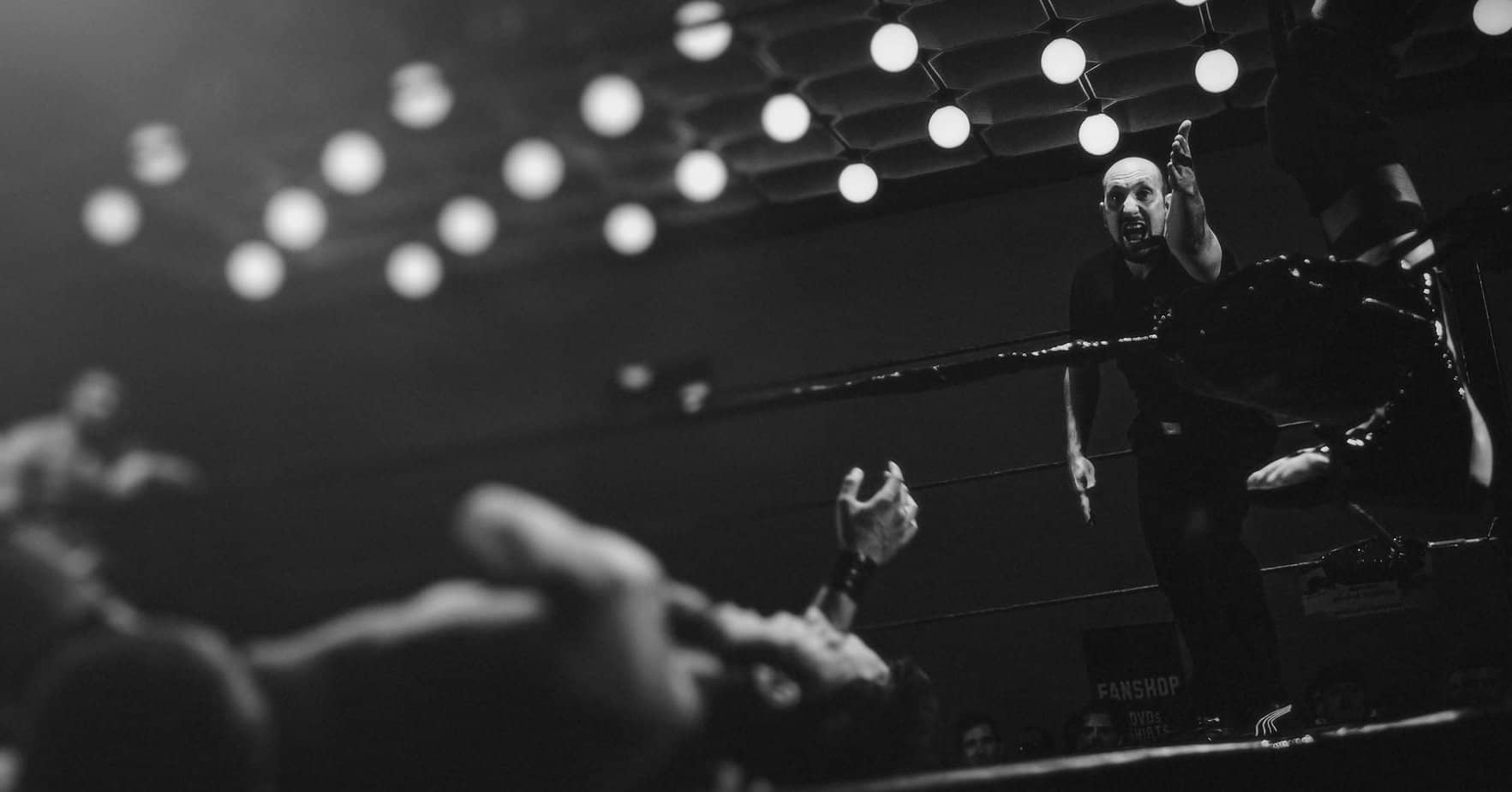 Boxing and MMA are two separate, albeit similar disciplines and one of the most popular combat sports in the world. Still, despite the similarities, these two combat sports have a lot of specific details that makes them unique in their own way. These specifics concern fighting, but also the rules of the game and we have decided to analyse one of those differences in today’s article. So, today’s topic is going to be the difference between a K.O. and a T.K.O. in boxing and MMA.

In boxing, a KO occurs when fighter losses consciousness and is unable to get back after a 10-second count (in MMA there is no count). In both boxing and MMA, a TKO occurs when a fighter is still conscious but is unable to defend from strikes properly.

As you just saw, the differences aren’t that big, but are significant which is why we thought you might want to know all the details. Let us begin!

What Is a Knockout in Boxing and MMA?

A knockout (often abbreviated to KO or K.O.) is a fight-ending, winning criterion in several full-contact combat sports and martial arts, such as boxing, kickboxing, Muay Thai, mixed martial arts (MMA), karate, some forms of taekwondo and other sports involving striking.

A full knockout is considered any legal strike or combination thereof that renders an opponent unable to continue fighting, usually due to loss of consciousness.

The term is often associated with a sudden, traumatic loss of consciousness caused by a physical blow, usually to the head. Single powerful blows to the head (particularly the jawline and temple) can produce a cerebral concussion or a carotid sinus reflex with syncope and cause a sudden, dramatic knockout that will end the fight. Body blows, particularly the liver punch, can cause progressive, debilitating pain that can also result in a knockout.

In boxing (and kickboxing, too), a knockout is usually awarded when one participant falls to the canvas and is unable to rise to their feet within a specified period of time, typically because of exhaustion, pain, disorientation, or (most often) unconsciousness. For example, if a boxer is knocked down and is unable to continue the fight within a ten-second count, they are counted as having been knocked out and their opponent is awarded a victory by K.O.

In mixed martial arts (MMA), no time count is given after a knockdown, as the sport allows submission grappling as well as ground and pound techniques. If a fighter loses consciousness (“goes limp”, as they say in the sport) as a result of legal strikes it is declared a K.O.; even if the fighter loses consciousness for a brief moment and wakes up again to continue to fight, the fight is stopped and declared a K.O. In MMA, it is also possible to score a K.O. via ground and pound techniques, which is a common form of victory for grapplers.

Beside the regular knockout we’ve talked about in the paragraphs above, there are some other types of situations we’d like to discuss. They are:

Now that we’ve shown you what a knockout is and how it can manifest itself in a fight, it is time to see the exact rules that pertain to them in boxing and MMA.

The Rules of Knockout in Boxing and MMA

As stated, a knockout (often abbreviated to KO or K.O.) is a fight-ending, winning criterion in several full-contact combat sports and happens after any legal strike or a combination thereof that renders an opponent unable to continue fighting, usually due to loss of consciousness. Although not essentially, boxing and MMA have different rules when it comes to knockouts, so let us see those differences.

As we’ve already stated, boxing referees use the so-called 10-second rule to count down a fighter before declaring a knockout; this, of course, only happens when the fighter is not knocked out unconscious. During the countdown, a fighter who’s knocked down needs to get back up and show the referee that he can continue the fight normally. If he is not able to show sufficient signs thereof, the referee will stop the match and declare a K.O.

So, what does this exactly mean? The first situation is clear – a fighter knocks his opponent unconscious and the match is immediately interrupted because it’s obvious that the fighter cannot continue the fight. In the second possible situation, a fighter is not knocked out unconscious, but is knocked down on the mat.

The referee starts to count and if he counts to 10, the match is stopped and a K.O. is registered. If the fighter manages to stand up before that moment, he must show sufficient proof that he is able to continue. If he is conscious and standing, seemingly well, but does not respond to the referee’s questions, the referee will declare a K.O. despite everything.

So, what constitutes a K.O. in MMA? In the first case scenario, a K.O. happens when a fighter loses consciousness after being kicked or punched, which is the same scenario as in boxing. But, in MMA, a fight can be registered as a K.O. even if the fighter is not knocked out unconscious, but rather when he is unable to intelligently defend himself after being repeatedly hit or getting a strong shot to the liver.

The fighter usually falls down and, despite remaining conscious, cannot continue the fight which is why the referee intervenes and stops the fight to prevent further harm.

Another big difference is that MMA doesn’t have counting like in boxing. Namely, since MMA allows for ground pounding, if a fighter is knocked down, the fight can just continue on the ground until one fighter is knocked out or beat into submission, so as to force an intervention from the referee.

Difference Between a KO in Boxing and MMA:

The Rules of Technical Knockouts in Boxing and MMA

A technical knockout (TKO or T.K.O.), or stoppage, is, as we have already explained, declared when the referee decides that a fighter cannot safely continue the match for any reason; this happens during a round. Although not essentially, boxing and MMA have different rules when it comes to knockouts, so let us see those differences.

A technical knockout in boxing usually occurs when the referee deems the fighter unable to normally defend himself in the middle of a round. For example, if one fighter keeps punching his opponent and he’s just taking shots, without defending himself, the referee will jump in, stop the match and declare a T.K.O., because the opponent, although not knocked down, is clearly unable to continue fighting normally. This might also happen later on, as a consequence of an earlier knockdown. This is the main difference between a T.K.O. and a K.O. – a T.K.O. is declared when the fighter is conscious but unable to fight, while a K.O. happens when a fighter is unconscious and cannot continue to fight because of that.

A T.K.O. can also be called due to an injury. If either the referee or the ringside physician declare that the fighter is unable to continue due to an injury, the fight is declared a T.K.O. win for the other fighter.

The situation in MMA is pretty similar. A T.K.O. in MMA occurs when a fighter is being repeatedly hit and cannot defend himself from the barrage, which is why the referee intervenes and stops the fight; this usually happens near the fence or when one fighter has the upper position on the ground. Also, like in boxing, a T.K.O. can occur in case of an injury.

Difference Between a TKO in Boxing and MMA:

A K.O. in boxing is very similar to a K.O. in MMA, and the same goes for technical knockouts. However, there are some small, but important differences. In boxing, a K.O. can happen from a fighter being knocked unconscious, or by being deemed unable to continue by the referee after being knocked down during the fight. In MMA, a K.O. can also occur from being knocked unconscious, but also from any strike that renders the fighter unable to continue (such as a liver shot) to fight and defend intelligently. 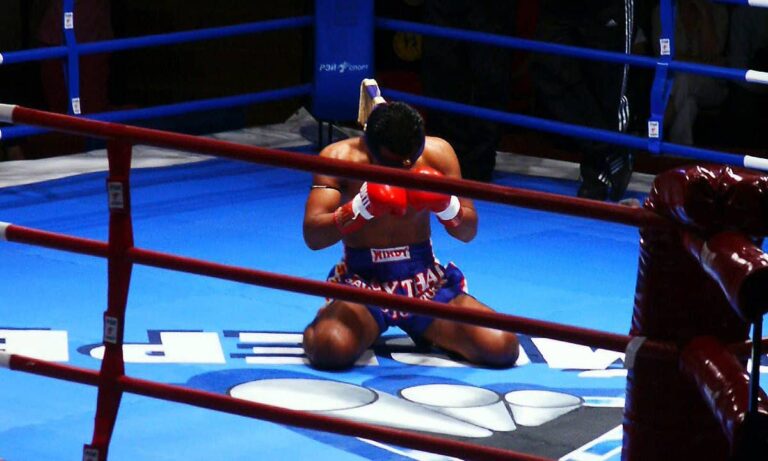 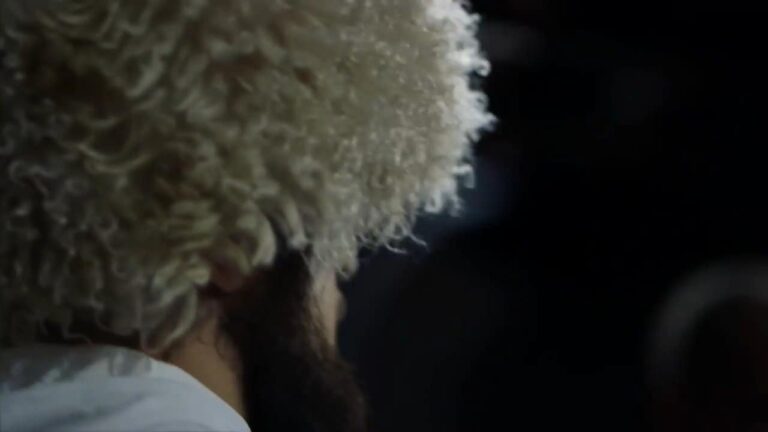 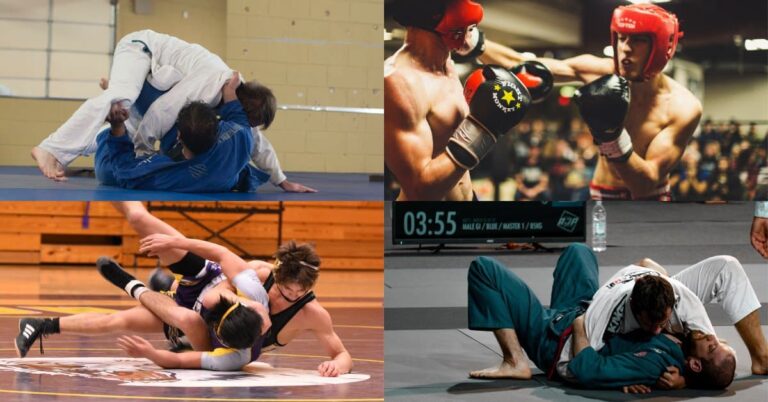 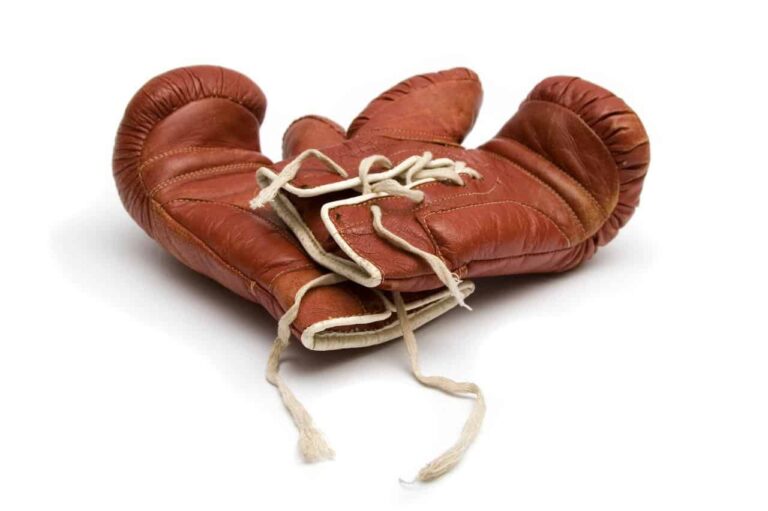 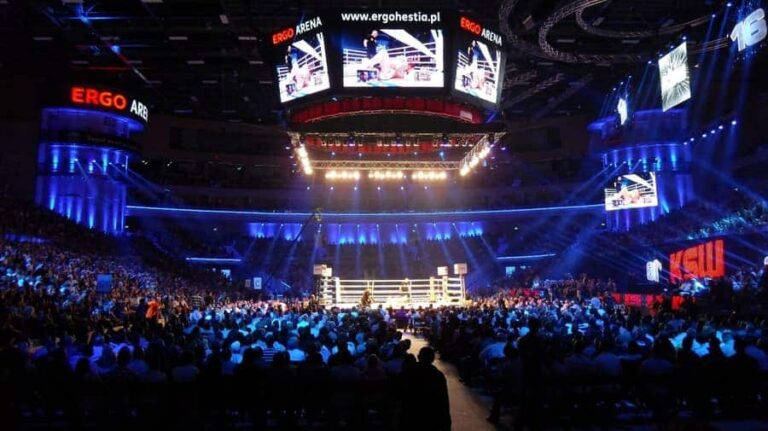 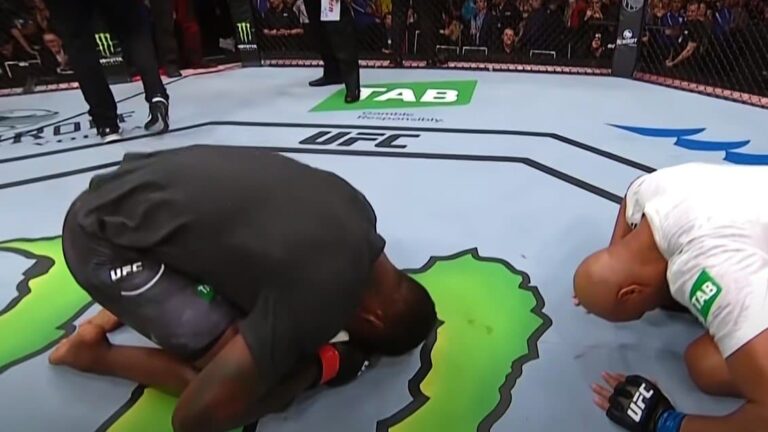