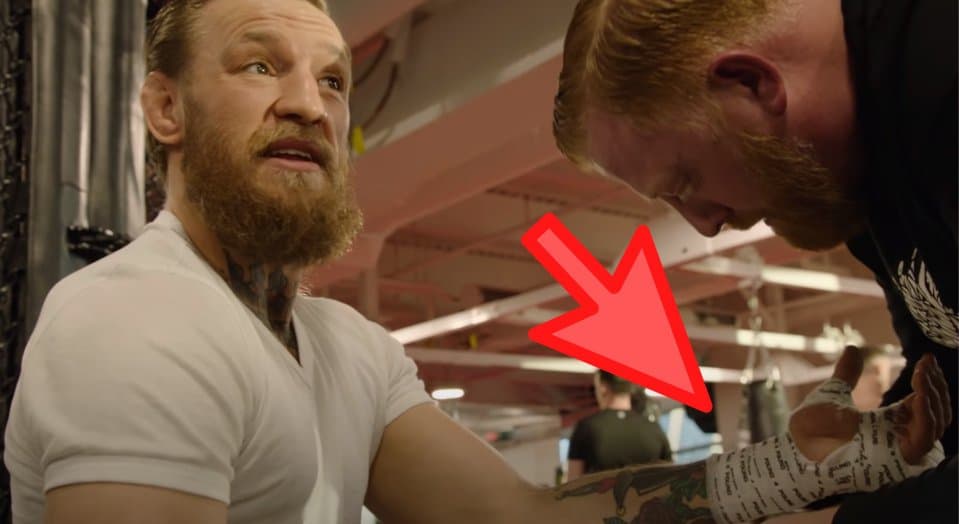 There are two main differences between boxing and MMA gloves. Generally, boxing gloves are bigger. On the other hand, MMA gloves are open-handed, meaning that fingers are pointing out of the gloves.

That is a very simplified answer. So, today’s topic concerns two of the most popular combat sporty – MMA and boxing, i.e. the different types of gloves used in these sports. We’ll bring you an overview of MMA and boxing gloves, before a final conclusion on their utility and effectives.

Everything You Need to Know About MMA Gloves

MMA gloves, also called grappling gloves, are special, open-handed gloves used in MMA competitions. The gloves are small, have open fingers and usually about 4 to 6 oz (ounces) of padding on the upper side to protect the hands of the fighters.

They are called grappling gloves because their main function, beside punching, is to allow the fighter to grapple his opponent, which is why they are so different than boxing gloves. They are a necessary part of MMA equipment.

Beside protecting the hand, such gloves are also used to protect the fighters’ faces from lacerations (and, subsequently, medical breaks), although – interestingly enough – their design still doesn’t guard from serious head trauma (and even brain injury) as the punches using MMA gloves are stronger than the punches used in bare-knuckle fighting.

To summarise, MMA gloves provide good protection for the fighters’ hands and guard the face from lacerations, but they cannot prevent serious and/or dangerous head injuries and traumas.

Historically, open-handed gloves in modern combat sports are relatively new. They were first obligatory in Japan during the 1980s, when that country’s Shooto promotion made the fighters wear them. They were later adopted by the UFC, the world’s largest MMA promotor, and have since become a standard in the world of mixed martial arts (MMA).

There are three types of MMA gloves:

So, to summarise, MMA gloves are open-handed gloves designed for MMA fights and more adapted to grappling. There are three types of MMA gloves, each one used for a different purpose. While they do protect the fighter’s hand and reduce smaller facial lacerations in the opponent’s corner, they are not designed to prevent serious brain injury.

Everything You Need to Know About Boxing Gloves

Boxing gloves are closed, cushioned gloves that are used in boxing and some other combat sports. They are larger in size than the usual MMA gloves and have been introduced into modern boxing in 1867 through Broughton’s Rules; these rules, named after boxer Jack Broughton, first mentioned boxing gloves, but they were necessary only during practice, as people still preferred bare-knuckle fighting over gloves. The situation was unified somewhere during the last century, when boxing gloves became a professional standard.

As for the design, boxing gloves come either with lace-ups or Velcro. The former solution is more secure and provide a better fit, but you’ll need someone to help you putting them on; the latter add more stability to the wrist because the Velcro serves as a second handwrap. Why a second?

Because you’ll always put your gloves above a cotton handwrap to stabilize your fist and avoid fractures. The passing, which covers your fist and fingers, can be made from different materials.

As you can see, the design of proper boxing gloves is slightly more sophisticated than that of MMA gloves, although the guiding principles behind it aren’t that different.

Like MMA gloves, boxing gloves can also be divided into categories, of which there are four:

The numbers prove that there is no substantial difference when serious injuries are concerned, so – despite looking safer, boxing gloves aren’t really that better than MMA gloves.

A study even shows that gloves – both MMA and boxing gloves – even increase the risk of serious head injuries, due to the fighters being able to hit harder while wearing gloves. They both provide better protection than bare-knuckle fighting, but they don’t really protect you from any threatening conditions.

MMA or Boxing Gloves: Which Type Is Better?

If you’re wondering which type of gloves is better, MMA or boxing gloves, the answer would be – they’re both equally good for their disciplines. Ultimately, it all depends on what you want to do with your sporting career and which sport you want to train.

If you prefer MMA and MMA-based sports, you’ll pick MMA gloves because they’re better suitable for such type of combat. On the other hand, boxing gloves are better for boxing and similar sports, but you won’t need to worry yourself there because boxing has a more precise ruleset (that defines more things) than MMA.

That’s yet another article about combat sports equipment. We hope you’ve enjoyed this one as well and that we’ll see you soon. Until then!