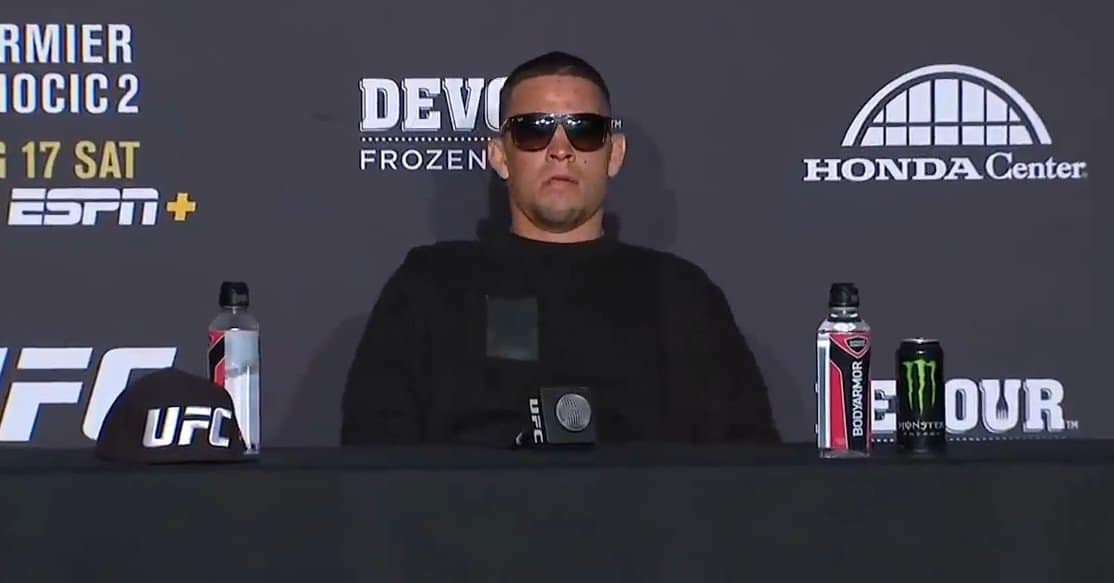 Nate Diaz was never a big fan of the fight between Kamaru Usman and Gilbert Burns, but he showed a thumbs up once when the dangerous Brazilian was replaced by his former opponent – Jorge Masvidal.

“This is what’s wrong with people who claim to be fighters and agree to fight for less because they know they’re actually worth nothing more than that. You should have fought the next one, not the one who was ready to accept less because he was told so. That’s why no one will remember you. This is not a title fight, “Diaz wrote back in June with a poster with Usman and Burns.

Now that there has been a change in the main fight of the UFC 251 event that awaits us this weekend on Yas Island, the popular Stockton fighter has spoken again:

“Real? Well, I’d kill you, outplay you in ‘grappling’ and in boxing … I’d slap you. So don’t talk about real fights,” ‘Durinho’ replied to Diaz.

How do you think the match between Nate and Gilbert would end?