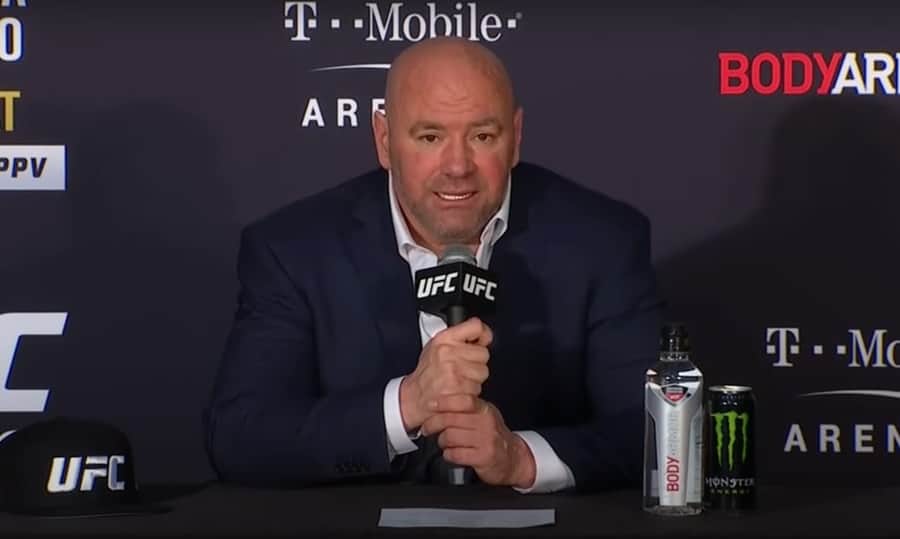 Dana White attended a press conference after the UFC on ESPN 9 show, and there he couldn’t avoid questions about Jon Jones.

The UFC president and light heavyweight champion has been leading a public debate for several days now, which has heated up after negotiations over Jones’ heavyweight transition and a potential match with Francis Ngannou failed.

White then pointed out the financial part of the story as one of the main reasons for such an outcome, and revealed to the media that ‘Bones’ asked for “the money Deontay Wilder earns”, which was immediately compared to some 30 million dollars the former WBC the champion reportedly made money from his rematch with Tyson Fury.

At one point, White also revealed that he had Jones’ text messages that would show who was lying in the whole story, to which the UFC champion responded with a request to publish them freely.

“What to do? Who to trust? It’s up to you to judge. Why would I lie to you? What exactly can I get by lying? It doesn’t matter … Do you understand what I mean? Obviously he’s upset at the moment,” White said Sunday morning. at the mention of alleged text messages.

Dana went on to admit without hesitation that he and Jones had never had a perfect relationship, but also pointed out that ‘Bones’ could only blame himself for his reputation.

“Jones and I have always had this kind of relationship here and there. I always think what he could have become. He could have been LeBron (James) of this sport. He could have been so great. But to show up after everything he’s been through and think that he can get $ 15, $ 20 or $ 30 million – that’s crazy. He can do whatever he wants now. He can pause, and he can fight. “

White also recently said that he sees Jones as the best fighter of all time, but now he points out that this is not enough for him to ask for that much money.

“Being the best of all time doesn’t mean you can get $ 30 million, but you can get it if you sell well. Jones did so much for himself, and in one ‘tweet’ he said his reputation was tarnished because of me. Indeed, I “I’m guilty? I think you’ve done a very good job of it yourself. It’s certainly not up to me,” White concluded.