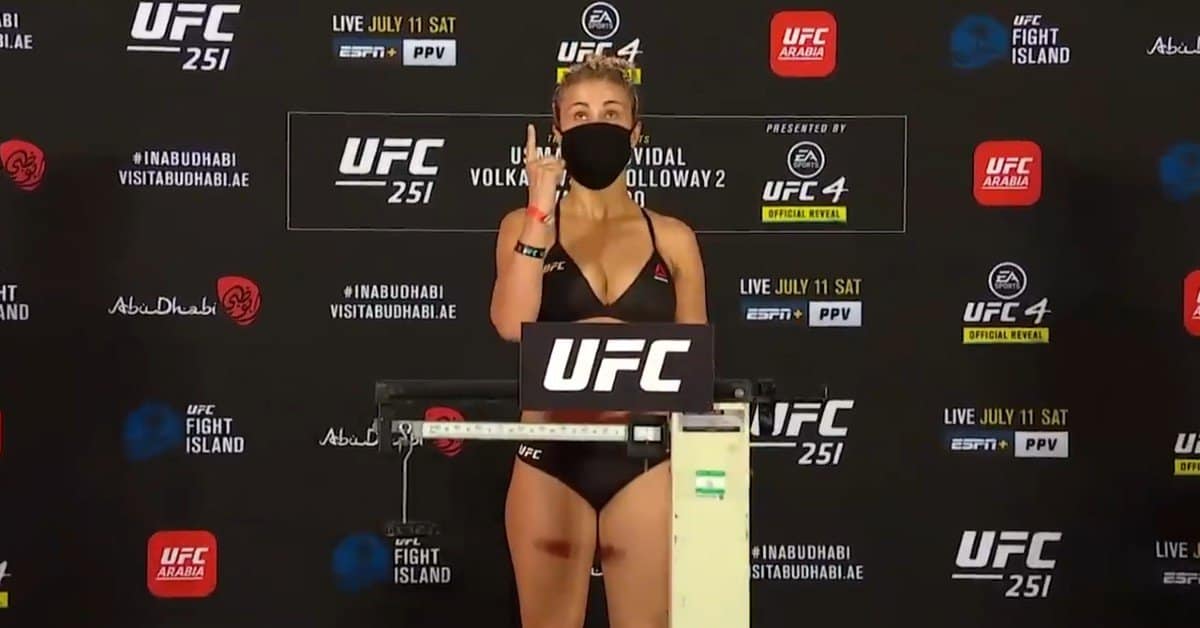 Prior to UFC 251 fighting Amanda Ribas, Paige VanZant was adamant in her intention to test the free market after the fight, that is, to see what others could offer her. Namely, the fight against Ribas was her last on the contract, with which she was by no means satisfied and therefore great attention was paid to how she would do it. In the end, what she did not hope for happened, she was convincingly and dominantly defeated, which in no way puts her in a good starting position for the negotiations that follow.

At the press conference held after the event, Dana White also gave her a brief comment.

“I love Paige. But … It’s like with Blaydes and his last fight. When you talk so much about something, like you’re not paid enough, you know what I mean? You don’t fight regularly, or once in the last year, you suffer a lot of injuries … And in the end you get so broken in the first round of the fight? Yes, I think she should definitely test the market, she needs to see what others can offer her, “White said after the fight.

With 2.6 million followers on Instagram, VanZant is, if we take that as a criterion, certainly the most popular female fighter in the world. In the past year and a half, between this and the previous fight, she has said many times that she is not satisfied with her income and that after this fight, regardless of its outcome, she will test the “free agency”. The UFC is likely to give her its offer to pursue a career, and it will be up to her to decide whether to pick someone who might offer her more.

White has previously expressed dissatisfaction with her statements, especially those where she stated that she earns more by posting on Instagram than as a UFC fighter. We can assume he resented her statement like that, since without the UFC and the platform she got as a fighter, she wouldn’t have come up with any of it. Now we will see if another promotion, and there is no doubt that there will be many interested parties, will offer her more. This way from the side, somehow it seems that what she wants could be offered, apart from the UFC, only by the ONE Championship or Bellator, which is constantly working on hiring popular and famous fighters. In women’s MMA, something will find someone who better fits those criteria.

"You talk all that stuff about not being paid enough… Then got smoked in first round of the fight."