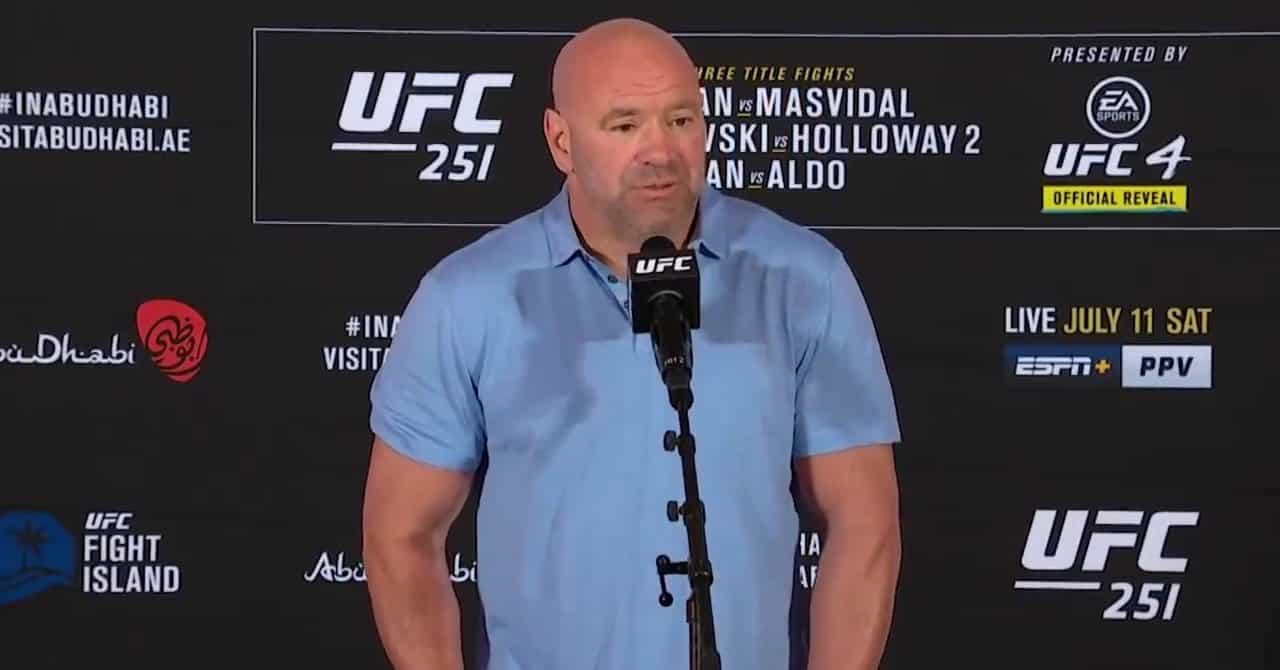 Dana White is thrilled with the current situation and the way his story unfolds around ‘Fight Island’, the UFC 251 event with which he begins a series of events on Yas Island.

The president of the UFC praised the media in such a way that this event has already been a huge success and that it is being talked about more than ‘Conor McGregor’s fight’.

“If you look at the numbers and everything that’s going on, this is one of the most successful shows we’ve done so far. I just left a meeting with the fighters and this is talked about more than Conor McGregor’s fight. The only thing comparable to this fight is the Conor and Khabib, ”Dana White said enthusiastically as he praised UFC 251, which is led by a Saturday night clash between Kamaru Usman and Jorge Masvidal.

“I’m going to give you one interesting statistic now,” White continued.

Now we just have to see if the event with as many as three fight for the title will live up to expectations and whether White’s self-confidence will be reflected in PPV sales.