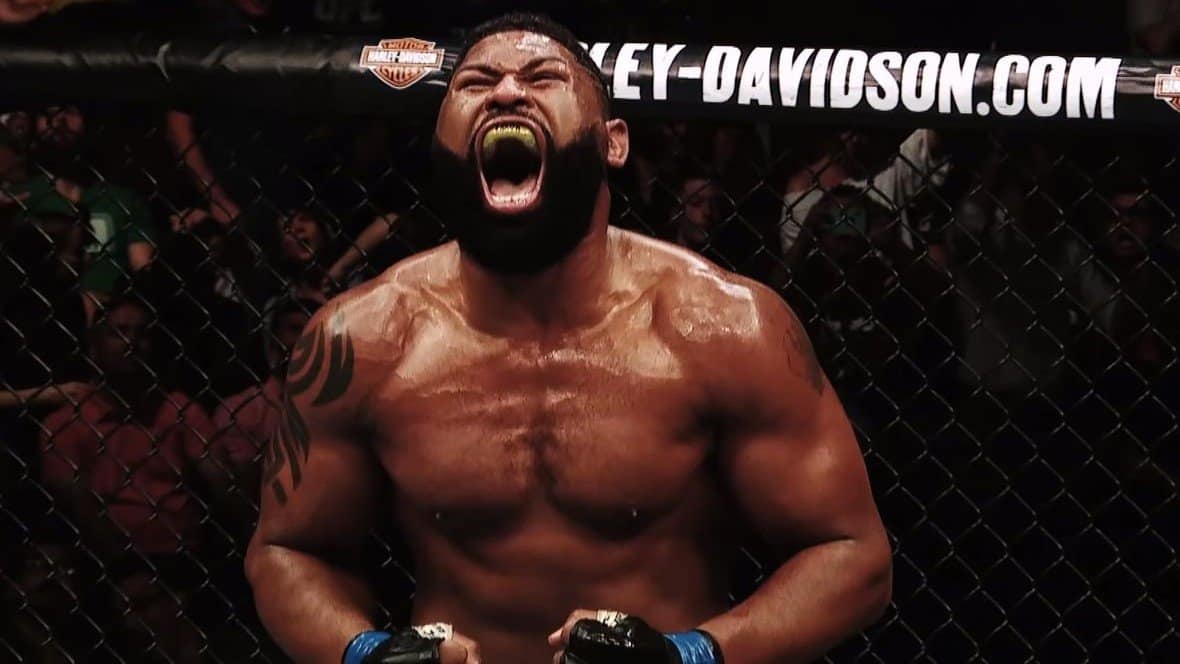 It didn’t take long for Derrick Lewis to get his first roll call after recording a win in the main fight of the UFC Fight Night 174 event. The new record holder in the number of knockouts in the history of the heavyweight category has been called out by Curtis Blaydes.

“I call dibs fighting @Thebeast_ufc @ufc,” Blaydes wrote on Twitter immediately after the fight between Lewis and Oleinik ended.

If that fight happened, it would make a lot of sense. Lewis was in fourth place in the heavyweight rankings before the fight against Oleinik, while Blaydes was one position ahead of him. Only Stipe Miocic, Daniel Cormier, and Francis Ngannou are better ranked than them, and Ngannou seems to be the next challenger after Cormier and Miocic finish their trilogy next weekend.

After the fight against Oleinik, Lewis announced that he intends to lose twenty pounds and that he will not fight until around December, since this is the period he believes he will need to achieve that goal. Blaydes last fought on June 20, when he recorded his fourth win in a row against Alexander Volkov. Within his UFC career, he was defeated only twice, both times by Ngannou.