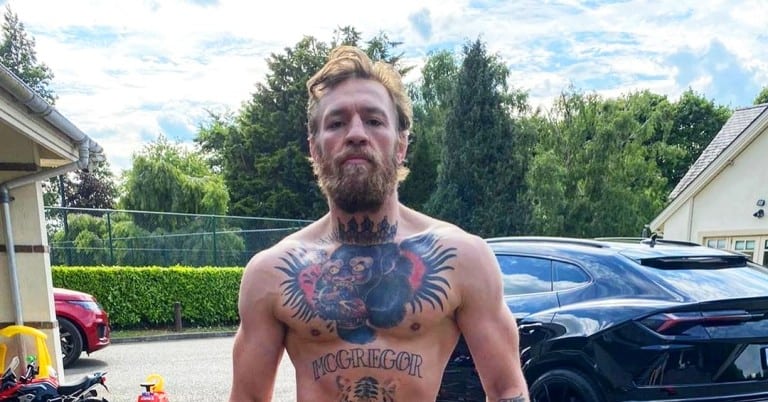 Conor McGregor decided to explain in detail the reasons for the suddenly announced retirement from UFC.

After Conor McGregor once again stirred the spirits by announcing his retirement, that is, leaving the sport, Ariel Helwani managed to reach the Irishman. McGregor thus revealed in a big interview for ESPN what prompted him to post about retirement and revealed that it is actually something he has been feeling for a long time. And while that is the case, he has no intention of fighting.

“They should have just kept the ball rolling. I mean, why are they pushing [Khabib Nurmagomedov vs. Justin Gaethje] back to September? You know what’s going to happen in September, something else is going to happen in September, and that’s not going to happen. I laid out a plan and a method that was the right move, the right methods to go with. And they always want to balk at that and not make it happen or just drag it on. Whatever I say, they want to go against it to show some kind of power. They should have just done the fight — me and Justin for the interim title — and just kept the ball rolling.”

Said McGregor, adding that he was serious in his intention and that he had actually written the message left today two weeks ago.

“I’m a bit bored of the game,” he told ESPN. “I’m here watching the fight. I watched the last show — the [Tyron-Woodley-Gilbert Burns] show — I watched the show tonight. I’m just not excited about the game, Ariel. I don’t know if it’s no crowd. I don’t know what it is. There’s just no buzz for me.”

When he did a fight against Donald Cerrone in January, Conor revealed that he intended to fight in the spring, and then in the fall, against the winner of the fight, Nurmagomedov, and Ferguson. He was left without a spring fight for reasons known to all, while he was left without a performance in the fall because Khabib did not fight in the end and because then he has the obligation to defend the title against Justin Gaethje.

“I had my goals, my plans, the season. I had everything laid out,” McGregor said. “Obviously the world has gone bleeding bonkers at the minute. There’s f— all happening at the minute. They want to throw me up and down weights and offer me stupid fights. I don’t really give a f—. I’m over it.”

“There’s nothing there for me,” McGregor said. “I’m trying to get excited. I’m trying my best. And when the Anderson one came along, I was like, yeah, s—, that’s a mad fight. And then everyone said he’s old and over the hill. I was, like, ‘What? Fighting a former light heavyweight and the middleweight GOAT, and the actual GOAT in my eyes, that’s not a rewardable fight?’ And you know, you’re actually right. It wouldn’t be rewarded. I would go in there and put him away, Ariel, and then what would happen? They’d say he’s old and he’s over the hill and he’s past his prime and all.”

Conor doesn’t really seem to be concerned with the financial side of his contract. After all, the UFC has always given him as much as he wants so far. Probably the drop that spilled over the glass was the last statement by Dane White, who stated that Conor should rest and wait to see what would happen. And something like that seems to frustrate him the most.