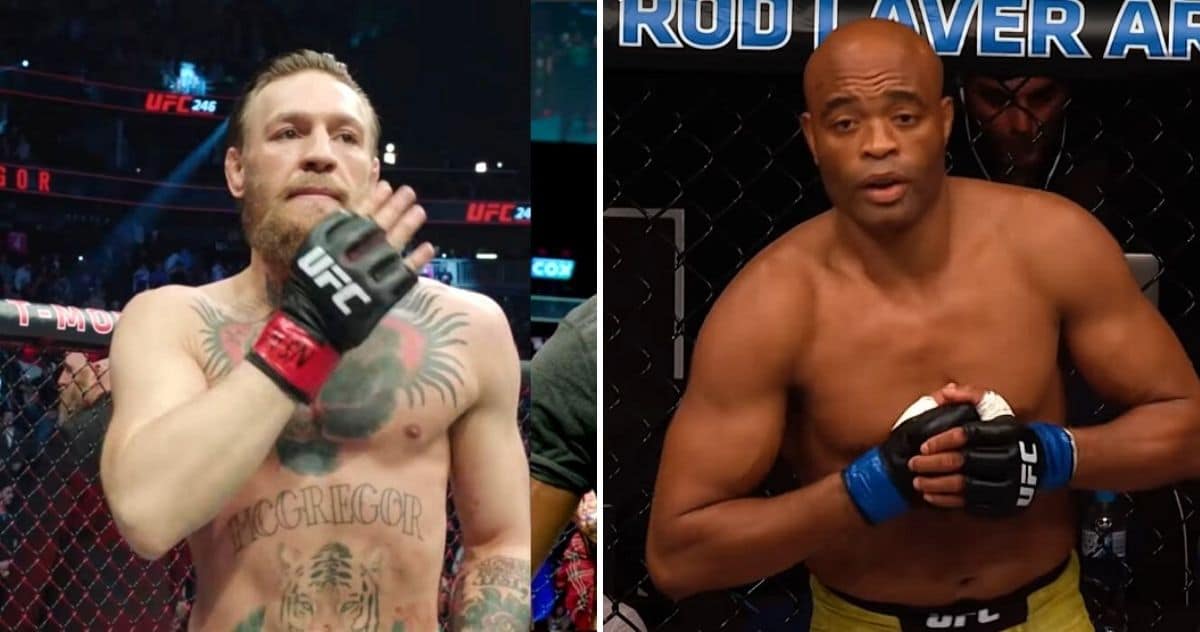 Anderson Silva is trying to force a fight against Conor McGregor for a long time now, and it looks like he will get his wishes fulfilled, according to TMZ.

It has to be said, it is still not official, because Dana White has not made any official statement about that fight, and he did earlier said that McGregor has some other fights he has to fight before Silva. But, with both fighter ready to fight, it looks like we will see that match after all.

Silva is calling out for a fight against McGregor for some time now on his social profiles, as you can see belove.

SUPER ??FIGHT 176.37LBS Tenho uma imensa admiração pelo grande atleta Conor e acredito que um super fight seria algo histórico para o esporte, nem um de nós precisa provar mais nada a ninguém; acredito que os fãs do ufc e do esporte gostariam de ver este grande espetáculo marcial, testar minhas habilidades marciais com ele seria fantástico!! I have immense admiration for the great athlete that Conor is and I believe that a super fight would go down in the history of the sport, neither of us need to prove anything to anyone; I believe that fans of the UFC and of this sport would like to watch this great martial arts spectacle, it would be fantastic to test my martial arts skills against him!!

But this is the first time he got an official response from McGregor, and it is just what he wanted.

This would be a big, great, and amazing fight, in which both of them, as Silva said, don’t have anything to prove. That is why we are not completely sure if UFC will organize that match, at least not immediately. They currently have other plans for McGregor, and those plans include fighters like Khabib, Nate Diaz, and Tony Ferguson, just to name a few.

One of the only fighters McGregor has real respect is Anderson Silva, and he already said he thinks that Silva should go down as the greatest UFC fighter of all time.

Just like in match with Floyd Mayweather, fans would surely be overwhelmed to see these two popular fighters go one against another. But, it has to be said, that Silva is a long time past his prime, and that he lost 4 of his last 5 fights, so this might not be such an amazing match the fans are hopping, and that it would surely be if it was earlier in Silva’s carrier.

Anyway, we would like to see that match, and I am sure fans of both fighters would as well.