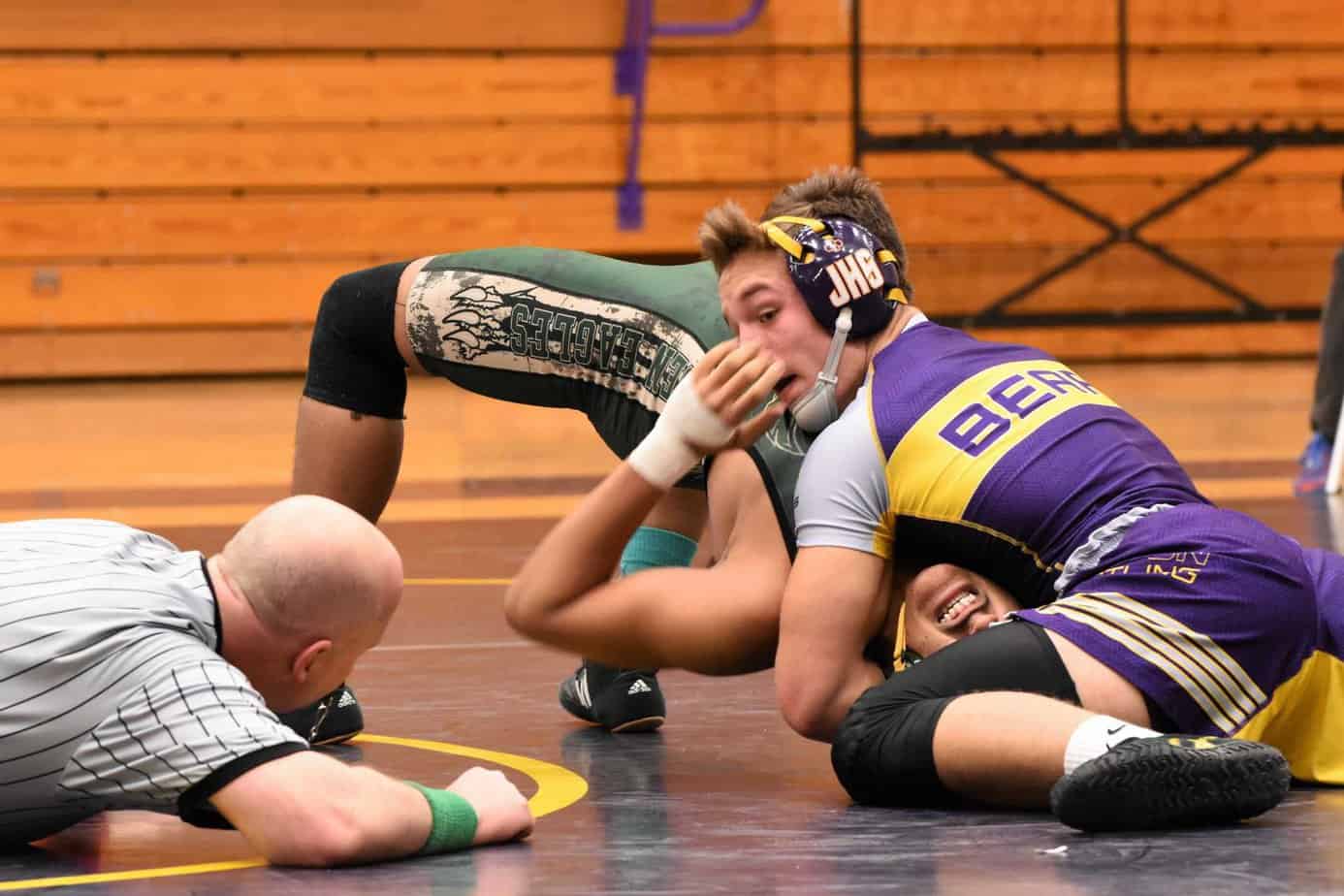 We all know about freestyle and Greco-Roman wrestling. These are the two most famous styles of wrestling and they are practiced widely around the world and in official competitions, such as the Olympic games. But wrestling also has another major style – specific for the United States – and that is collegiate (college) wrestling.

Collegiate wrestling is type of wrestling practiced at the college and university level in the United States. It allows both the use of wrestler’s or his opponent’s legs in offense and defense.

Although it’s primarily associated with American collegiate sports, collegiate wrestling is also a distinct style of wrestling, which is why it deserves some extra attention. In order to present you all of the basics of this sport, we shall dedicate today’s article to the very special sport of – collegiate wrestling.

What Is Collegiate Wrestling?

Collegiate wrestling “was developed” in 1903, when the first intercollegiate fight between Yale and Columbia took place. The sport further developed as an unofficial one, i.e. as just wrestling practiced at university level, only to become one of the most popular amateur forms of wrestling by the 1950s.

How Is Collegiate Wrestling Different from Other Styles?

Another similarity between the two lies in the fact that both styles allow the use of one or both of the opponent’s legs in both offense and defence. Greco-Roman wrestling has more strict rules pertaining to such moves.

So, now that we have established that collegiate wrestling is different from other major international styles, let us present the distinctions in short.

This is also evident in the different regulations pertaining to takedowns. Namely, control has been the focus of collegiate wrestling since its beginnings and the referees would always measure the so-called “riding time”, the time during which one fighter had control over his opponent.

This time was initially so important that it was used to determine winners in fall-less battles, but its importance gradually declined over the years and although it is still measured today, it’s not decisive; on the contrary, this time is, today, worth one point at most.

Another difference is present in the scoring system. So-called “exposure points” are, in collegiate wrestling, not given for simply forcing the opponent to the mat, i.e. the ground, rather – one has to force one shoulder down and hold the other under a specific angle for a certain period of time in order to get points. These points are called “near fall” points and are specific for collegiate wrestling. This is also another example of how collegiate wrestling favours control over takedowns and other techniques.

Oh, in case you were wondering – submissions are not allowed. That is, actually, logical for a sport that favours control hands-on control over aggressive techniques.

The collegiate wrestling season usually takes place from October/November until March. The governing organisation is, as stated above, the NCAA, an organisation that is in charge of all collegiate sports in the United States.

The top NCAA tournament is the Division I championship, held annually. There are 10 weight divisions in total (125 – 285 lbs). A collegiate career usually lasts three or fours years, but there have been cases – mostly historical – where collegiate careers lasted more than four years (p.e. because they were interrupted by conscription).

The Division I championship is the highest national competition in collegiate wrestling. That is the championship for the best of the best. But before reaching it, wrestlers have to go through local, county, state and regional competitions, which serve as a form of qualification for the Division I tournament, although each of them award separate titles. To make it simpler, we’ll compare it to the NBA.

The NBA Finals are the main event of the season, but before coming there, teams have to participate in their respective Divisions, Conferences and Conference Playoffs before reaching the Finals. Although all these levels present a form of qualification for the Finals, teams are still crowned Division and Conference champions. That’s how the NCAA functions as well.

The NCAA championship is divided into team and individual competitions. The current team champion is Penn State, who won eight of the last nine competitions; we have to state that the 2020 edition was cancelled due the COVID-19 pandemic. With nine titles in total, Penn State is only the third most successful university in the history of collegiate wrestling. The second is Iowa, who won 23 titles in total, the last one in 2010.

The most successful university is Oklahoma State, who won an incredible 34 championship titles, the last one being in 2006. Iowa State has 8 titles, Oklahoma 7, Minnesota 3 and there are is a total of six universities with one championship title (Ohio State, Arizona State, Michigan State, Northern Iowa, Cornell College and Indiana).

As far as individual competitions go, there are to many multiple champions for each category to name them all so we can refer you to Wikipedia if you’re interested in a full list. But despite all of them, the are only four that have won the championship a total of four times. They are Pat Smith (1990-1992, 1994), Cael Sanderson (1999-2002), Kyle Dake (2010-2013) and Logan Stieber (2012-2015) and can be considered the most successful individual collegiate wrestlers in history.

If you are interested in starting wrestling check out what are the benefits of wrestling. Also, if you are looking into the transition from football to wrestling, or otherwise, we have explained in detail how the two are connected.

That covers our coverage of collegiate wrestling. We hope you’ve enjoyed it and that we will see you again soon.