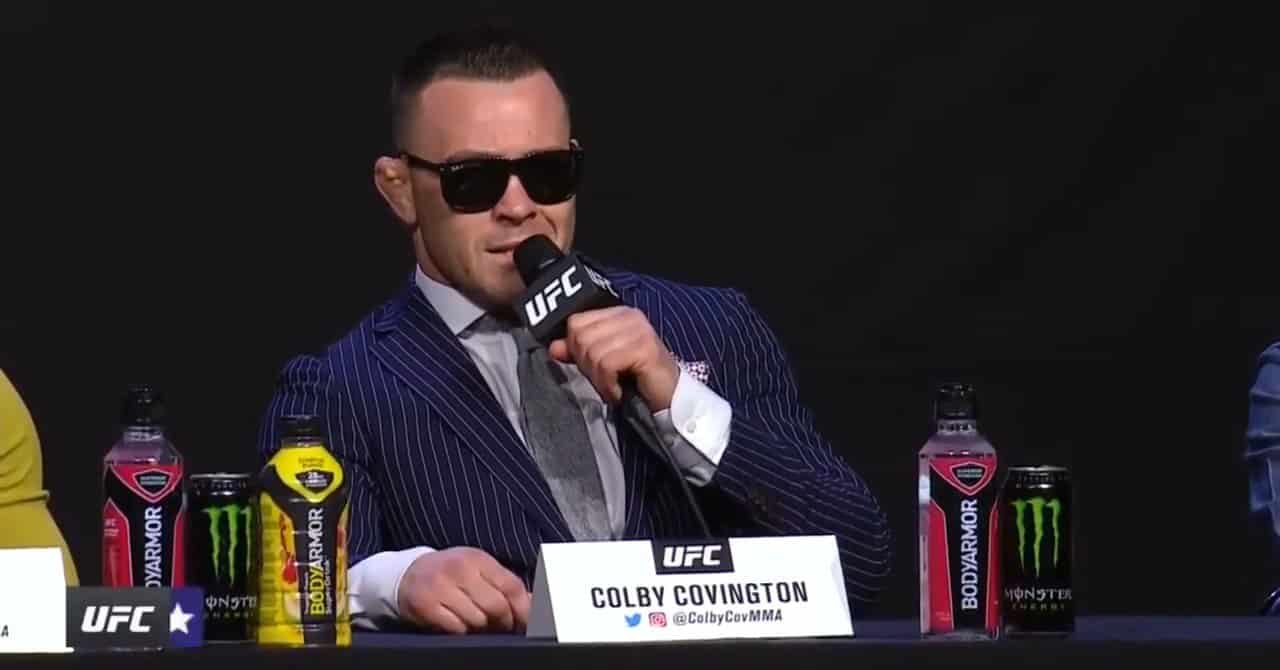 The fight between Tyron Woodley and Colby Covington can never be arranged. New problems came to light when Covington yesterday posted a photo of the contract for the fight to be held on August 22, which he claimed Woodley refused to sign. The former champion then sent a message to ESPN, stating that he accepted the fight, but that the date was never in his game.

What the matter really is, Covington revealed through his latest statements. He explained that he felt that everything had been agreed and that he was therefore unpleasantly surprised that Woodley did not accept the offer. But it is not a problem for him to wait a few more weeks for the fight, if it will finally take place.

“Why can’t he suddenly fight in August now? He said he was ready to fight me last week. We should have fought, we had a verbal deal with the UFC. I signed a contract, why won’t he now? He’s talking shit, how I avoided him, and the only one who avoids something is him. I only refused to fight once and that was when I had a nose operation and they asked me to jump in four weeks before the fight. After that he went to shoulder surgery out of fear, and then he was looking for fights against lightweight fighters, like Nate Diaz. If he can’t get an easy fight, of course he will apologize. That’s exactly what he’s doing.” Covington told MMA Junkie

“He is obliged to appear and answer for everything he said. Whenever he is ready, so will I. I am ready as early as next month, but if he needs time until September, we will fight in September. He will certainly try to avoid this. I believe he will show up, just to be a big brother and save little brother Masvidal who is looking for any way he doesn’t have to fight me. So, send big brother Woodley and I’ll retire him. I’ve been saying for years that I will I will be the one to retire him and here, that opportunity is here. The moment he signs the contract, he has signed his retirement. “

He believes that it is in the interest of the UFC to organize their clash, as it would gain a lot of attention and an event that fans will follow.

“This fight has been building for years and people want to see it, it’s time to have it. We have everything it takes to sell that fight. He is still a former champion and a great fighter. Yes, he has two defeats in a row, but he will be hungry to fight me. He’s a liberal, I’m a Republican. He hates Trump, I love Trump, so I want him to come and answer for everything he’s said about Republicans in the past. This way I represent every Republican in America,” Covington added.

As much as they both keep repeating that they are ready for that fight anytime and anywhere, it’s a bit unbelievable that the same hasn’t been contracted yet. Maybe now the time has finally come, most of the UFC shows planned for late summer and early fall still don’t have a major fight.