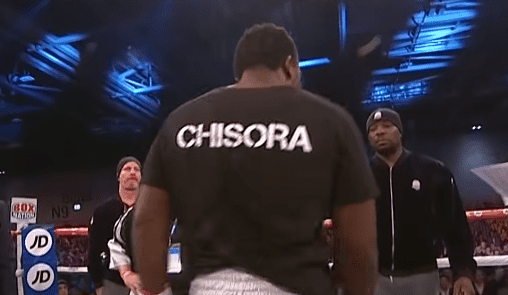 One very interesting piece of information related to MMA comes from the world of professional boxing. The extremely popular British heavyweight, Dereck Chisora, announced his performance in Bellator’s cage as early as next month.

The match between Dereck Chisora and Oleksandr Usyk is just one in a series of big boxing matches that were canceled due to the pandemic, and their new contract, ie a new date and location, is currently awaited. The one originally planned was on May 23 at London’s O2 Arena, which should remain the venue. But there is no information about the date yet, so Chisora decided to explore other options.

“If the date for the match against Usyk does not appear soon, I will do the fight in Bellator while I wait for him. I will enter the cage, we are currently negotiating with them for the fight that will take place in the UK in July,” he said. for ESPN, and for Bellator something like that would certainly be a top job, which would take a large number of boxing fans to their cage.

Chisora ​​thinks he is ready for something like that, as he has been training regularly for a long time with one of the most famous MMA teams in England, from which a large number of famous British wrestling stars have come out.

“I’ve been training MMA for two and a half years in the London Shootfighters with Alex Demetriades. And I’m sure I can do MMA while preparing for Usyk. That is, I can do both at the same time,” he announced.

Bellator has yet to officially announce its first performances after returning to the stage, although they said July should be the month in which it happens. But there was no mention of other locations than Paramount’s studio, so this with the European event is certainly a pleasant surprise. Yet if the 36-year-old “Del Boy” really performs there, the spectacle would take on a whole new dimension.