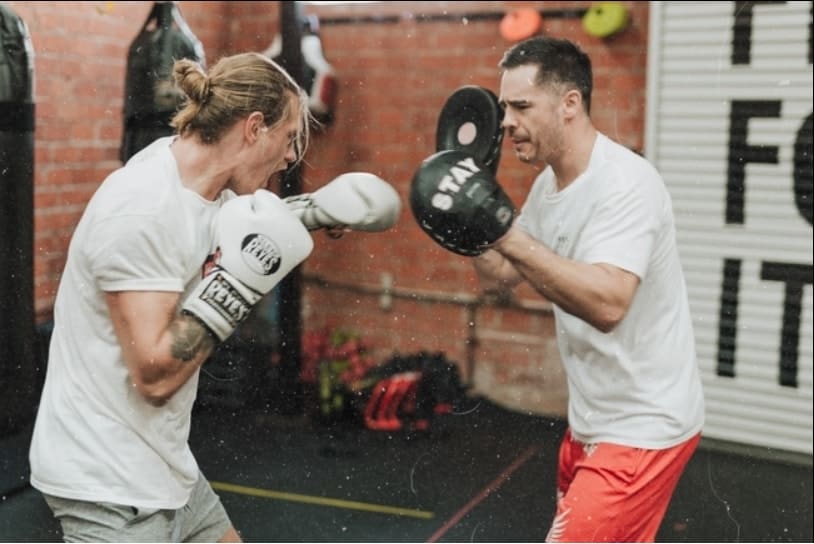 Aerobic exercise, also known as cardio, has become increasingly popular in recent years and is now one of the most popular ways of exercising around the world. Aerobic or cardio exercising is based on the aerobic energy-generating process, which refers to the utilisation of oxygen to meet our body’s energy demands via aerobic metabolism. Although it boomed in recent years, the idea itself is about a century old.

Brief History of Cardio Exercises and Their Importance

British physiologist Archibald Hill introduced the concepts of maximal oxygen intake back in 1922 and was crucial for understating the metabolism of human muscles; Hill, together with German physician Otto Meyerhof, shared the Nobel Prize in Physiology or Medicine that same year. The concept became so popular that many scientists and universities around the world soon started doing measurements based on it.

World War II put things on hold for several years, but individualistic outdoor exercise, like jogging, started becoming popular right after the war and there was a so-called “running boom” during the 70s, inspired by the rising popularity of the Olympic Games.

This practically coincided with the development of aerobics, that started during the 60s and reached its peak during the 80s, when Jane Fonda’s globally known exercise videos popularised the discipline and brought it to homes around the world.

Today, cardio is most often associated with outdoor activities such as jogging or running, swimming and cycling, but the system was soon applied to some indoor activities and also to those that can be performed both indoors and outdoors.

Among the latter is one martial art – kickboxing – and it is exactly cardio kickboxing that we are going to talk about in today’s article, bringing you the general idea, basic concepts and expectations behind a very interesting blend of generally quite different philosophies and activities. So, let’s get started!

What Is Cardio Kickboxing?

It is a fairly new phenomenon that developed in recent years and is, so far, the only martial art adapted to the rules and concepts of aerobics.

It is a very high-energy type of exercise and is quite challenging to both beginners and experienced athletes. It is mostly done by combining the essential elements of kickboxing – punches, kicks, etc. – with high-paced, rhythmic music that has a very strong psychological effect.

An instructor leads the group and instructs them to practice different punches and kicks to the music in the background, thereby combining the necessary elements. Both upper and lower body movements are utilised.

A training session includes a warm-up and cool-down phase, as well as the very important stretching exercises. Because of the high pace and the complexity of movements, stretching is essential in avoiding injuries, but also if you want to advance, since better flexibility allows for the realisation of more complex moves.

Despite utilising kickboxing, cardio kickboxing is not a martial art! It is a non-contact form of exercise where the kickboxing moves are just a way of exercising, rather than fighting. So, if you want to learn how to fight, cardio is definitely not for you, but if you want to be healthier – certainly!

Typical sessions last from 30 do 60 minutes, depending on the gym and training sessions can burn between 350 and 450 calories per hour, which is a pretty large amount.

Here is an example of how cardio kickboxing workout looks like:

Can You Lose Weight with Cardio Kickboxing?

For people taking on cardio kickboxing, we only have to say – be prepared. It is a very demanding programme and you will have to invest a lot of energy to follow it through. Certainly, the benefits are exceptional, but you have to give it your best, maybe even more than in some other sport or exercise.

As stated, you could burn around 350 do 450 calories per hour, which is a great and very efficient way to lose weight and generally be healthier due to all the benefits for your organism. Since it involves a lot of high-pace movement, cardio kickboxing is, although a non-contact form of exercise, a great method of stress relief, which is very useful in these modern times, when most people suffer from some form of stress.

Because cardio exercises rely so strongly on oxygen, they have a plethora of health benefits for the trainee so it is generally advised to do them more than not. The first set of benefits is related to the upper body and the cardiovascular system.

The total amount of erythrocytes (red blood cells) in the blood is also increased and due to trainees burning a lot of calories, the vascular system gets a lot cleaner as cholesterol is also destroyed during the process of working out. The exercises can also stimulate bone growth and can significantly decrease the risk of osteoporosis. The risk of cardiovascular diseases is generally reduced.

The second set of benefits is related to the neurological system. Science has proven that cardio exercises generally benefit the brain as well as the heart. The brain’s structural connections are improved and there is a significant increase in grey matter density.

Cardio exercises also stimulate the growth of new neurons, which is vitally important for our neurological health. Improvement is also noted with general cognitive functions and mental health, especially because such exercises significantly reduce the level of stress and frustration of a person.

The third set is a set of general corporal benefits. Cardio diseases increase out muscle structure and make them stronger, more enduring and healthier. Our body becomes more flexible and we can increase our speed and agility.

As for the bas sides of cardio training, there really aren’t that many. There is a small risk of injuries due to very straining and repetitive movements usually done during cardio training sessions. Cardio is also not a very efficient approach to building your musculature, unlike some other martial arts and sports, but that really depends on what you want to do with your body.

Also, cardio trainings don’t generally burn fat that efficiently, unless you do them consistently, but that relates to what we have said above – cardio training is very demanding and it will pay off only if you invest a lot of your energy and willpower into it. In any other case, you will not get the full set of benefits cardio trainings can give you.

That covers our analysis of cardio kickboxing, a very specific blend of aerobics and martial arts. If you want to find more about the latter, please follow us and see you next time!