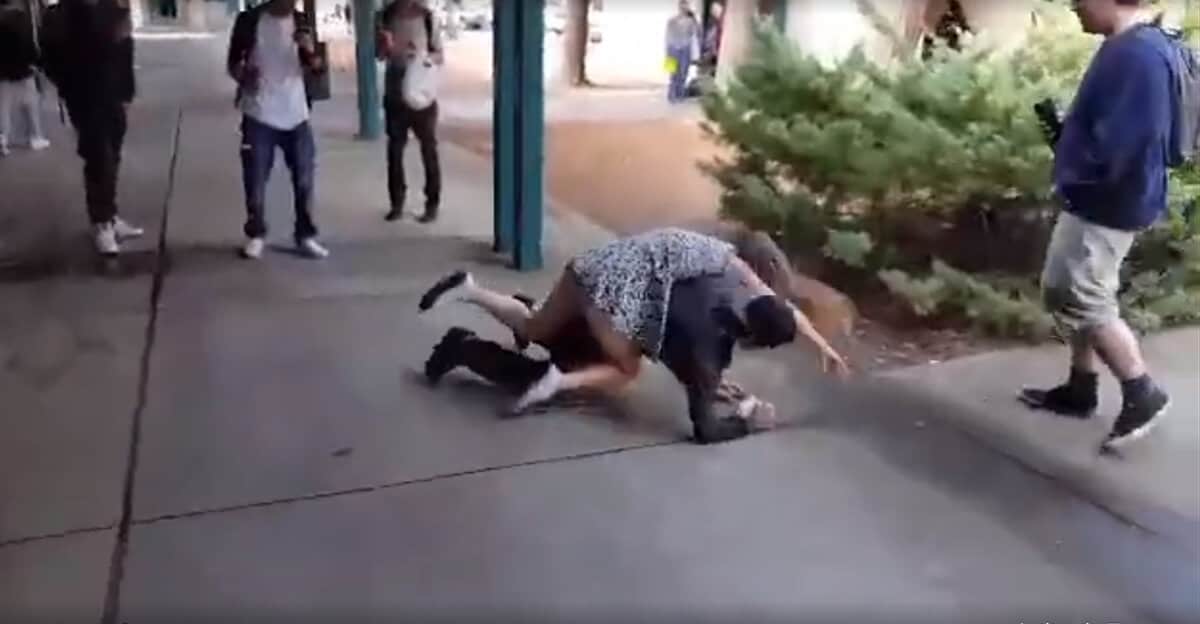 After MMA gained popularity, there are more and more talks about inter-sex MMA fights. And even thou they are rare, with two well trained MMA fighters from both sex, you can occasionally see trained MMA women fight with untrained men, and video in this article is the result of those fights.

We are not supporters of fights outside of the ring, especially not trained fighters against untrained people, but this guy had it coming.

The boy, who is a freshman at California’s Sonoma Valley High School, had been bullying the girl online. The girl, also a freshman, attends Creekside High School, an alternative school on the campus.

Per information, the girl had about six years of Brazilian Jiu-Jitsu training, and its BJJ school also had MMA training, as you can probably conclude from the video.

She confronted her harasser about the posted messages, and he doused her with water. She then defended herself ably, even nobly.

The girl takes him down with a body lock. Then she moves towards his back but quickly realizes she will not be able to rise in time and move to secure a grip from the front.

The boy rises off the floor, and while he does, she maintains a grip on the head and lands a knee. As the boy collapses to the floor, she goes away.

At that moment the piercing sound of a teacher or administrator’s voice can be heard.

At that point, the trained girl shows another important self-defense talent – she starts running! The school official sprints off in pursuit, but with no luck.

The official’s reaction, however, illustrates a common problem with defending yourself. If you successfully use martial arts skills to defend yourself, the authorities can blame you. Ironically, if the girl had been untrained, and the boy had knocked her to the ground, the school official would not have been shrieking at her.

The boy has a black eye, a small reminder to be a better person. The girl has been suspended, and in a travesty faces a possible battery charge.

“The lesson to come out of this is to think twice, and if it’s not nice, don’t post it,” said Creekside High School principal Sydney Smith.